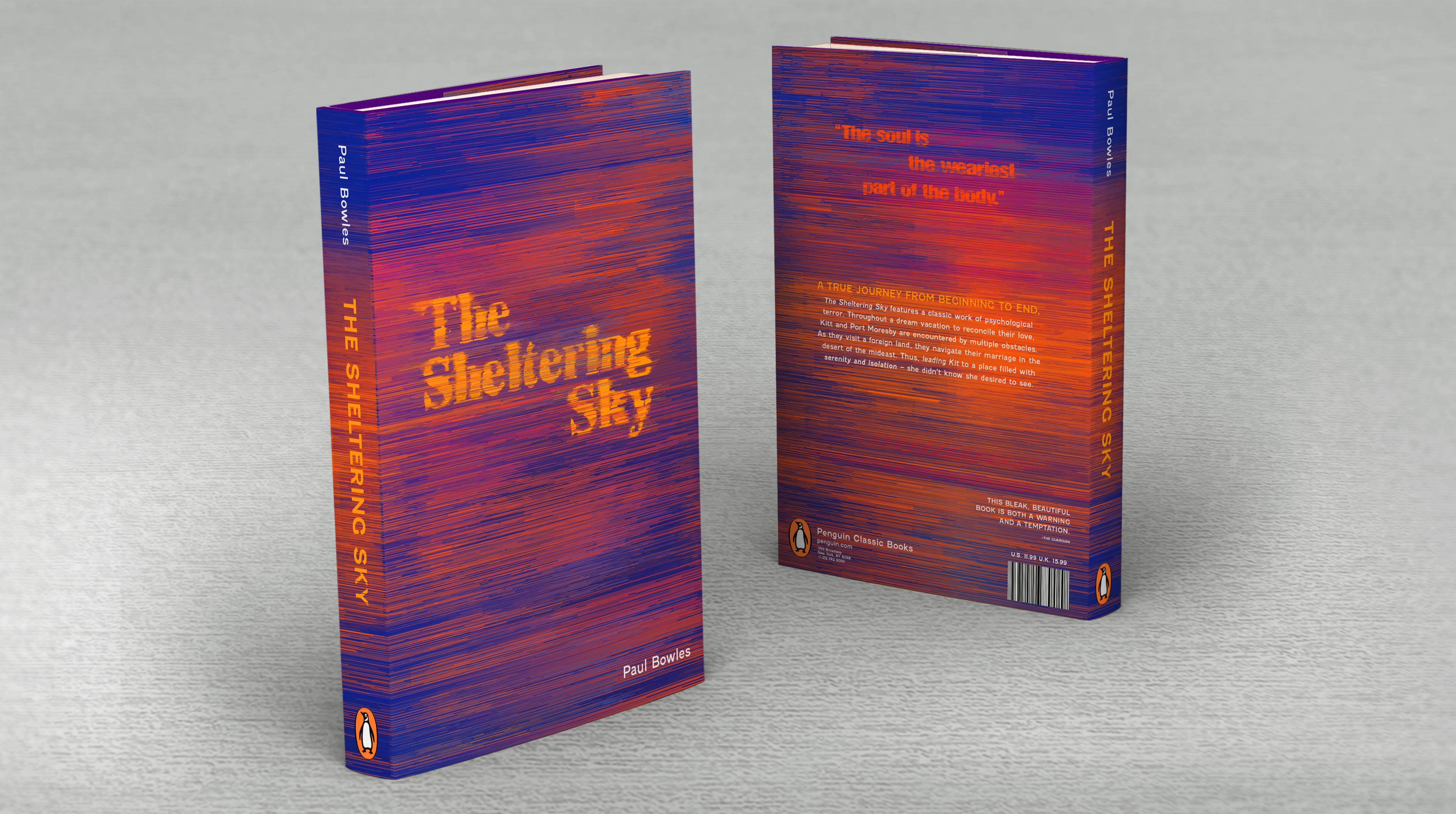 The book The Sheltering Sky, is an overall story of three travelers abroad in post-war Africa. While there, they find themselves destroyed and distraught over what they see there. The travelers, Port and Kit Moresby then George Tunner have a weird relationship as Port and Kit are married but George has hopes to seduce her. Talk about a terrible third wheel… Port however, isn’t the best man either who cheats on Kit one night with an Arab girl who robs him. As they travel on, the three travelers meet a really obnoxious family from Australia (The Lyle’s). Port realizes that his passport is missing and that it has been sold on the black market back in Messad. Port then figures out that the Lyle son is the one who had sold. However luckily the commander of the local military arranged for them to travel to Bou Noura.

Port suddenly grows ill, and urges Kits (who finally agrees) to leave for El Ga immediately. Port really just wanted to separate Kit and Tunner. However, on the trip over, Port's condition gets even worse and when they arrive the hotel is shut down due to a meningitis epidemic. They pay a driver to take them to Sba where Port is admitted to the military infirmary and diagnosed with typhoid. Kit tries to take care of him but unfortunately he dies.

Kit, now really upset, goes wandering through the desert where she is picked up by a caravan who charms her vulnerable state and marries her. However, the relationship takes a violent turn. Where Kit is imprisoned into his house and drugged to keep her from leaving. Determined to get out, Kit escapes late one night. A french speaking local finds her and takes her to the American consulate (after robbing her of course). By this point she is catatonic and struggling to respond to the people around her. She is taken to the larger consulate where Tunner is waiting for her, but when the employees back is turned Kit vanishes into the streets.

This book cover, is an attempt to capture the emotional distress of each character in this book. By utilizing texture and color that carries outwards from the spine, the book shows developing movement. Perhaps, from a sandstorm. Which gives hints to its location. It also has a hint of an unfinished feel - thus capturing the feeling of an unfinished life. Which compliments the ending of the book. The eroded headline and use of texture by drawing lines across the entire form made this successful, and incorporated depth, texture, and typography together.

The approach ranged from research on the subject matter from the book all the way through thumbnails, rough compositions, and revisions. The most important part of the project was engaging the emotions of the characters into the cover art.

The project success finalized in a finished book cover that effectively delivered the message intended.