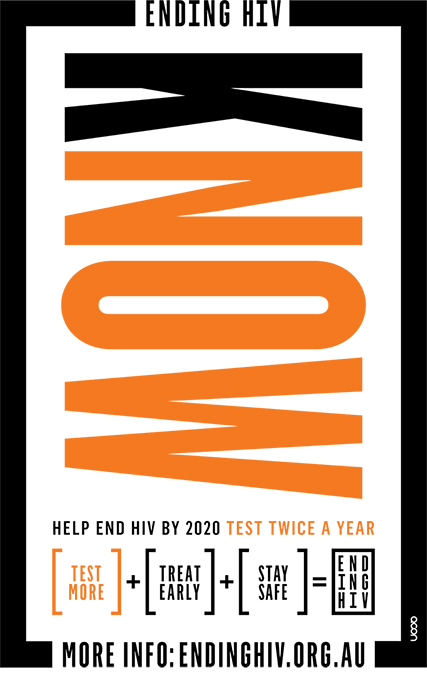 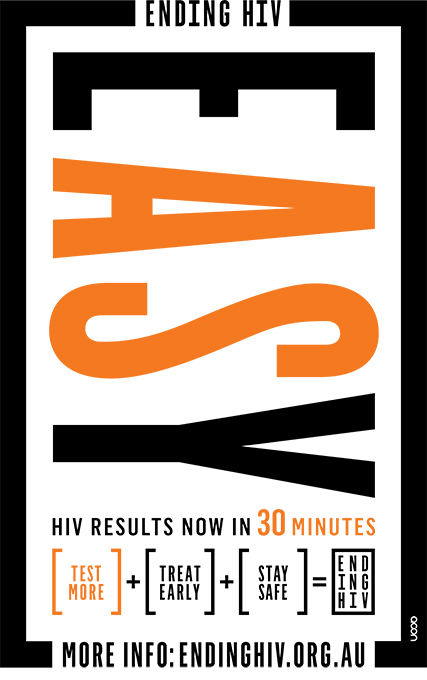 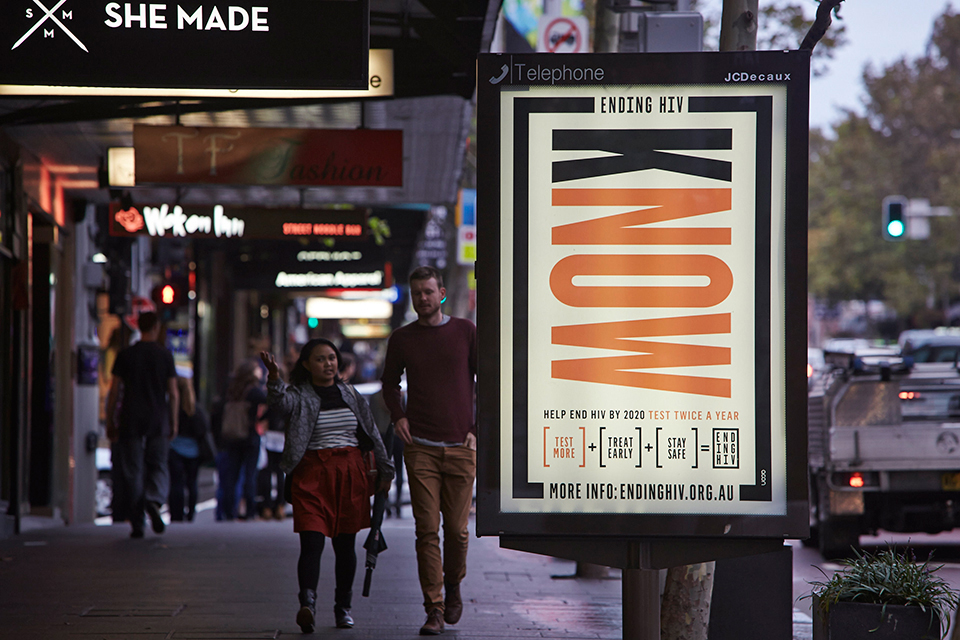 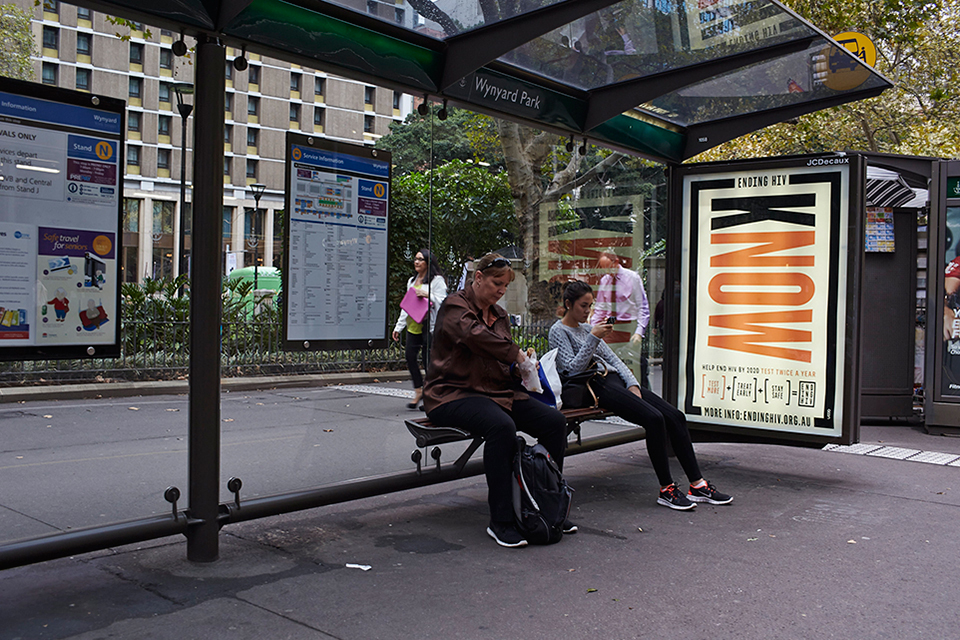 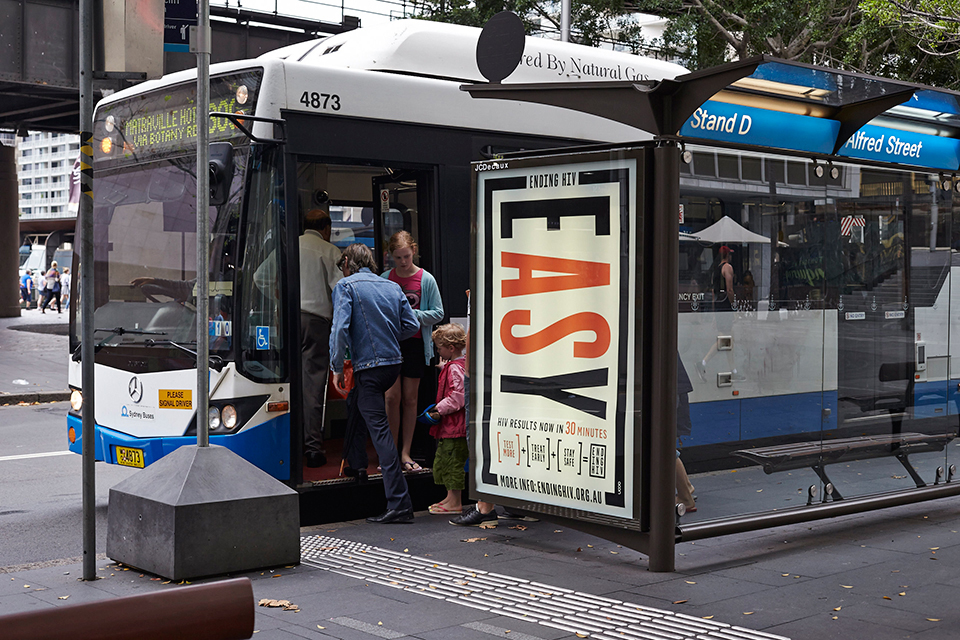 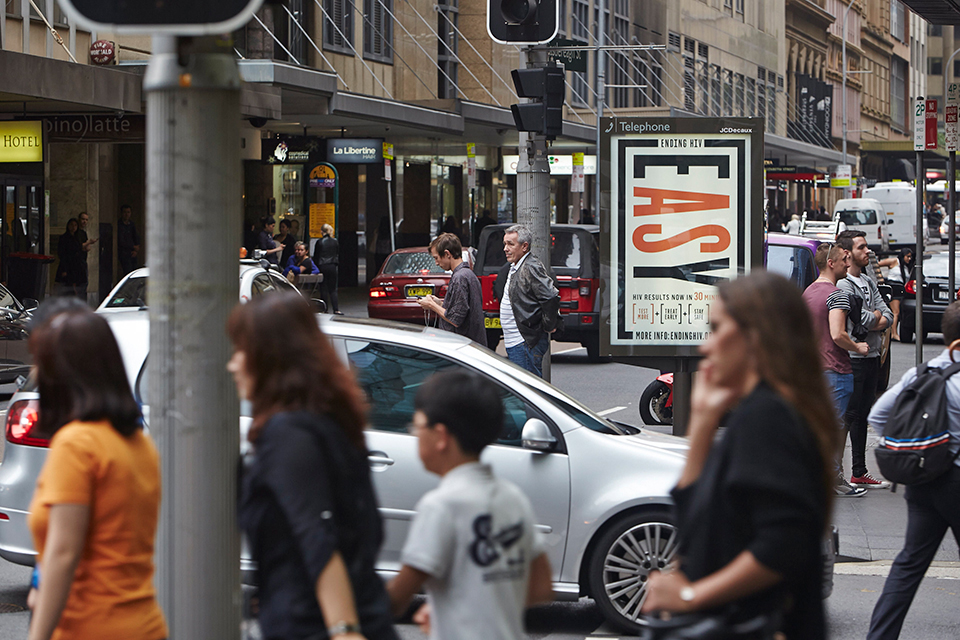 Over the past three years, the scientific and other communities of interest in the HIV sector have broadly accepted that with a combination of a massive escalation in testing rates, earlier treatment and in the presence of a sustained safe sex culture, it is feasible to see the virtual elimination of HIV by 2020.

Since 2013 ACON has been leading the way in raising awareness and starting positive discussions to end HIV transmissions in NSW. ACON has taken on this challenge to educate and mobilise the community about HIV through the multi-phased Ending HIV campaign.

The opportunity existed to build upon the prior success in the Ending HIV campaign (developed by Frost* Design in 2013) and to encourage positive behavioural and attitudinal changes in the community towards HIV testing.

The Test More campaign is the first part of the Ending HIV equation and the third installment in the Ending HIV campaign. It focused primarily upon educating the target audience on the introduction of rapid HIV testing, removing misconceptions around previous testing experiences, and establishing new community practices to increase testing frequency. This installment is a critical step towards achieving ACON’s primary organisational objective to end HIV by 2020.

Frost* Design, part of Frost*collective, was approached to develop a communications campaign, which would focus on the improvements to HIV testing and educating the community of the importance of testing more.

ACON had three key messages they wanted to convey during this campaign:

1. To create new and positive attitudes towards HIV Testing
2. To create awareness about rapid HIV testing
3. To increase the annual testing behaviours of men within the gay community, the population the most at risk of HIV

The target audience for this campaign was all of the men within the gay community of NSW with varying attitudes and behaviours regarding HIV testing.

Campaign communications were created by Frost* Design to express clearly and simply the key messages put forward by ACON and to help change the attitudes and misconceptions surrounding HIV testing.

Frost* Design created an integrated campaign which cohesively links the earlier phases of the larger Ending HIV campaign, integrating the use of bold graphic language inspired by early 20th Century revolutionary posters. The key messages were addressed through the use of word-within-a-word headlines of “Easy As” and “Know Now” that were developed to reflect the ease of testing within the design. The design also integrated the use of bright orange to highlight the word-within-a-word, which was drawn from the brand colour of the rapid testing program and in effect created a direct link back to the call to action of the campaign.

The Test More campaign successfully reached and communicated its message to the target audience. Results from an independently conducted survey and shared by ACON regarding the campaign showed the following:

The results also showed 41% of respondents sought further information by either visiting the Ending HIV website or social media channels and 28% were prompted to test more regularly for HIV. During the campaign there were:

There has also been a significant shift in knowledge since the Ending HIV campaign commenced. Results of the survey have shown there is an increased awareness around HIV testing and increased knowledge that HIV infections can be dramatically reduced through regular testing.

The campaign successfully educated and persuaded the target audience that showed gay men under the age of 30 had a 75% positive reaction to the campaign, almost half of these men sought out further information as a result, and 36% of young men indicated that it has prompted them to test more regularly.

Along with statistical results there were positive qualitative reactions within the gay community towards the Ending HIV ‘Test More’ Campaign, a few of the quotes are as follows:

“I think this campaign is doing a wonderful job, and is definitely at the global forefront for HIV awareness and prevention!”

“Contemporary and informative yet simplistic and easy to understand.”

“Congrats on a very successful and noticeable campaign!”

“Great design, but also the sheer saturation (at least in Sydney) is contributing to an increase in awareness!”

Frost* Design were able to deliver a campaign that successfully communicated the three key objectives to create new and positive attitudes towards HIV Testing, create the awareness of rapid HIV testing, and increase the annual testing behaviours of men within the gay community.