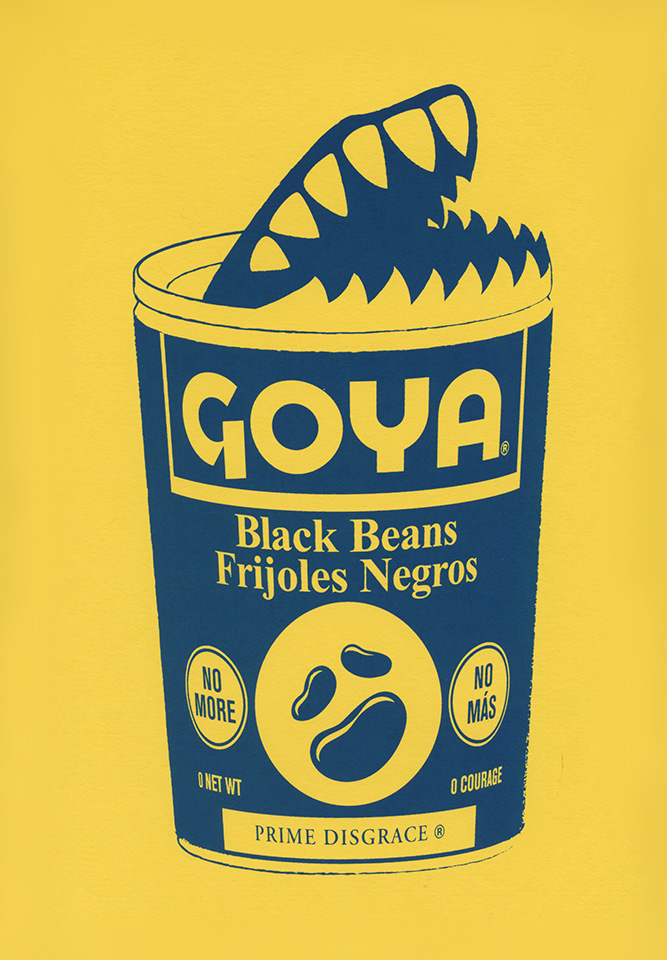 In response to statements made by Robert Unanue, the CEO of Goya Foods, who praised President Trump saying, “We’re all truly blessed, at the same time, to have leader like President Trump who is a builder”. The CEO of a company that has deep roots in the Latin American community in the form of consumers as well as employees, praising a man that dehumanizes with a variety of attacks on the very people Goya calls family is unacceptable.

As a way to advocate the need to boycott Goya Foods I created a screen print entitled “No Más” that utilizes the Goya black beans can with sharp teeth that look like they would bite you if you purchase it. In the label design I used the Spanish words “No Más” which translates to “No More” in order to reaffirm the boycott.