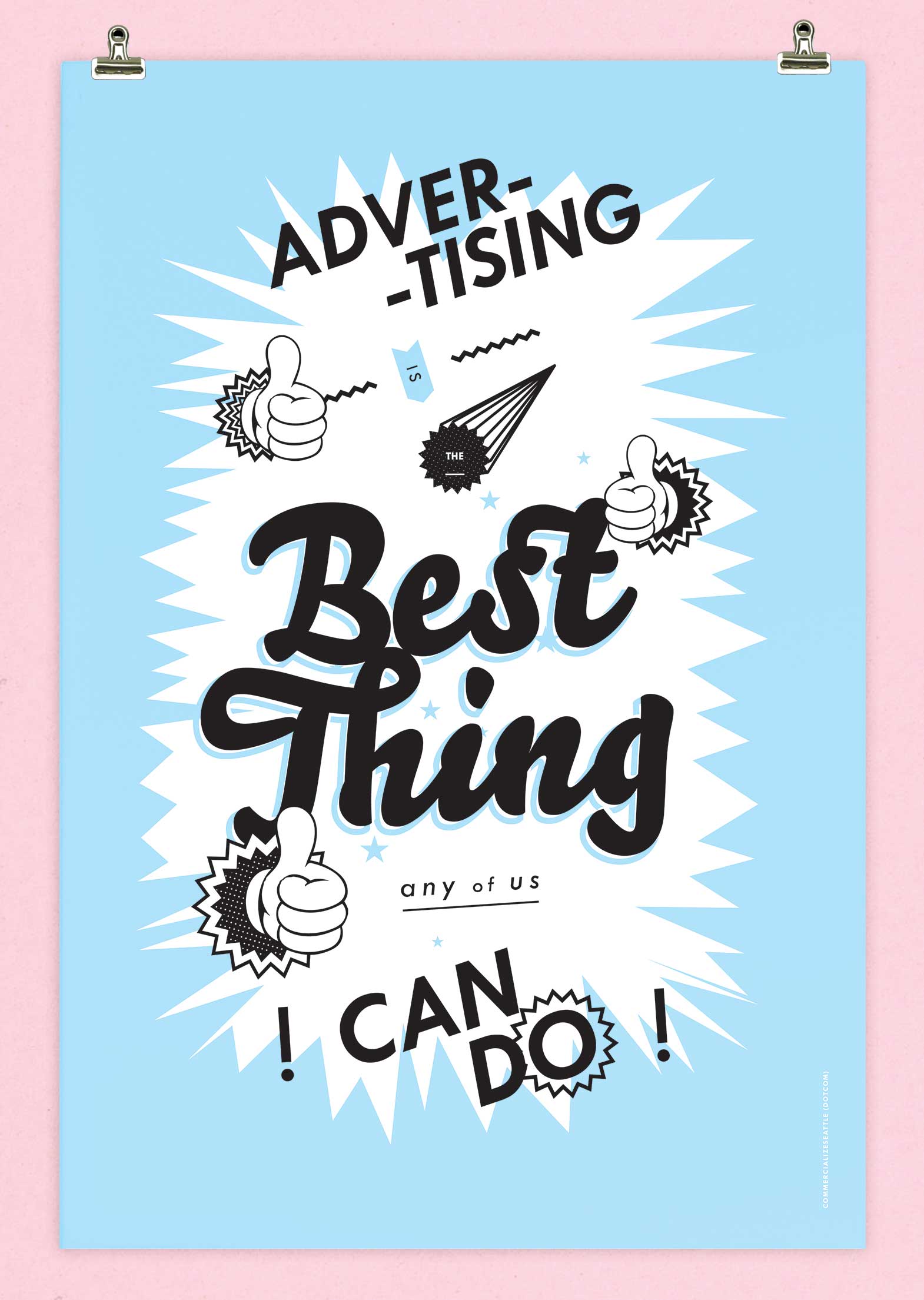 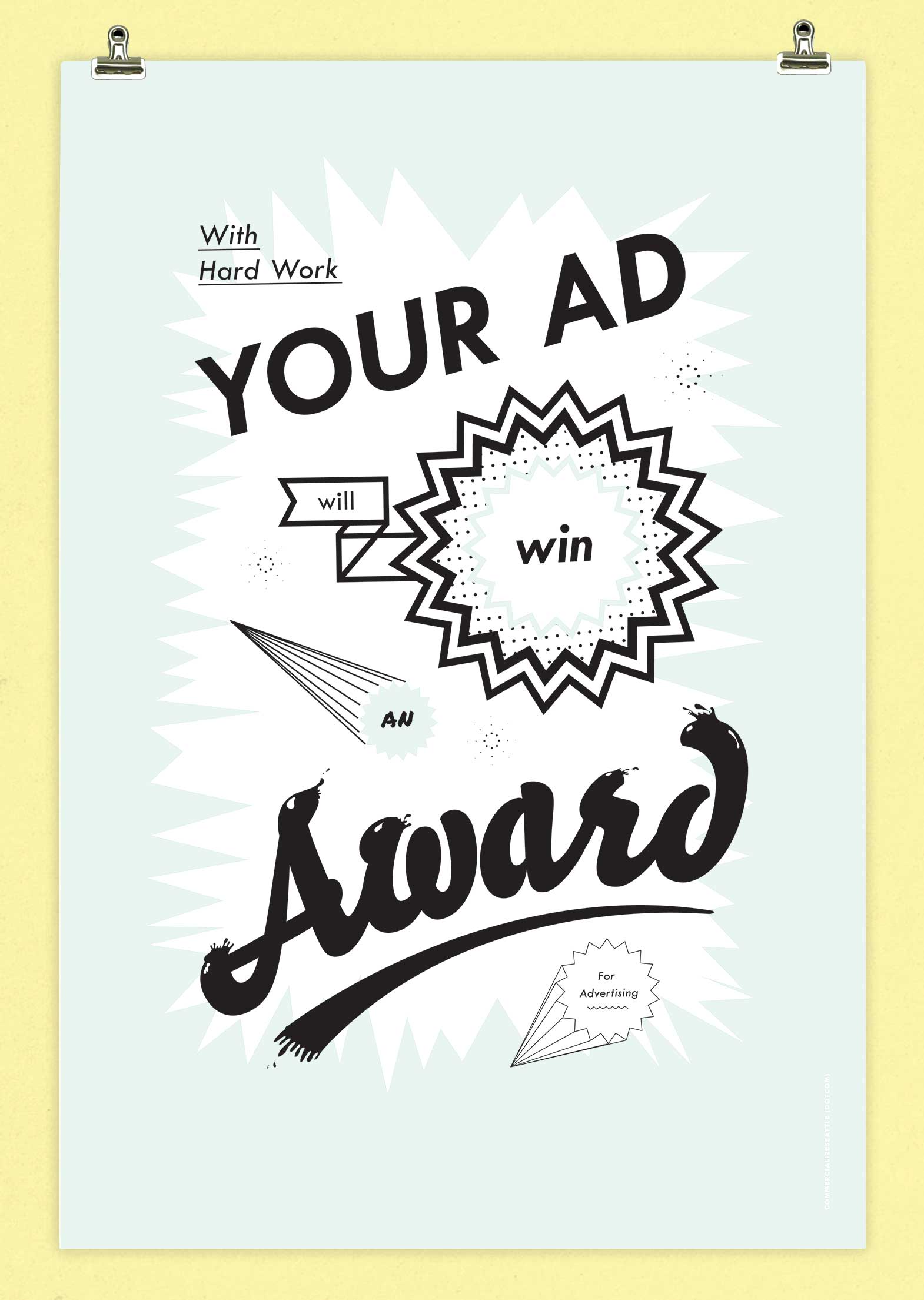 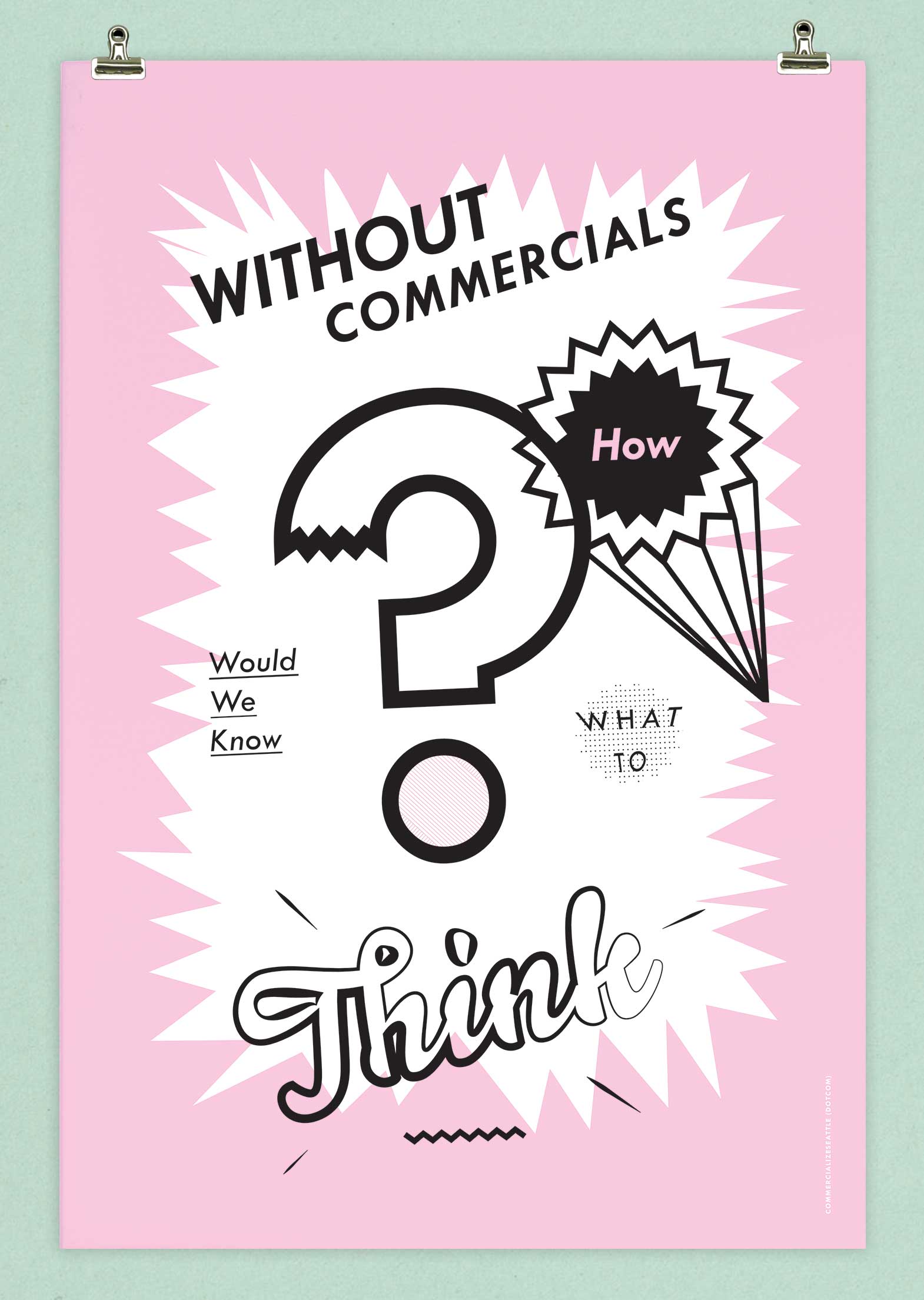 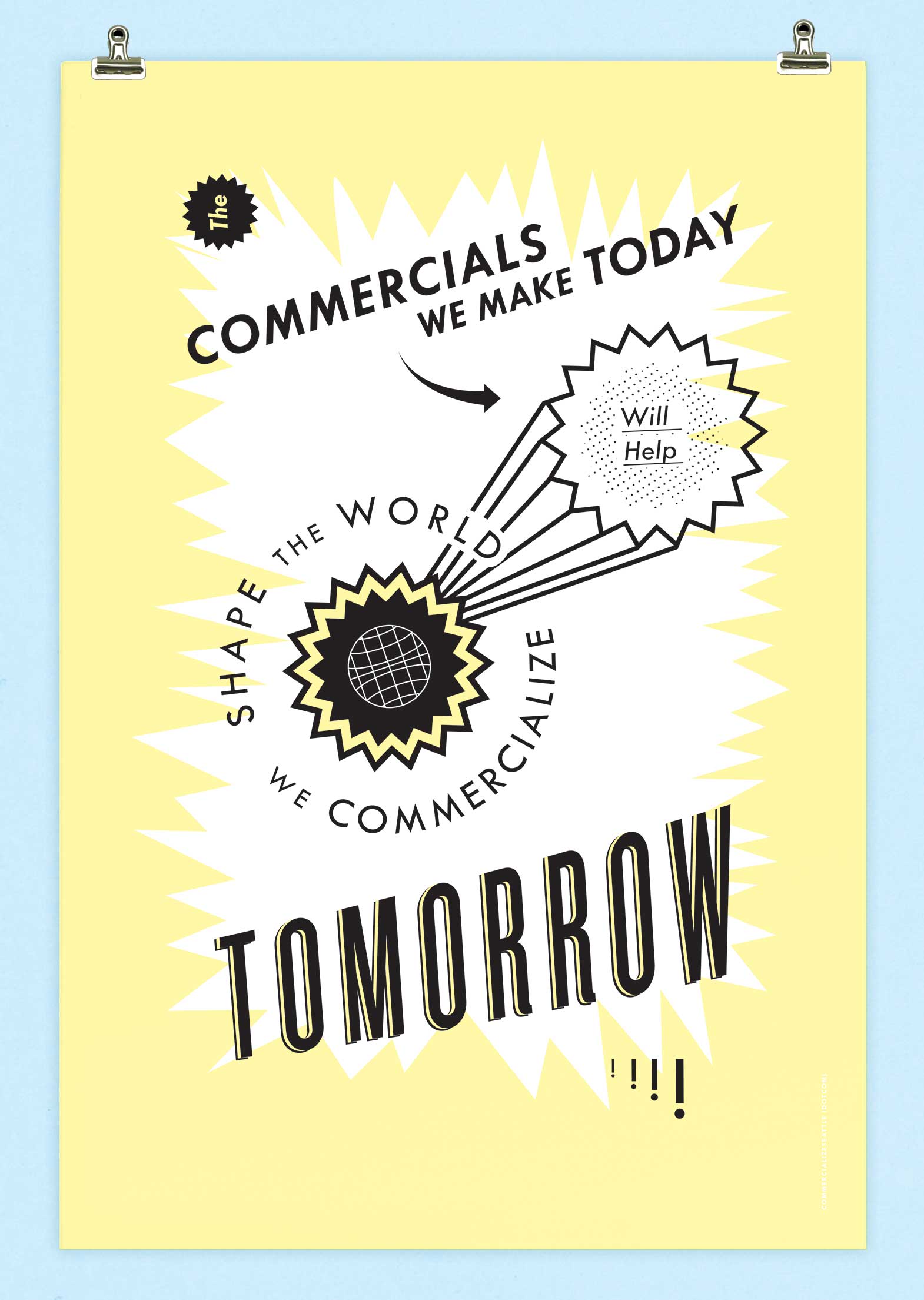 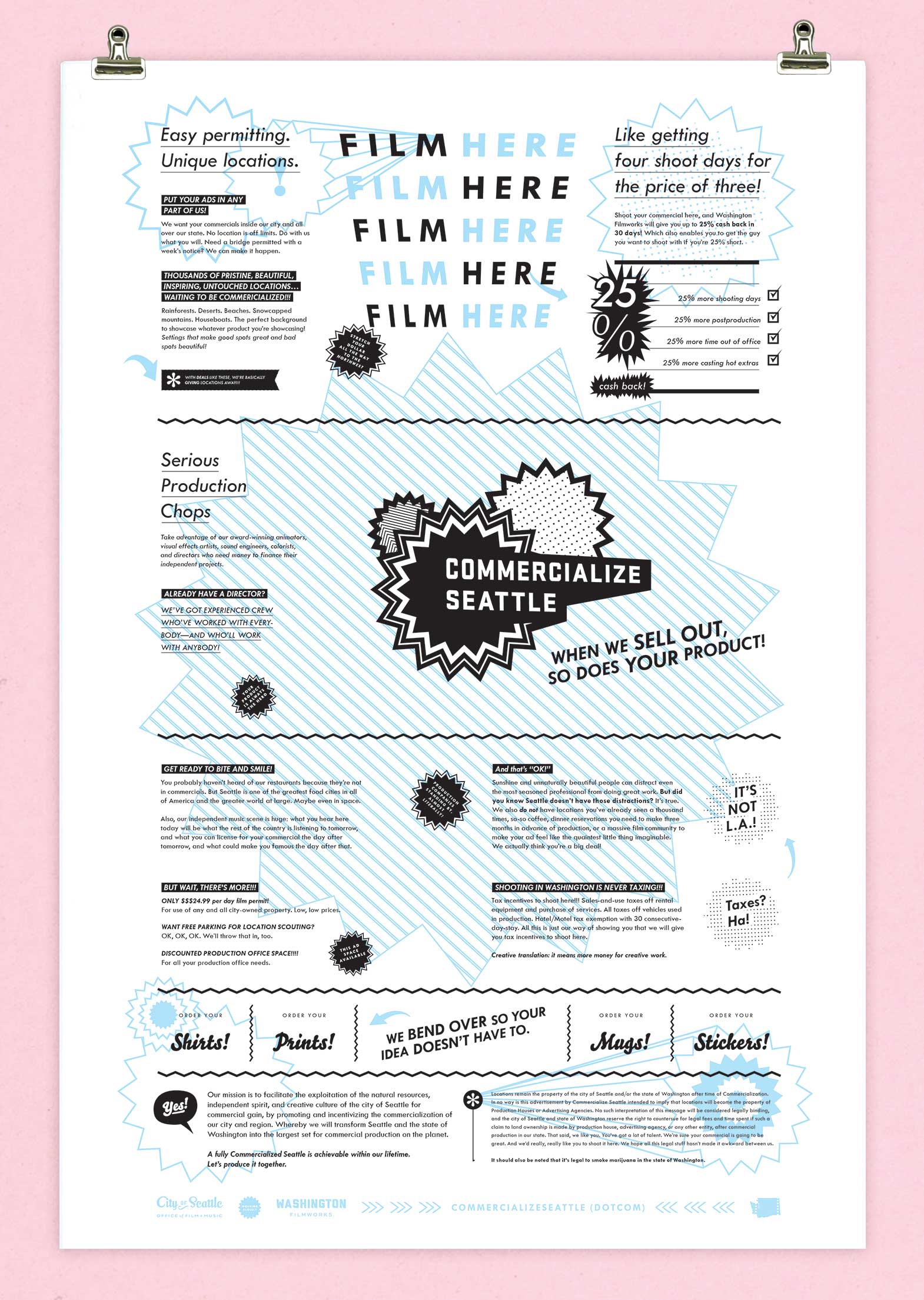 The world's first campaign with the sole intent of selling out an entire city. The Commercialize Seattle campaign for the Office of Film and Music is all about attracting more commercial production to the city. In tough economic times, Seattle goes soft. And gives itself up with an absurd relish for exploiting it's natural resources and location and talent for your commercial gain. Press kits loaded with deals, free ideas on apps, resources all over the web, and an anthemic rally cries to selling out, for you cube wall and morning coffee. All with the promise have the whole city bend over, so your idea doesn't have to. Enjoy.