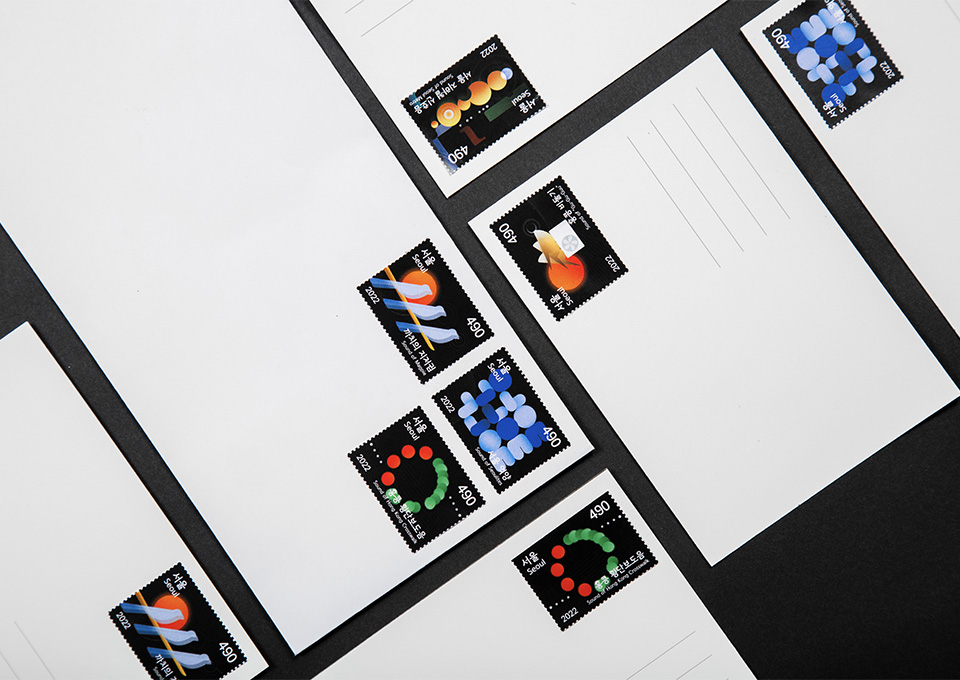 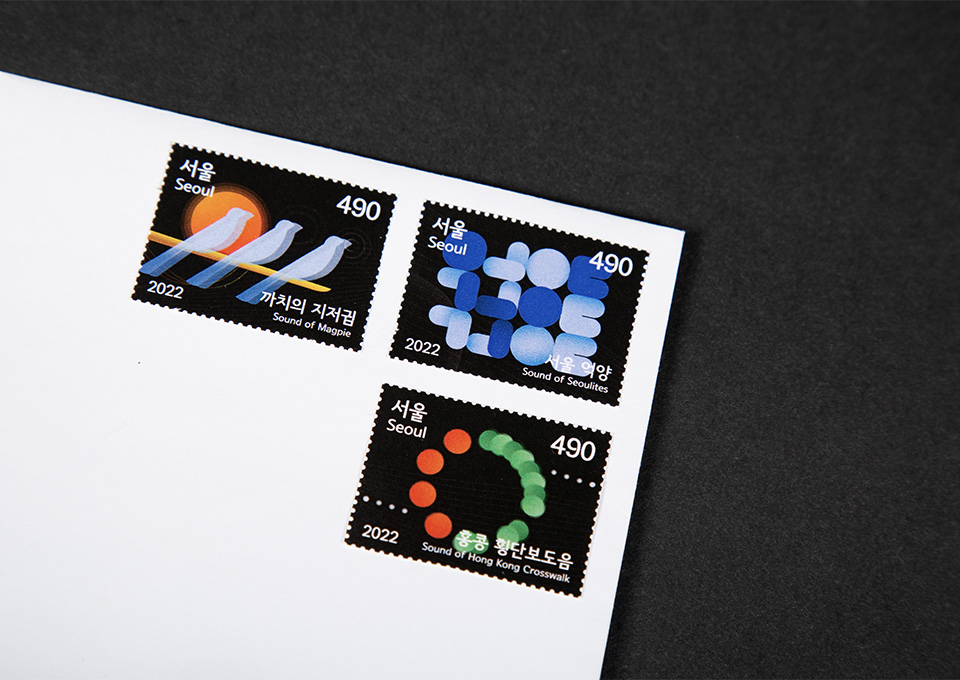 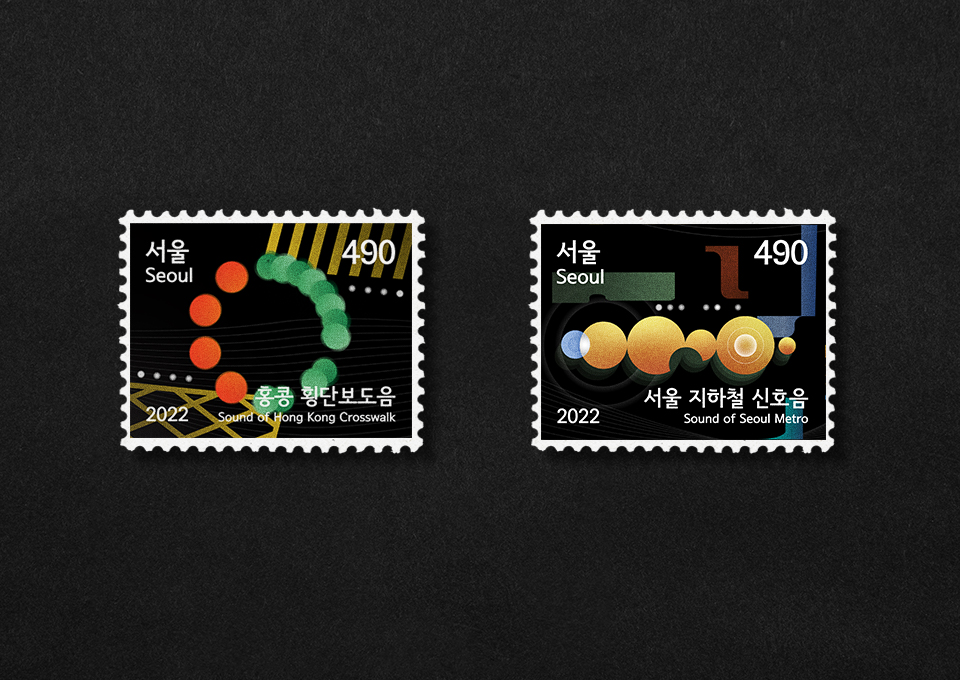 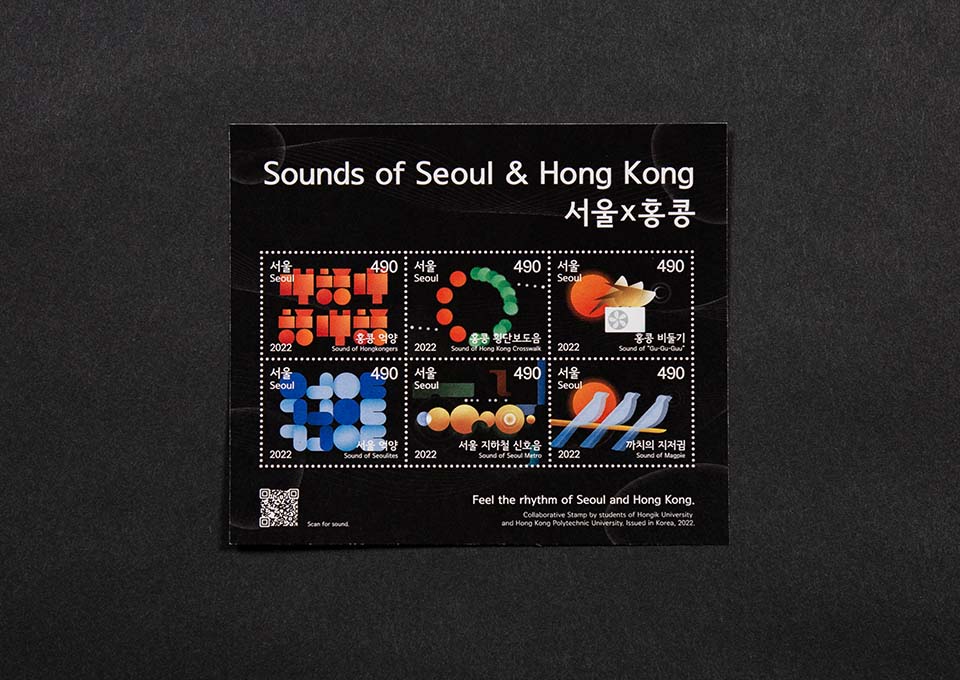 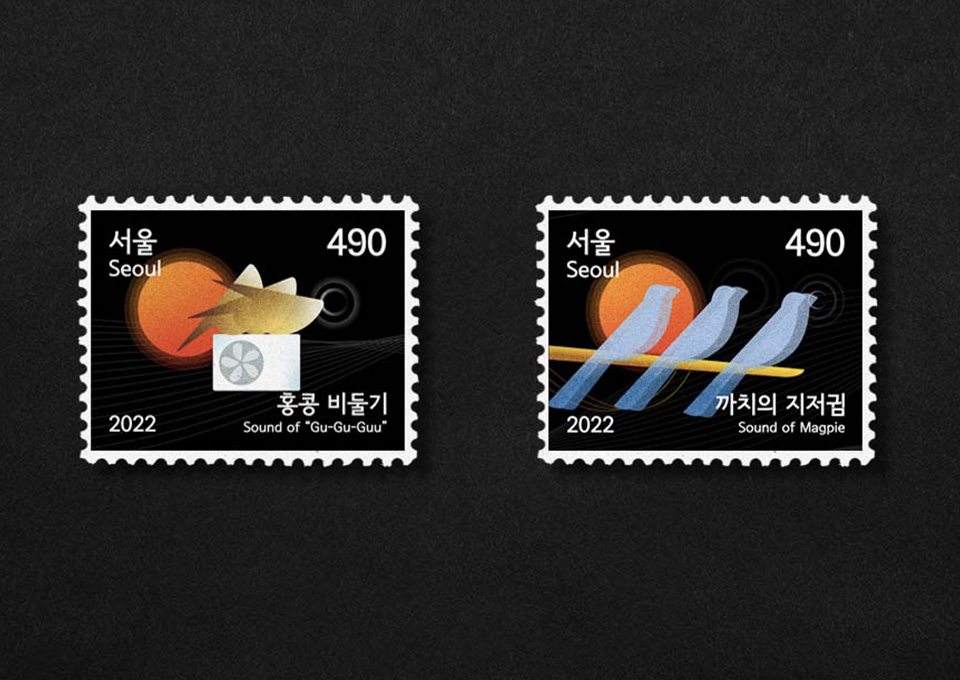 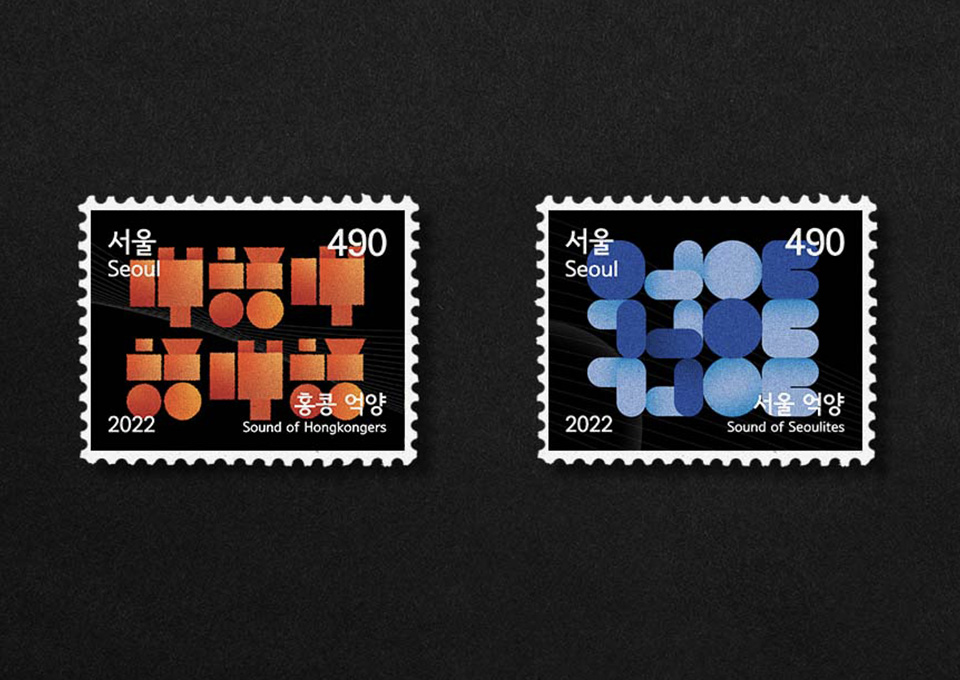 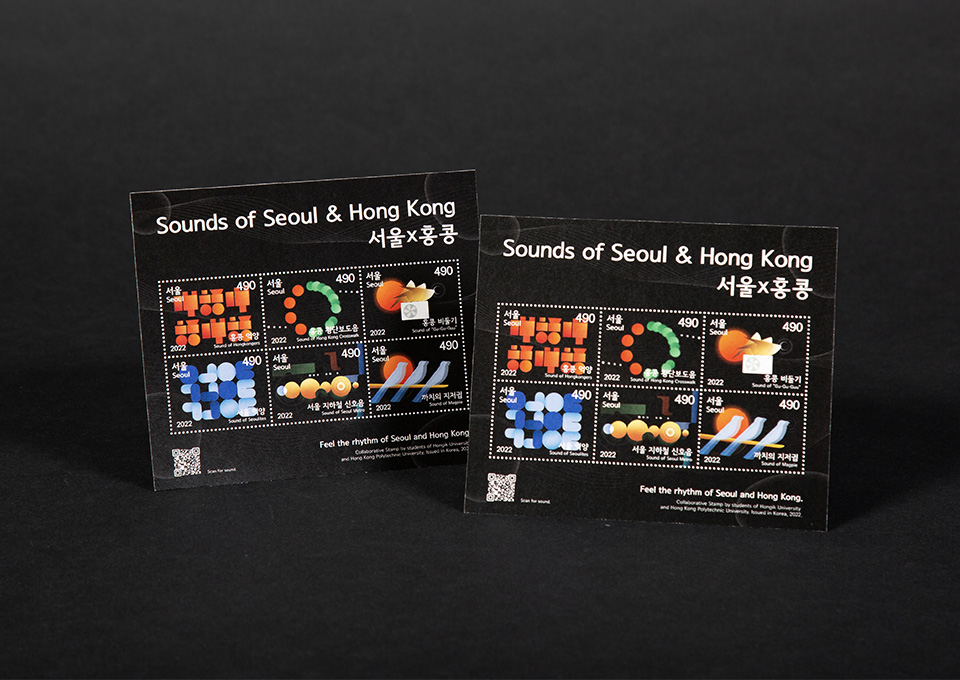 In this project, teams of students from the school of design of PolyU in Hong Kong and Hongik University in Korea were invited to look at the details of Hong Kong and Seoul and design a series of postage stamps. Each combined project team was asked to 1) discover and determine one example of visual uniqueness that can be found in both cities, 2) graphically connect the Hong Kong version and Seoul version by finding a coherent visual style that respects the uniqueness of each place, and 3) develop a shared design outcome based on this: specifically, a single series of commemorative postage stamps that represents both Hong Kong and Seoul.

As a project team, we were are challenged to decide on a single aspect that could be found in both cities but that at the same time was visually unique to each place. We could think of a specific object that exists in both places but looks different at the same time, we could also think of a natural or geographical element, a specific recognisable texture or pattern, a comparable yet different body gesture, fashion or a fashion item, a music-related impression, an element of local architecture, a particular type of animal, or simply of how things are arranged. Important was that we captured a single aspect that represented each place in its own unique way.

There are many areas that could be used for the theme of the stamps. But we asked ourselves, ‘How can we prevent being cliche and predictable?’ Topics like traditional food and pop culture are too obvious and straightforward.

In the end, we chose some authentic sounds to represent the hustle and bustle of the two cities. Such as the chirps of birds, traffic sounds and the dialects of the people. These sounds are not only distinctive to the two places but they are also able to give us room to explore abstract graphic representations. We concluded to using simple shapes, gradient shading, black background and a cooler colour scheme for Seoul, and a warmer one for Hong Kong to give a more unified look.

The Hong Kong crosswalk signal is a very special feature to foreigners because it is so loud and quick. We used the colours green and red to represent the light itself. It took us the most tries to figure out the layout. And we ended up using the circular shape to represent the endless repeating cycle of the signal.

As for the Korean subway melody, it is a distinctive soothing sound that all Seoulites can recognise. We used the subway line colours and a line of bubbly yellow circles representing the traditional gold instruments used to play the music. It also shows the joyful rhythmic tune.

The spotted Doves in Hong Kong have a distinctive sound of ‘Gu-Gu-Guu’ which wakes people up early in the morning or reminds those who have burnt the midnight oil the sun has risen. The bird has a round body and they like to nest on air conditioning units. Their chirping has three notes and hence the three overlapping shapes.

The Korean Gachis have a distinctive sound too. They are blue in colour, and have a slim and sharp body in contrast to the rounded Hong Kong doves. It has a special chirping pattern that is represented by the 2 overlapping shapes.

The sound of Hong Konger is more sharp, loud and emotional than Seoulites. Therefore, the shape is sharp with fuzzy outlines and it is in enthusiastic warm tone colours. The word is intentionally made more abstract to show the similarity with the Seoulite ‘Mwoya’.

The sound of Seoulite is more soft, cute and calm. Therefore, the word is rounded, smooth and it is in cool tone blues. Besides, the Seoulites say ‘Mwo’ with a Seoul accent that is distinctive to Koreans in other areas. So, the letters are simplified and made into a pattern.

The set of stamps is printed together on a stamp card with an online website which showcases the graphics in motion with sound.

n the hustle and bustle of our urban life, we may have missed those everyday little noises that make up our lively metropolis. Yet, it is the sounds that string together the uniqueness of our cities. Therefore, we wish the set of stamps can remind viewers to feel the rhythm of Seoul and Hong Kong together.

The design was well received by the teachers and the classmates alike; the collaborative solution successfully demonstrated that it is possible to look at overlooked aspects of metropolis with fresh eyes and translate these observations into clever graphic design.