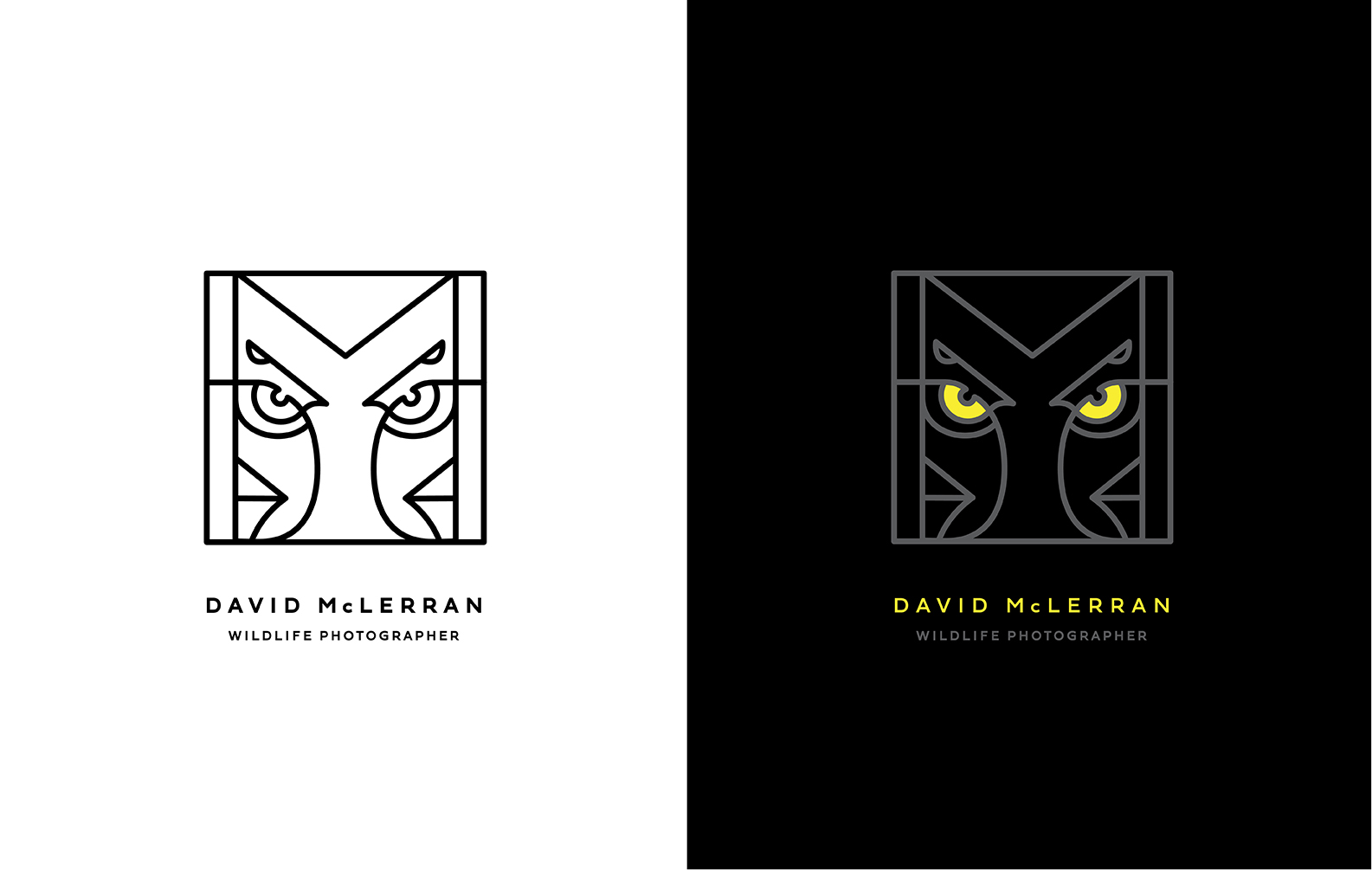 To give David an identity that is unique to his story and that helps establish him as a top wildlife photographer working in the name of conservation.

David embarked on his journey as a wildlife photographer mid-way through his professional life, leaving behind his former career in the private sector. With a lifelong passion for travel, David caught the photography bug on one of his trips overseas, and became especially captivated by wildlife on a trip to India. During our conversations, he told a story about an encounter with a black leopard, and how that specific moment put him on the wildlife photographer track.

As such a pivotal moment for him, we wanted to capture that in his identity in a way that was powerful and unique without being overtly literal. In the same conversation, he also mentioned encounters with an asian elephant and crested hawk that had a similar impact on him as an emerging photographer.

So, beginning with the idea of creating a monogram as the main mark, we merged the monogram with the panther, elephant and eagle, which led to the final mark. While the main logo highlights the panther within the monogram, we also created two alternate color variations that each illuminate a different species important to David's photography journey: crested hawk and elephant.