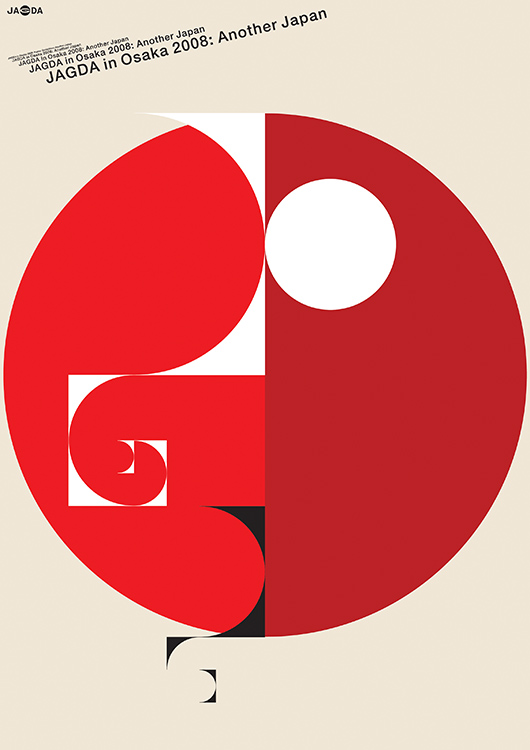 Poster for a conference held in Osaka for the most authoritative graphic designers’ association in Japan. The motif in red by circles include some signs of Osaka City. Which can be understood secretly by people who know well about Osaka; such as Tower of the Sun, symbol of the Expo ‘70; Takoyaki, popular junk food; a former governor of Osaka. Even people who don’t know much about Osaka can get the feeling of Osaka’s power and passion from the motif, also the red sun, a Japanese symbol at the same time.