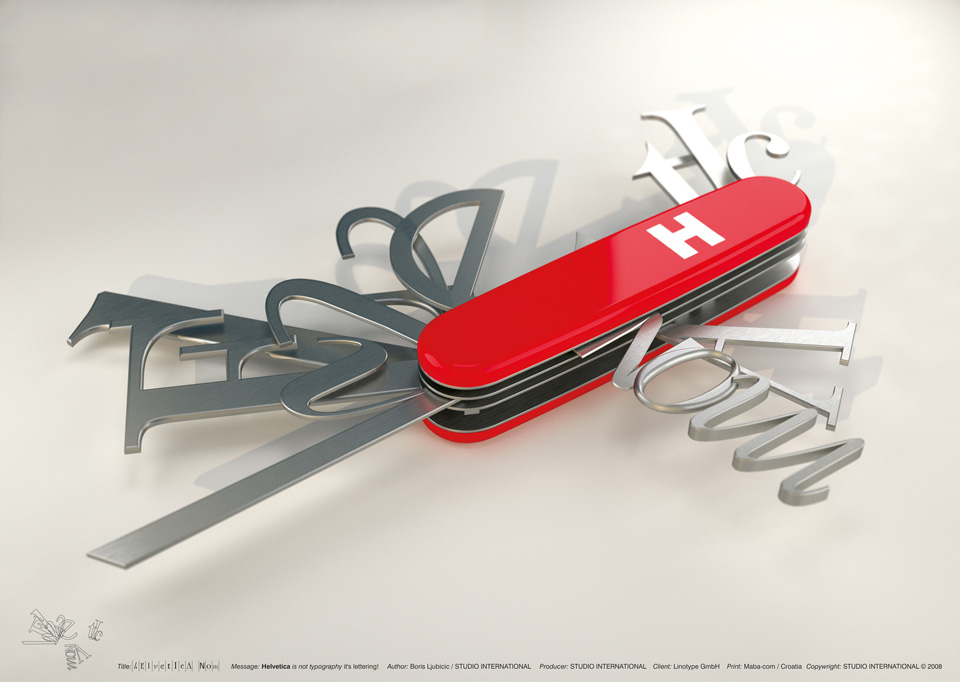 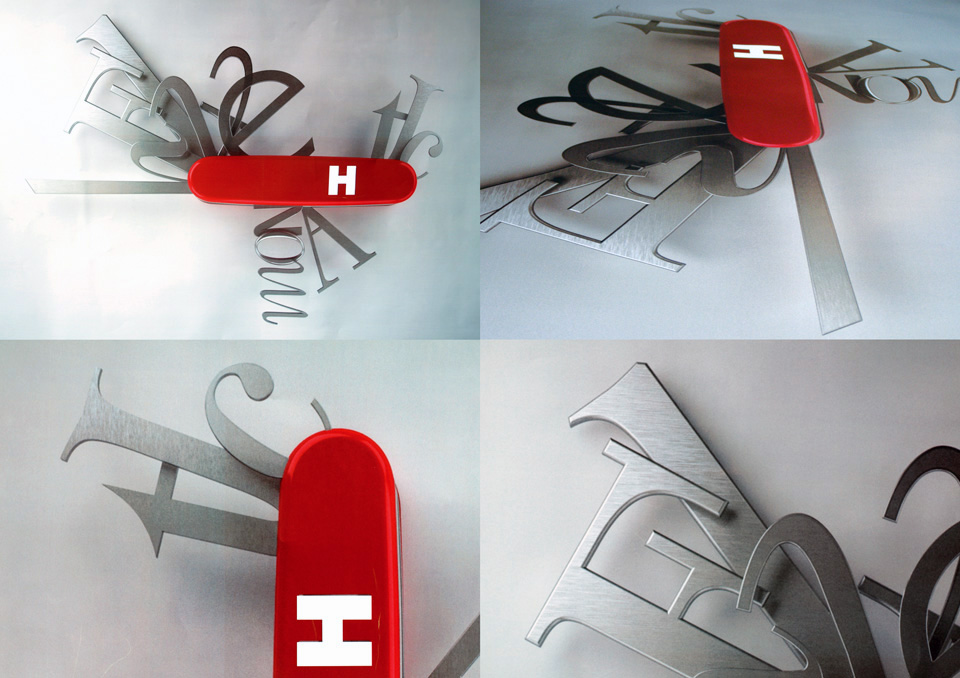 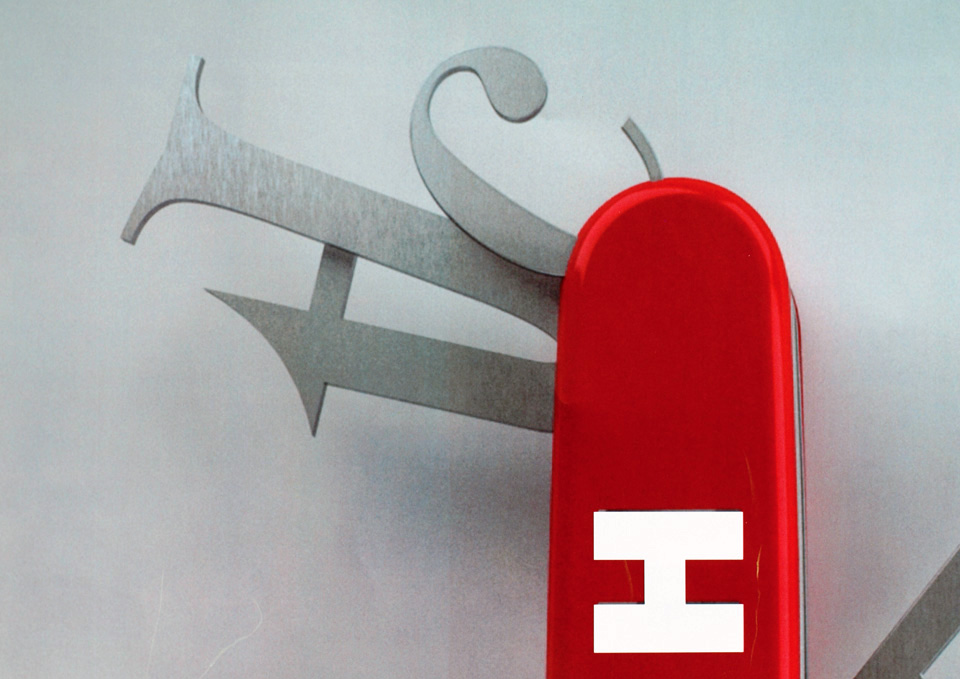 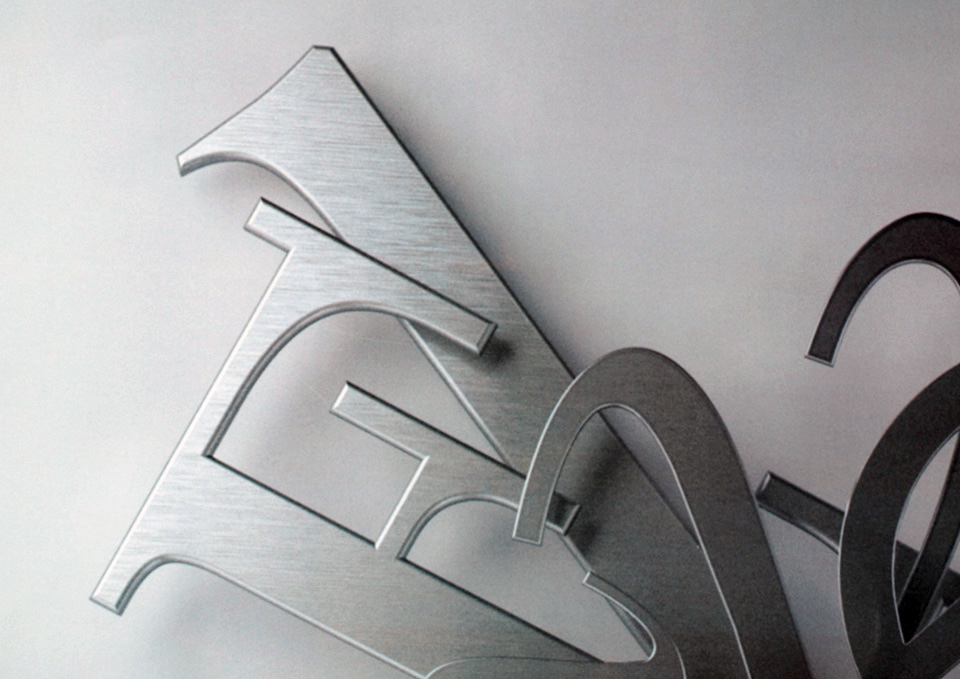 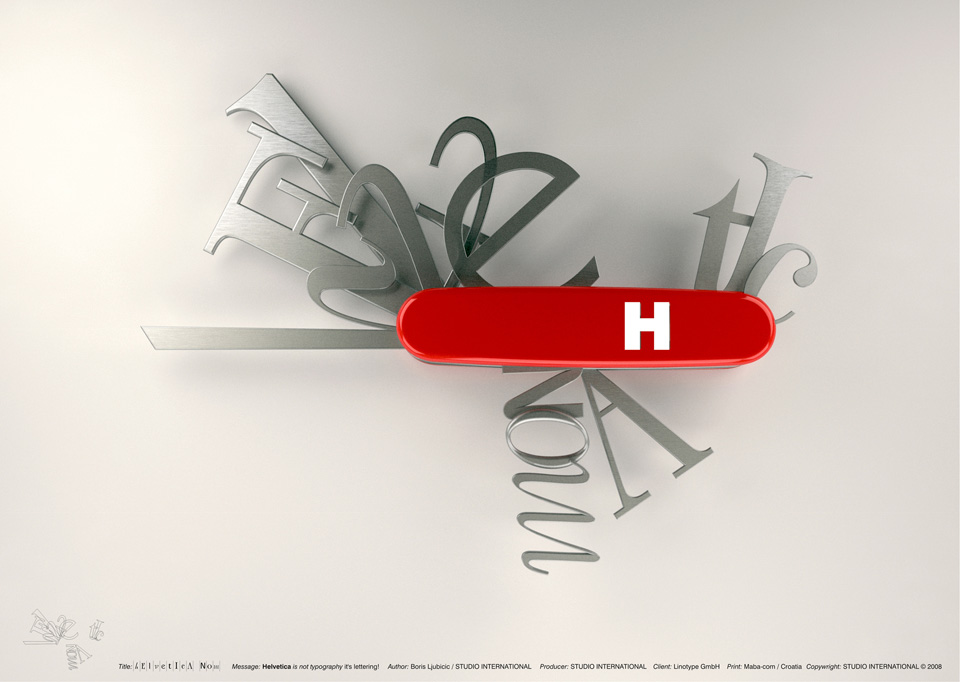 Two typical Swiss characteristics - accuracy and neutrality - have achieved exactly fifty years a happy combination of Helvetica, typography that today with a lot of reason to call the most famous in the world. The author of Helvetica typeface is less known designer Max Miedinger. He spent longer part of life working as a traveling salesman at Haas Type Foundry in the Swiss Münchenstein. Following the instructions of Eduard Hoffmann, Miedinger was 1957th created a new typeface modeled after the 60 years old German template and called it Neue Haas Grotesque.

HELVETICA NOW
This poster is made for International poster contest organized for 50th anniversary (1957 – 2007) of probably the most used typography in history.
Motto on the poster said all: Helvetica is not typography, it’s lettering! Which meant that Helvetica outgrown herself and become far more than just typography, just as the Swiss knife did. As same as Swiss knife, in typography Helvetica can do anything.

The author asks: do we need so many different typographies? It has become somesort of a universaltool for communication for any occasion. Helvetica's reputation and usage continues to be a polarizingtopic, with some designers adoringit and others dreading it, but author's commentary comes from a nathural point of view. On his posters the knife contains various fonts showing the text Helvetica Now, since they can all be replaced by Helvetica. The only Helvetica letter on the knife is the letter H in place of the usual Swiss Army emblem (cross).