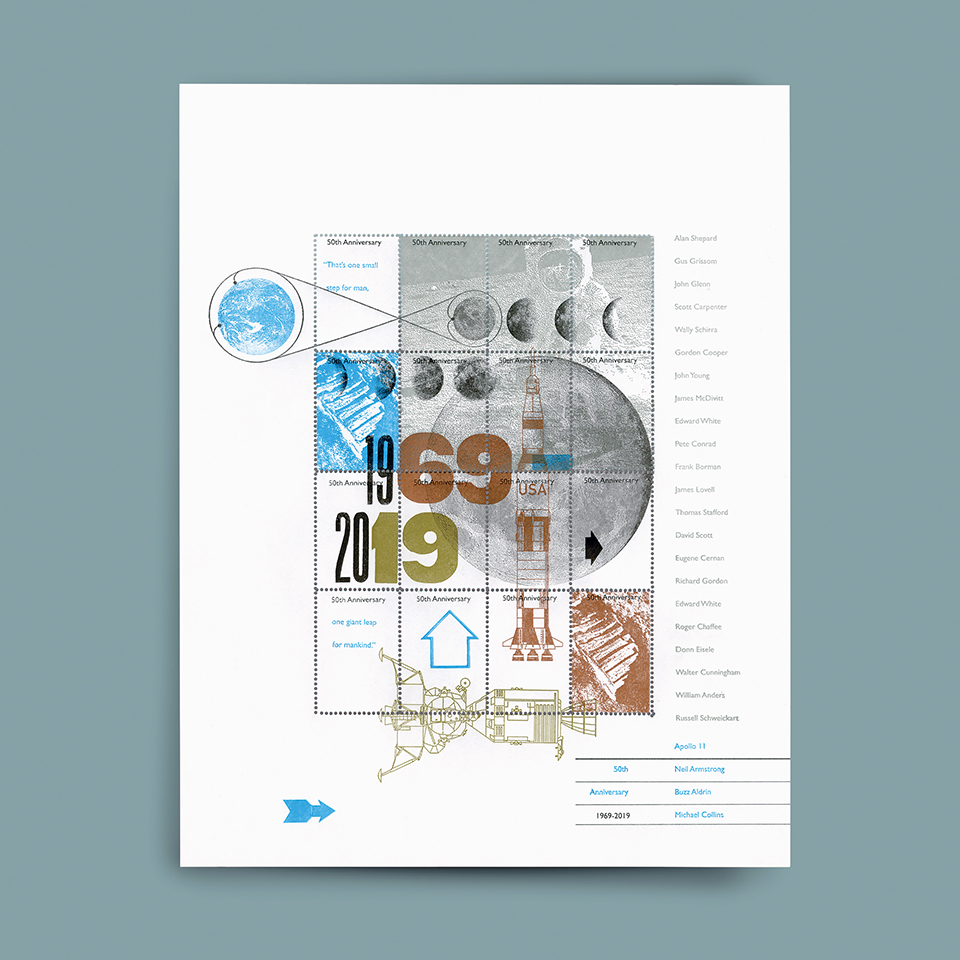 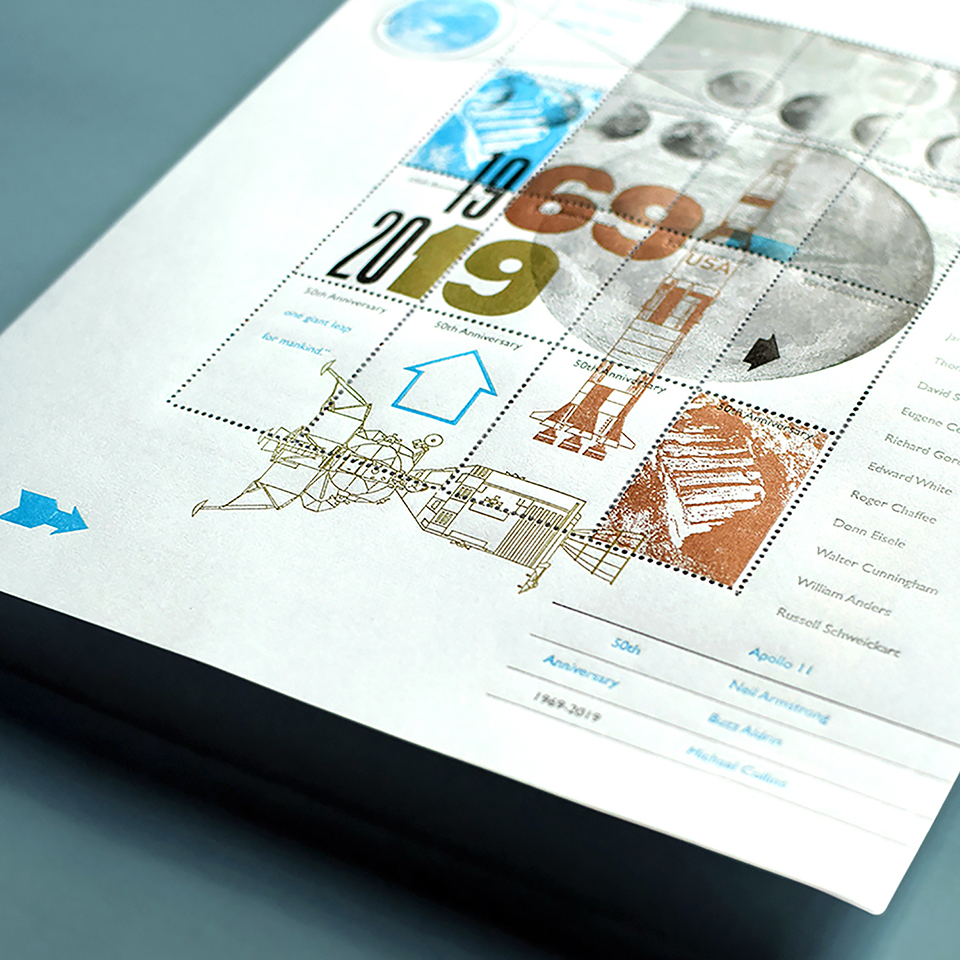 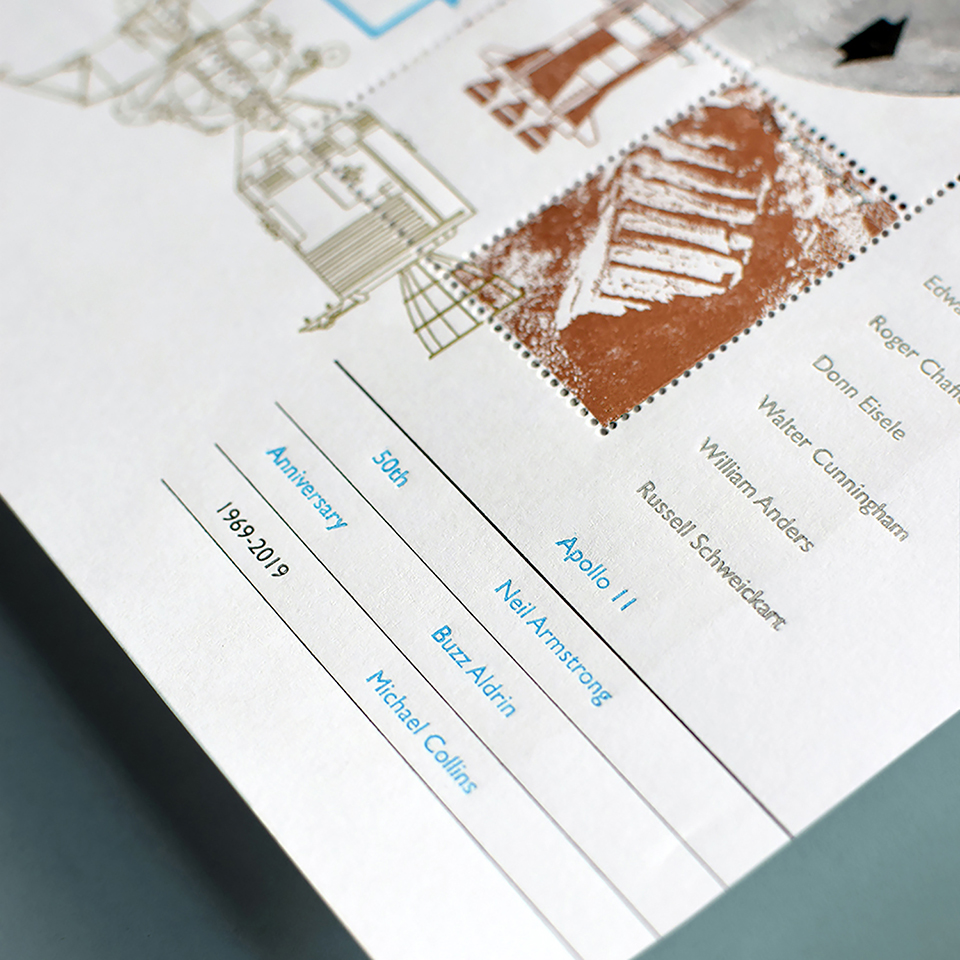 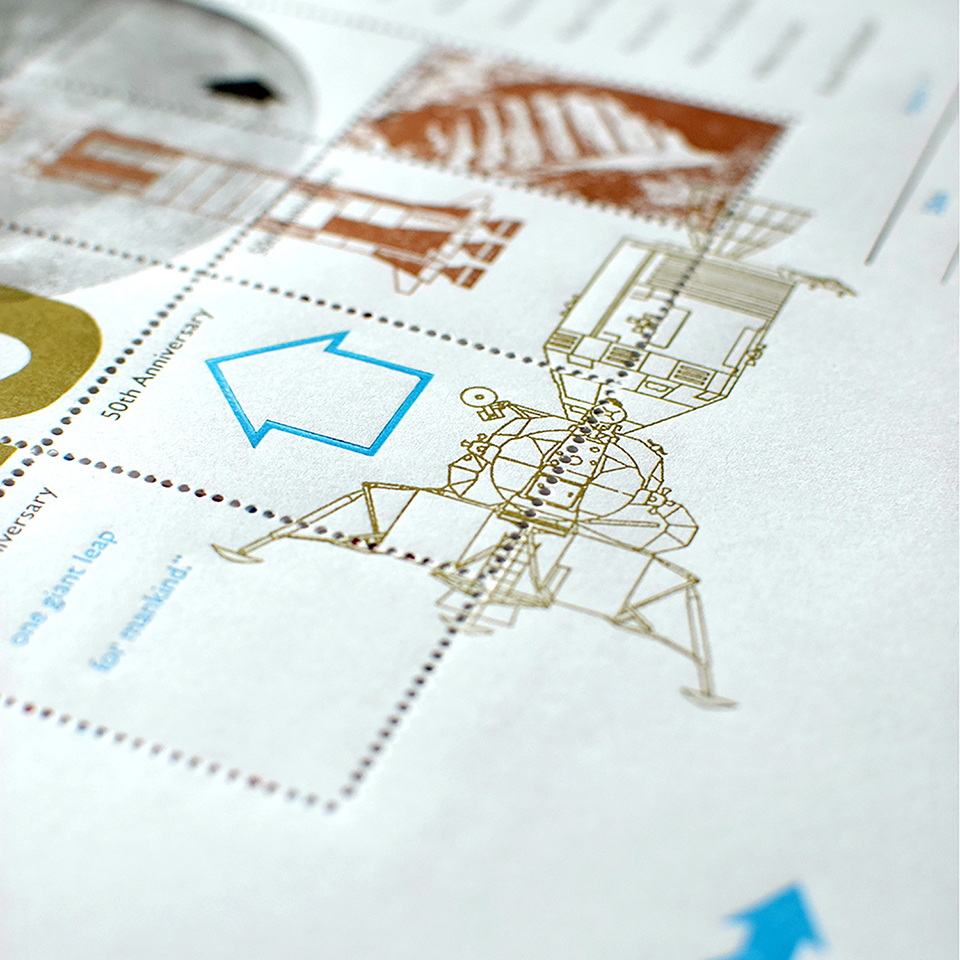 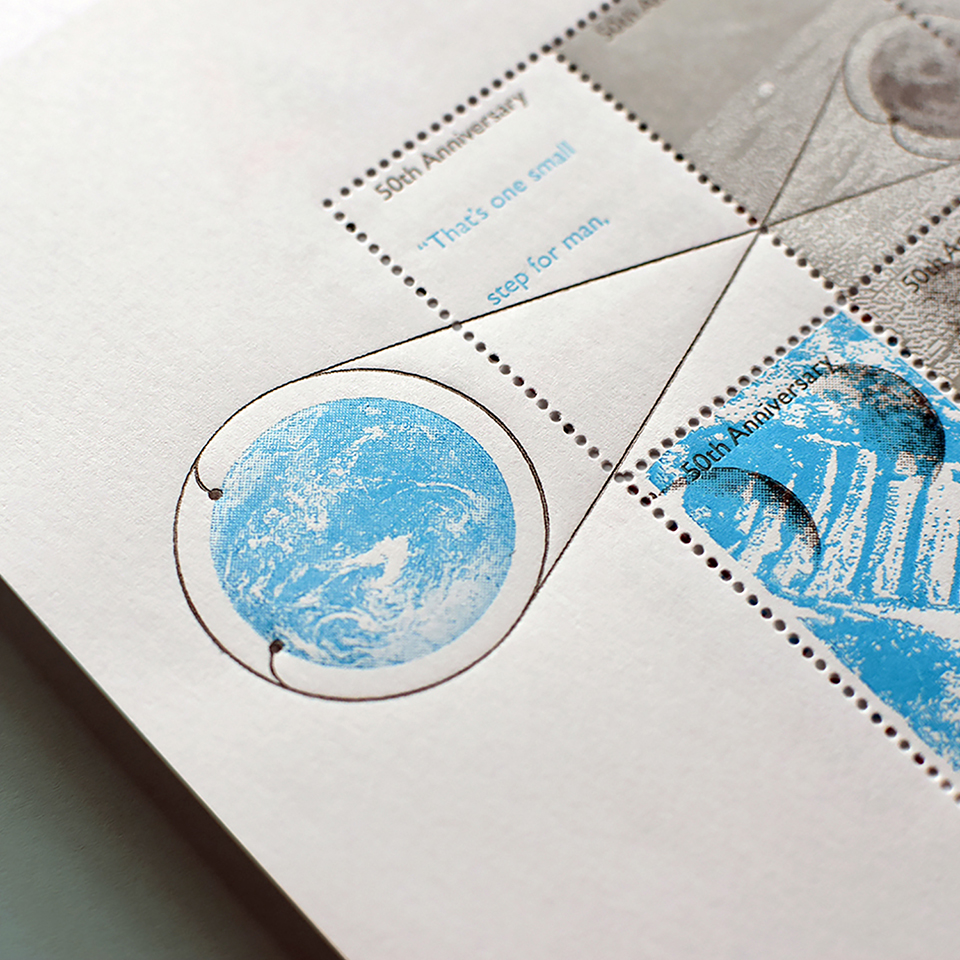 The postage stamp has a long and rich history within our visual culture. From a simple “proof of postage” marker to the current carrier of cultural messages, the stamp is often a carefully crafted micro-narrative. These messages can represent simple everyday concerns or even the more grandiose spirit of a nation.

A well-designed stamp can have a substantial impact in mere seconds. With its limited real estate, the stamp is a beautiful little environment devoted to storytelling. Often designed to represent complex stories, these narratives often work within a broader cultural understanding, stories where we mark achievements, communicate grand ideas or reflect on past struggles.

BRED set out to work within this unique and small-scale environment using design principles and techniques necessary to communicate a concise message within a restricted space.

With this first project, within a developing series, we chose to work with the 50th Anniversary of one of the most important human endeavors—the Apollo Moon Landing. On July 20, 1969, Commander Neil Armstrong and pilot Buzz Aldrin landed the Apollo Lunar Module Eagle on the surface of the Moon. Meanwhile, Michael Collins stayed in the Command Module and continued orbiting around the Moon. Six and a half hours later, Neil Armstrong was the first human to step foot on another planet.

The design and letterpress printing process can be seen on our Instagram page, bred_letterpress. Using multiple inks (metallic silver, gold, and copper) with subtle greys and a bright blue, we attempted to bring to light some of the unique events and images that made this occasion a truly global experience. These limited-edition stamps were printed on two Universal III Vandercook presses.