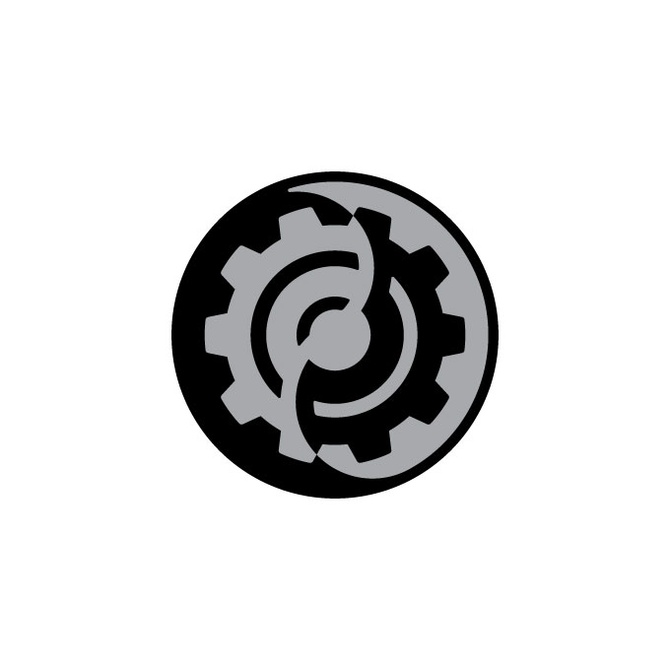 The redesigned trademark for Berkeley Ironworks, an indoor climbing gym that originally opened in 2000. The gear is a reference to Ironworks, of course, and the yin and yang motif alludes to Berkeley’s reputation for alternative or non-conformist thinking.

The symbol was carefully inked to determine the relationships between the positive and negative forms; line weights were optically adjusted to ensure that the individual elements contributed to a balanced and harmonious whole.