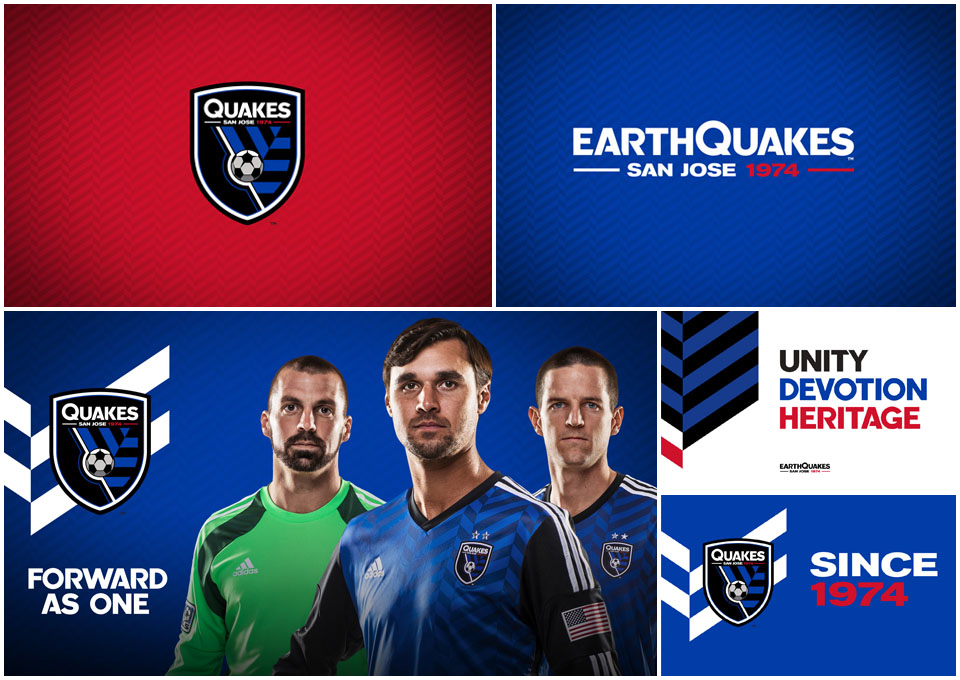 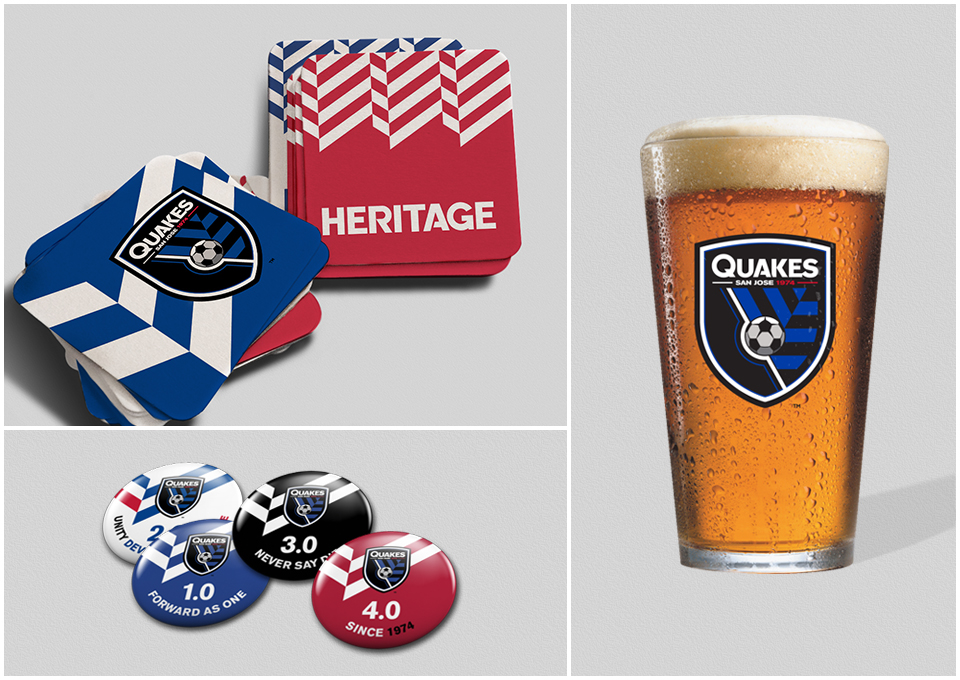 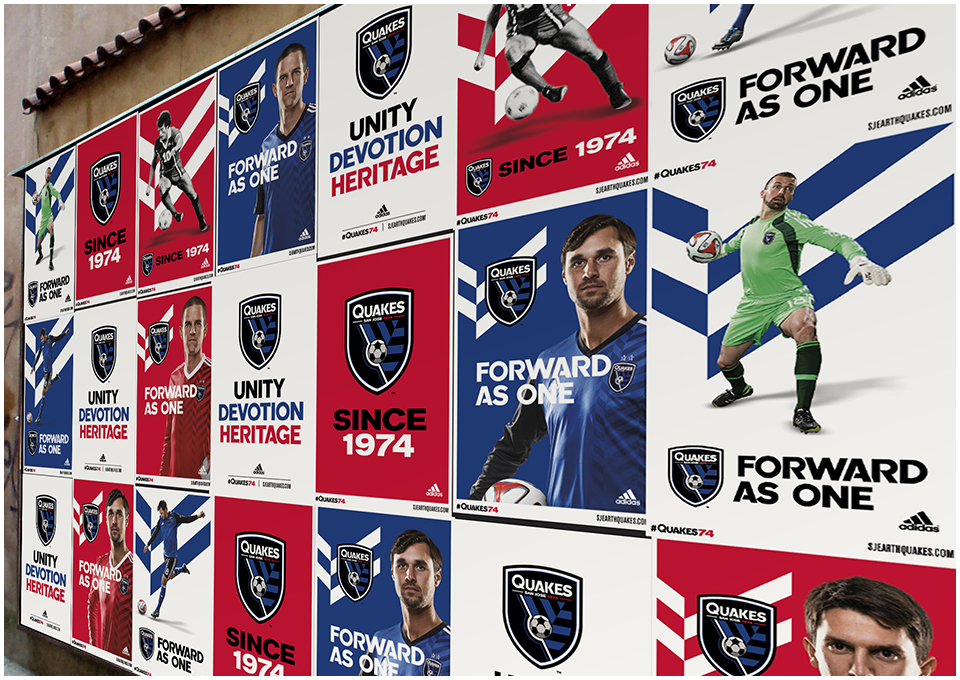 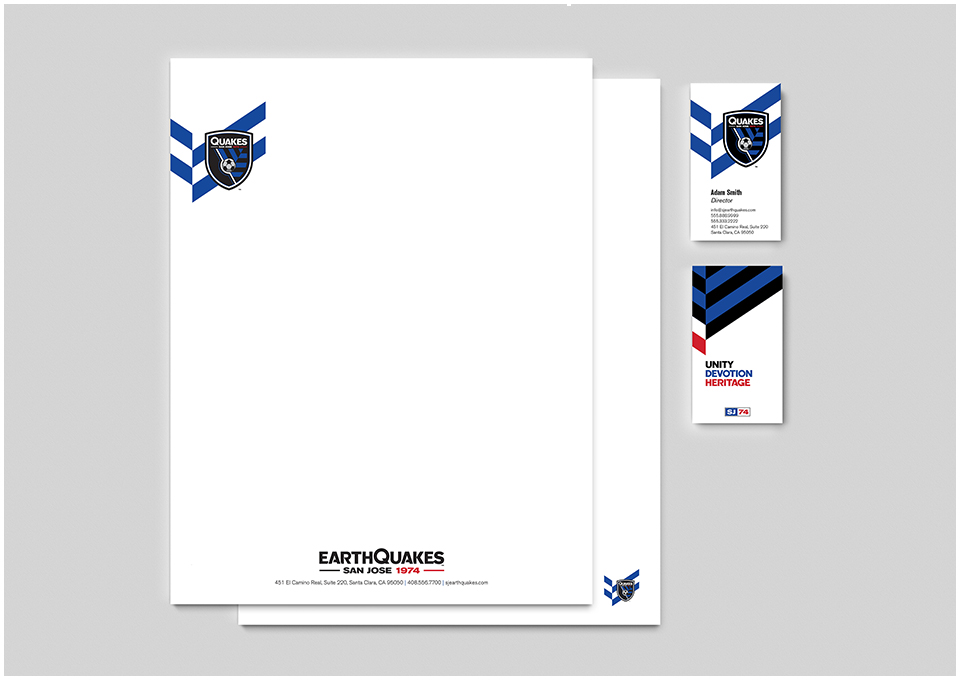 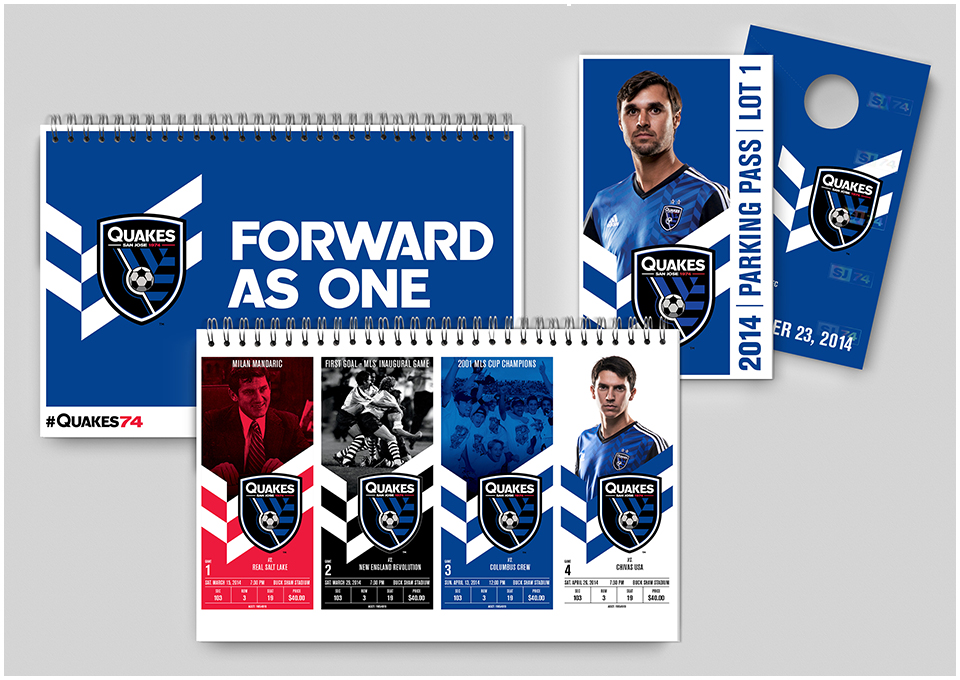 The San Jose Earthquakes were looking for an agency to help them redesign their identity. They chose Fiction based on our deep knowledge and expertise in working with global sports brands like Nike and adidas, and on our collaborative approach throughout concepting. We had multiple audiences: current and future fans in the Bay Area; MLS fans and soccer fans in general in the U.S.; and the global soccer community at large. A unique challenge was the club’s legacy. San Jose has a rich soccer history, with the Earthquakes of the NASL starting in 1974 and the Clash of MLS in 1996, reverting to its original name in 2000. That club won two Championships, in 2001 and 2003, and a Supporters Shield in 2005. The owners of that club then moved the team to Houston and became known as the Houston Dynamo. For three years San Jose had no MLS team, until the franchise was revived in 2008. The new club won its second Supporters Shield in 2012, and in 2014 celebrates its 40th Anniversary.

We began with a comprehensive survey of national and international soccer logos and sports team logos in general. With a clear picture of the competitive landscape, we identified where we wanted to go: a classic soccer logo, flat and undimensionalized, that acknowledged San Jose’s rich history and that expressed the idea and energy of an earthquake. We studied the club’s complex past, from its days in the NASL, to its first MLS incarnation as the Clash, to adopting its original name of the Earthquakes in 2000, its two championships and subsequent departure, and its recent franchise revival in 2008.
Based on Discovery, we wrote the Quakes Code: Unity, Devotion and Heritage. Unity expresses the close connection between the club and the community; Devotion expresses their shared love of the game and the club’s devotion to its fans; and Heritage honors the club’s rich history, which began in 1974. We created a Brand Constitution, a comprehensive timeline of the club’s history from 1974 to the present. And for the logo we engaged our team of designers to concept a broad range of compositional possibilities. Through an iterative process over several months, a winning design was selected and submitted for approval by the club to MLS and its apparel partner adidas. We also developed a Visual Center; designed a reveal event for the club; developed a comprehensive marketing strategy for the new identity; and continue to work with the club on stadium campaigns and activations.

On January 30th 2014 at San Pedro Square Market in San Jose, Fiction joined the Earthquakes players and management in a grand unveiling ceremony celebrating 40 years of Earthquakes soccer. Club President Dave Kaval introduced the moment of truth with a 5-minute video we created highlighting forty years of Quakes heritage, the club’s devotion to the game and to its fans, and to the club and community united in its love of soccer. At that moment, Quakes players Sam Cronin, Alan Gordon, Steven Lenhart and Victor Bernardez appeared on stage wearing the club’s new uniforms, including the new “throwback” kit highlighting the original red of the NASL Earthquakes. The crowd, it can safely be said, went wild. The event culminated a very long journey of discovery, exploration, surprises and epiphanies that resulted in some of the best work Fiction has ever done.