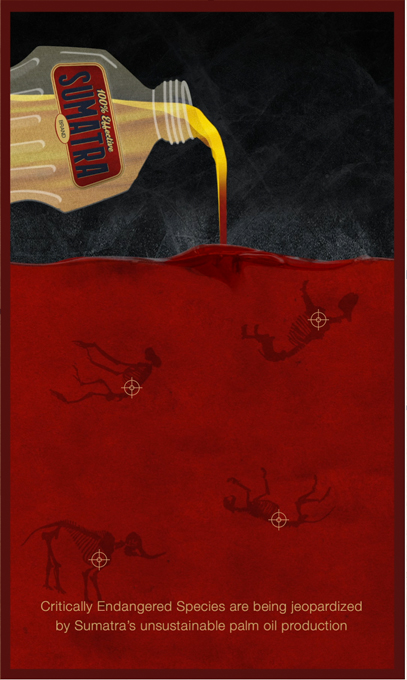 Create an animated poster of the topic social political events.

Being a social activist for many years, I am sensitive to destructive events worldwide. I recently was made aware of an extinction event happening right now to many of the animals in the Summartian rain forest, primarily due to the production of palm oil. Although there are now seven endangered species, I decide to focus on the critically endangered of the group. I wanted to present a dark yet beautiful visual that would initially seduce before the concept was reviled.

Since animation was part of the assignment, I intentionally chose to create a visual that would communicate, without any motion but would be enhanced by the movement. Relying strictly on animation without a persuasive poster to start may not draw the attention I was hoping. Using a typical oil bottle that one buys at the market made the image relatable, having the golden oil turn to blood add emotion.