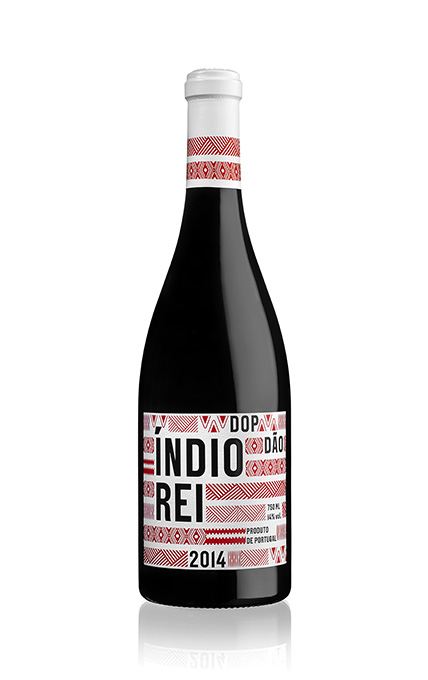 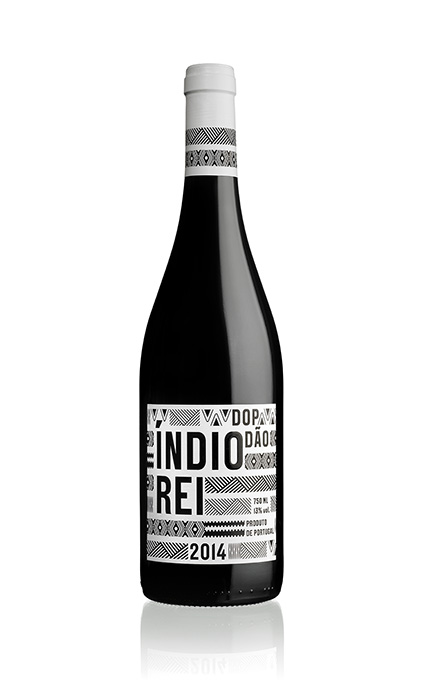 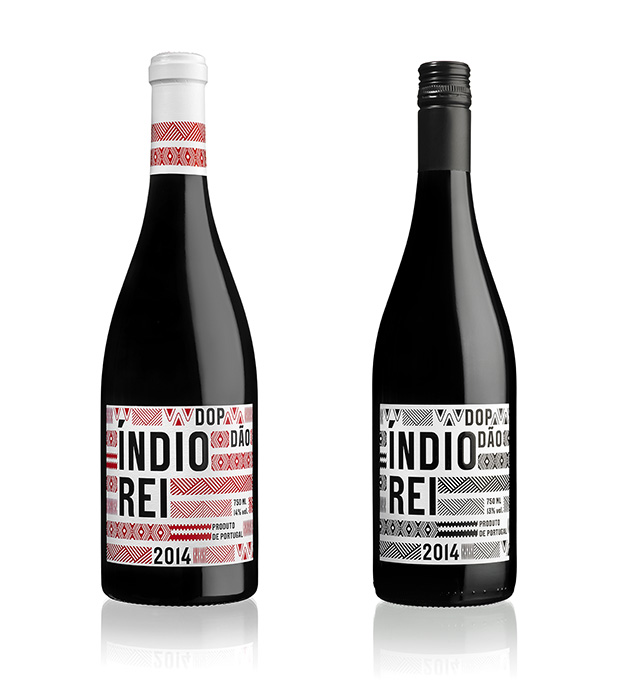 In 2015, Amora Brava, a Portuguese wine producer, was about to launch a new brand of wines: Índio Rei. The condition was that the design of the labels should be inspired on the indigenous culture of Brazil, since the name and the whole concept of the wine was inspired by a painting by the Portuguese painter Vasco Fernandes, a representation of the theme of the "Adoration of the Magi" (considered to be the first representation of Indian in the Western art), where a Brazilian Indian is portrayed in replacement of the black wizard king, Baltazar.

From the briefing and the keyword given by the client — strength, courage and bravery—, we were inspired by the tribal tattoos of the Brazilian Indians to develop the design. Typography plays an important role in this label, blending harmoniously with the tribal glyphs, resulting in a graphic composition in which none of the elements work in isolation. The colors black and red was chosen because they are two main ones used by this autochthonous population. Later it was released another wine of the same brand —Índio Rei Black Label — in which we chose to mark the difference replacing the color red for the black, to match its name.

According to the client, people stop to look at the labels, and not rarely ask to photograph them. This is an identity appreciated not only in Portugal but worldwide — some buyers from countries like United Kingdom, Germany, Switzerland, The Netherlands and even China (despite being a more conservative country), told that would chose this identity instead of others from Dão wine region. The colors are attractive to consumers and non-consumers, appealing to the senses. The brand is a success in Brazil and Portugal, being now the official wine of the Indigenous Art Museu (Curitiba, Brazil) and of the National Museum Grão-Vasco (Viseu, Portugal), having its launch been broadcasted on television channels in both countries.