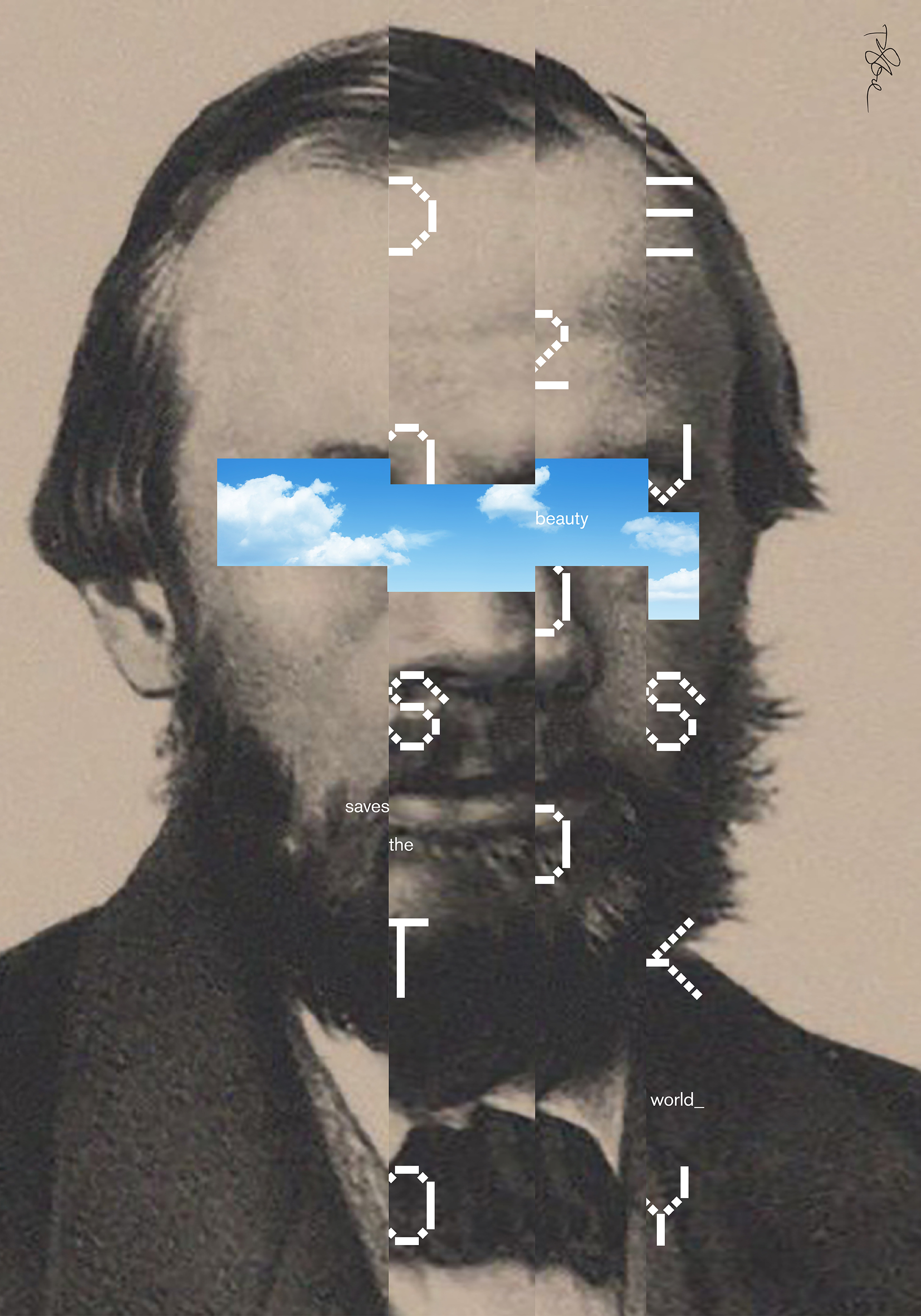 "Beauty Saves the World/Dostoevsky 200" is a category of the Global Biennial of Graphic Design Golden Bee 15, in which posters celebrate the 200th anniversary of Russian writer Fyodor Dostoevsky and his aesthetics.

Dostoyevsky's works explored irrational, dark motifs, dreams, emotions, and visions. Referred to as, "the dreamer," his writings combined fantasy, symbolism, and drama in which mental attitudes were personified. Yet perhaps most notably, Dostoevsky invented the polyphonic novel, in which multiple "idea-voices" co-exist and compete with each other on their terms, without the mediation of a 'monologizing' authorial voice. To evoke this thematic multiplicity, my poster juxtaposes images of serenity (infinite sky) against the stark, direct portrait of a man who forever changed the course of literature.