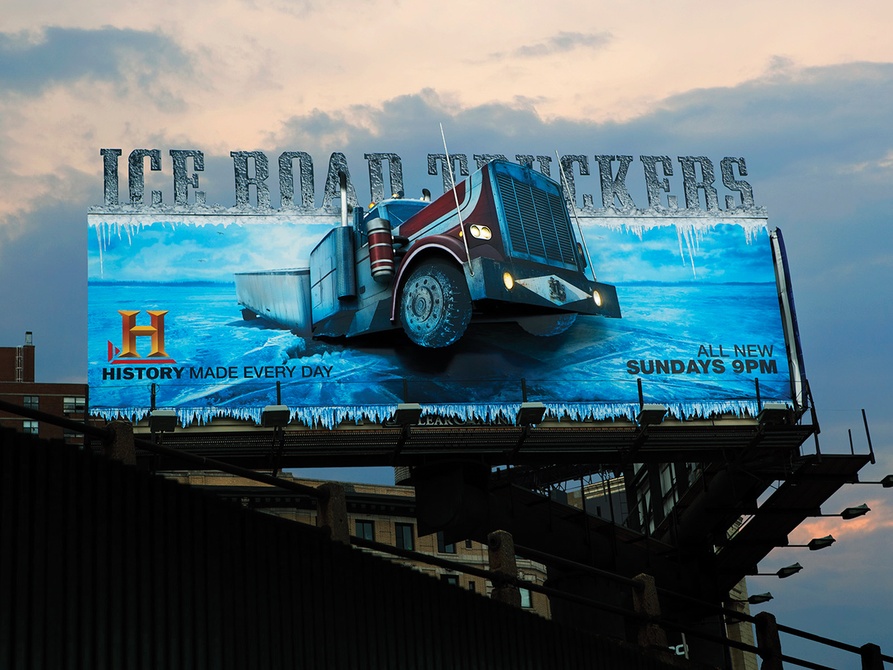 History’s highest rated show was back for its third season. The favorite guys of summer are driving on thinner roads, facing more danger and creating even more drama.
Our objective was to appeal to a broad male audience and the real life action aspect of the series. We created a 3D billboard of a truck that appears to be falling through ice. The headlights were practical and the use of a fog machine created smoke that billowed out of the exhaust pipes. There were only two boards created — one along New York’s Westside Highway; the other on Los Angeles’ Sunset Boulevard.
The premiere was watched by 3 million total viewers, 1.9 million Adults 25-54 and 1.7 million Adults 18-49, up 19% and 13% respectively versus Season 2.