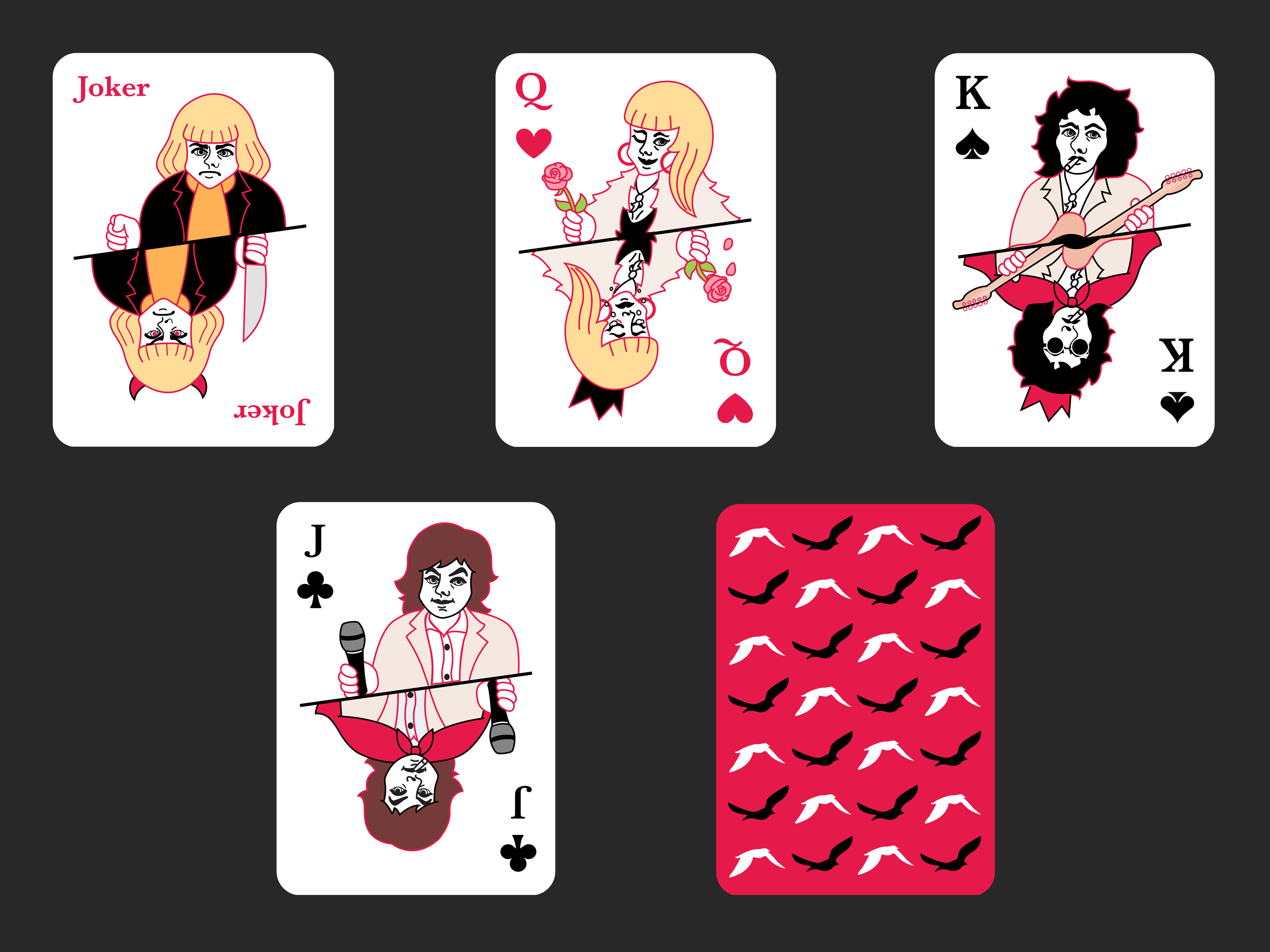 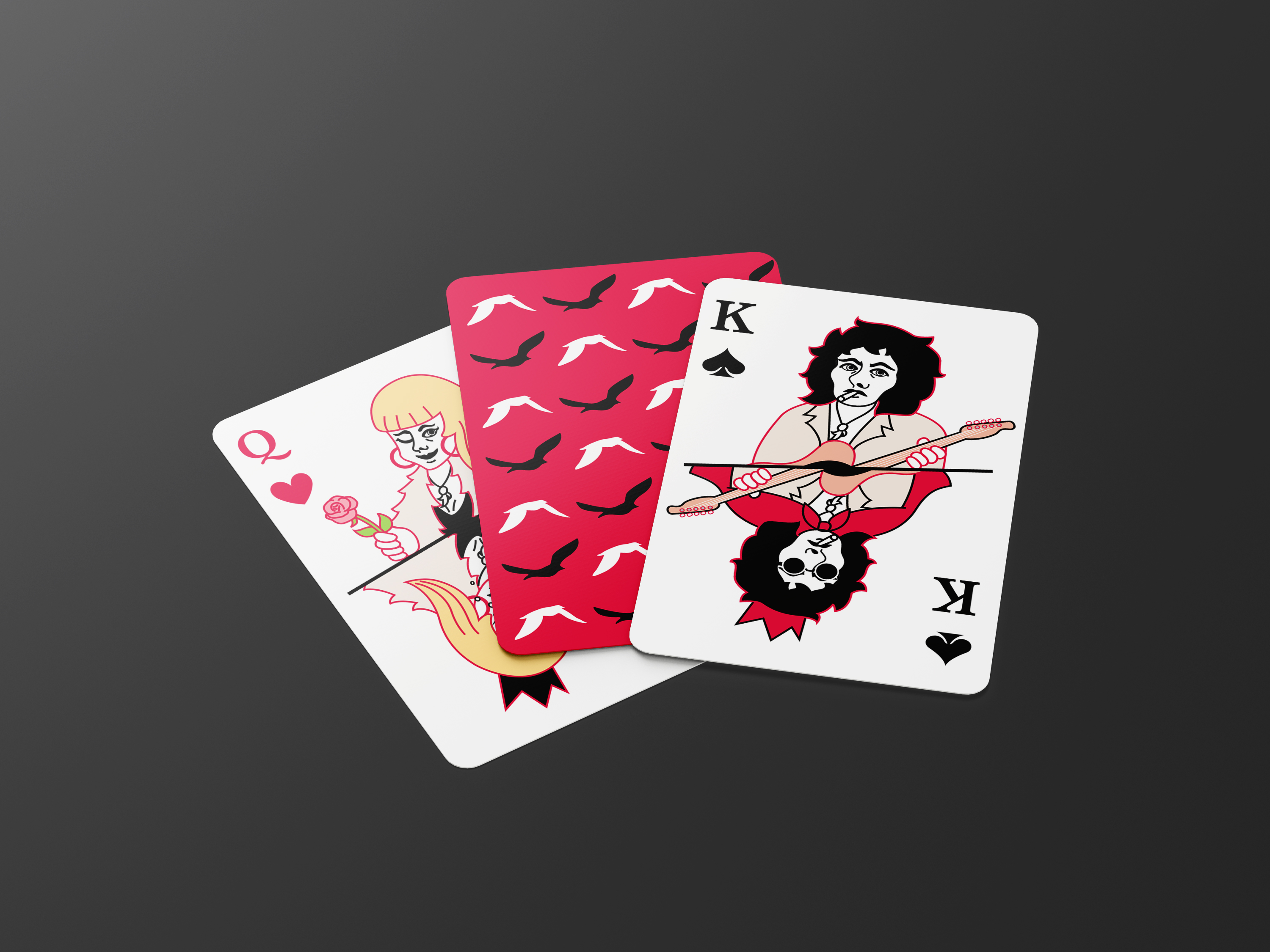 The assignment was to create a design based on Chapter 6 of Keith Richards' book "Life." The design could be any outcome such as a poster or book.

I approached our reading of the chapter by specifically paying attention to the way Richards described the other characters in his story. This inspired me to create a card set design intended to show the role of the main characters of the story.

My final outcome shows the characters illustrated as they would normally appear on the top and a flipped version of them with intended graphic adjustments to indicate their roles in the story below. I also intentionally chose each character on a particular card based on their descriptions in Chapter 6 of Richards book. Richards is shown as the hero of the story while Mick Jagger is the sidekick, Anita is the damsel in distress and Brian Jones the villain.