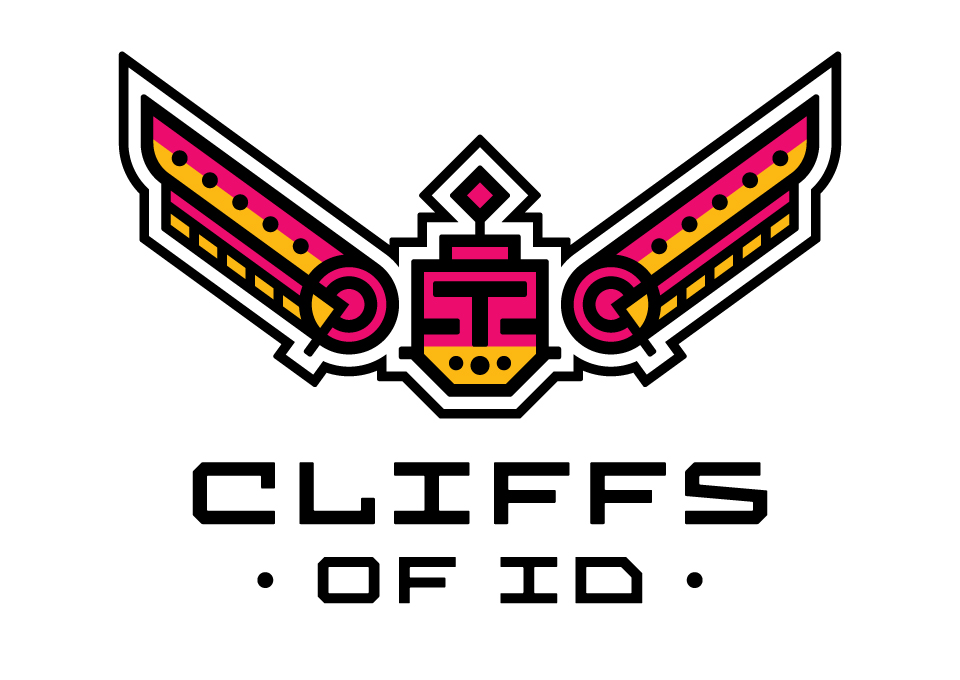 Cliffs of Id is a new climbing gym opening in Culver City, California. It is named after a passage in Reyner Banham’s “Four Ecologies of Los Angeles,” a book about Southern California and its architecture: “The Plains of Id are where the crudest urban lusts and most fundamental aspirations are created, manipulated and, with luck, satisfied.”

The Cliffs of Id identity is a winged robot, an encapsulation of the future as promised to us by T.V., Disneyland, and the myth-making Southern California of the 1950’s.

Like most of my trademark work, I inked this symbol by hand prior to rebuilding it in Illustrator.