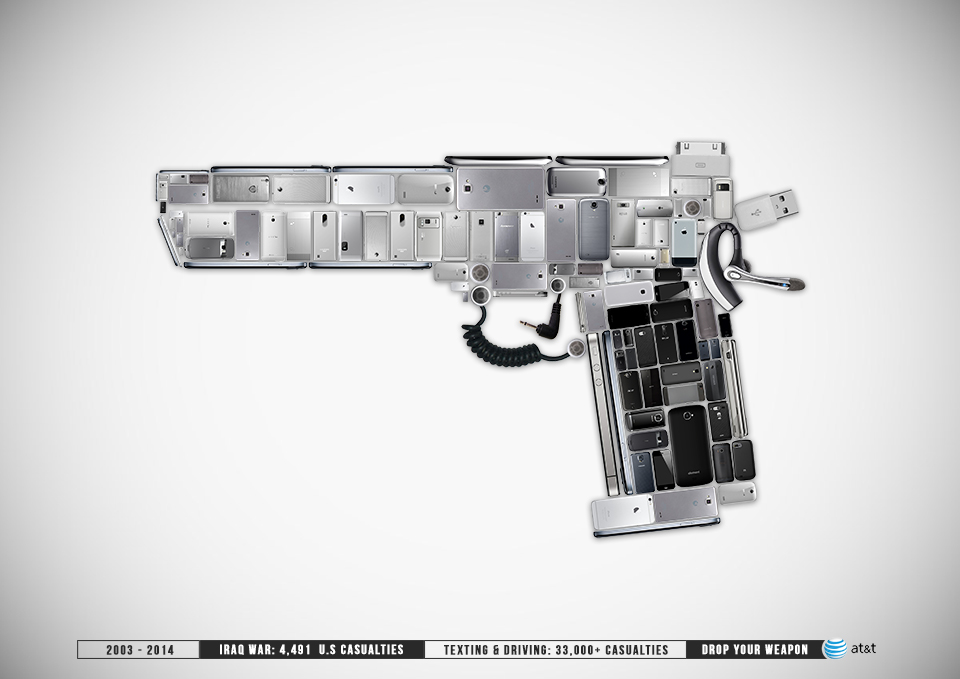 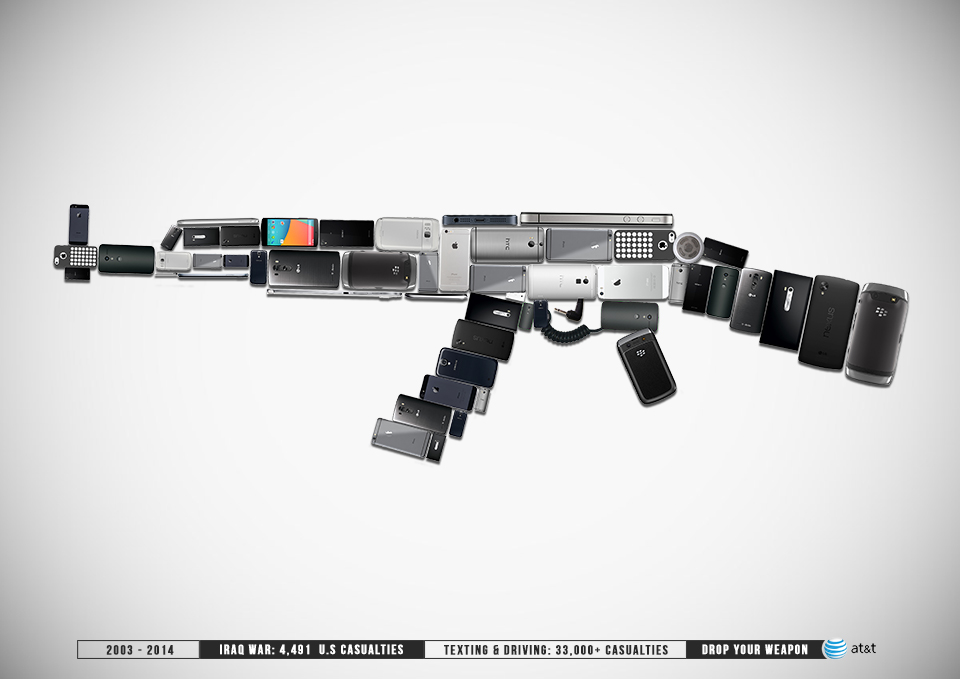 Raise awareness of the dangers of Texting and Driving.

Big Idea: If you compare statistics, Texting-&-Driving is as fatal as going to war. We wanted to portray the magnitude of that catastrophe by visualizing weapons of destruction through cellphones.

Drop your Weapon is a campaign created for AT&T.

Texting and driving is responsible for one death every 2.6 hours, and this number is increasing day after day. According to the U.S. Department of Defense, 4,491 soldiers were killed in action while serving in Iraq from 2003 to 2014. Whereas, every year since the start of the Iraq war, the CDC reports that 3,000 people die because of texting and driving.

Cellphones of different kinds and brands in addition to their accessories were used to create a mosaic depicting potentially fatal weapons to convey that texting and driving is like holding a weapon.