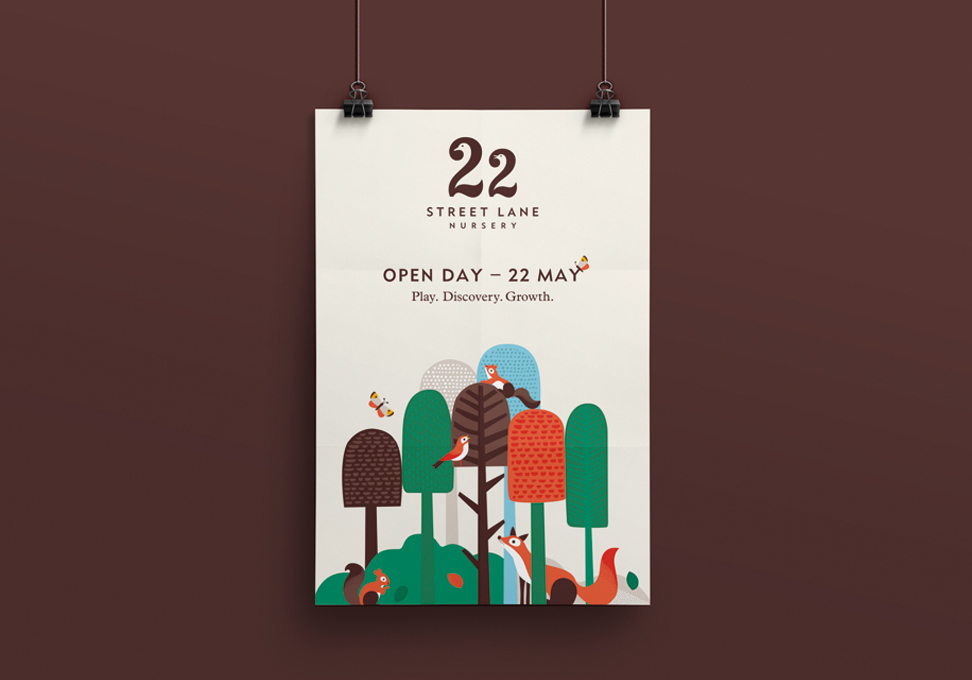 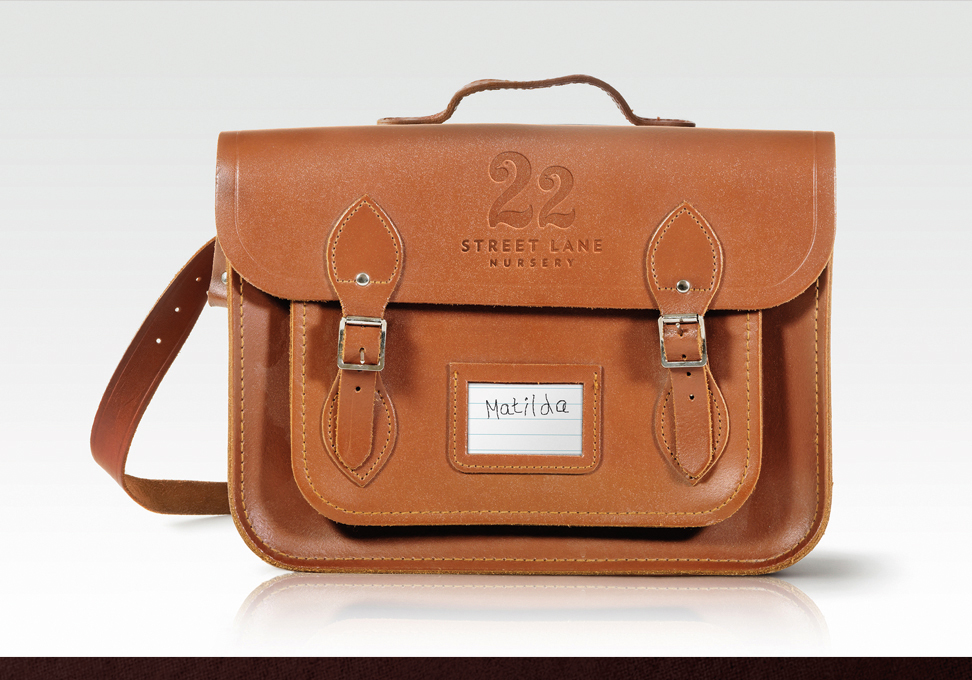 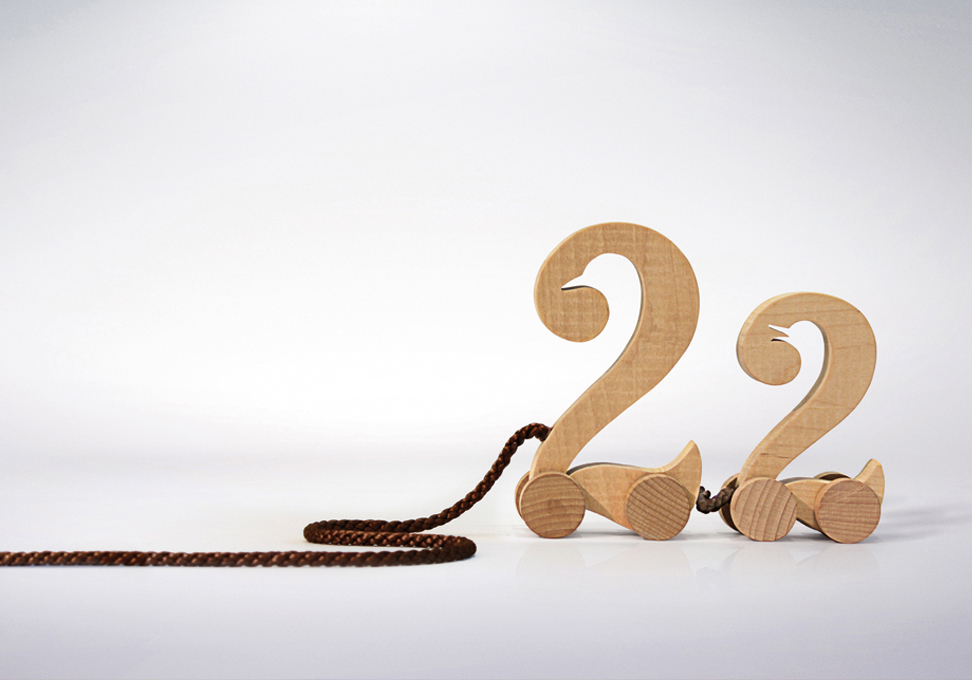 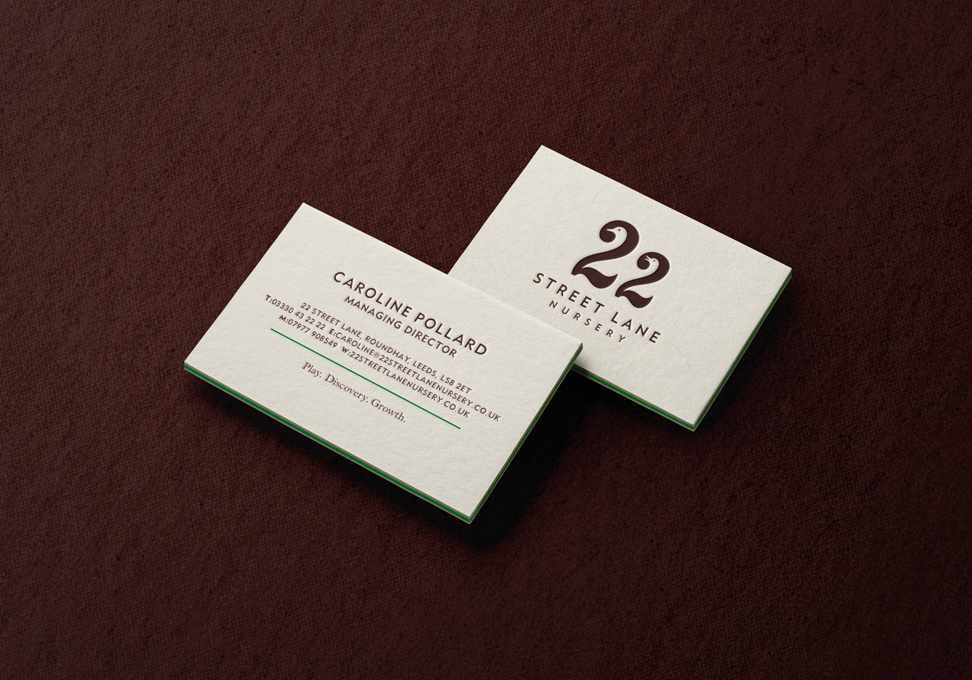 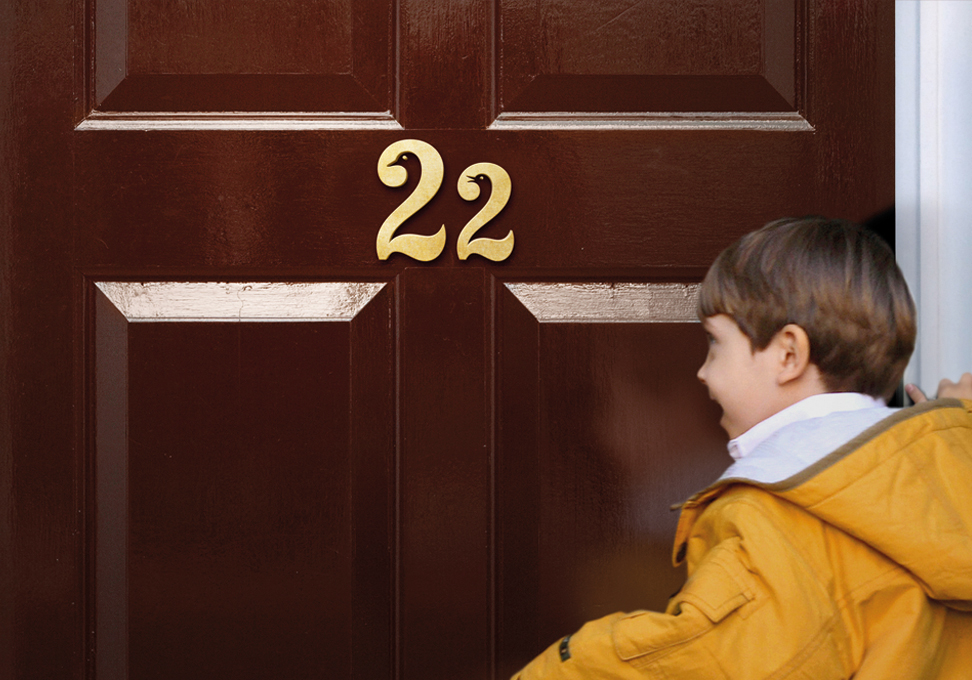 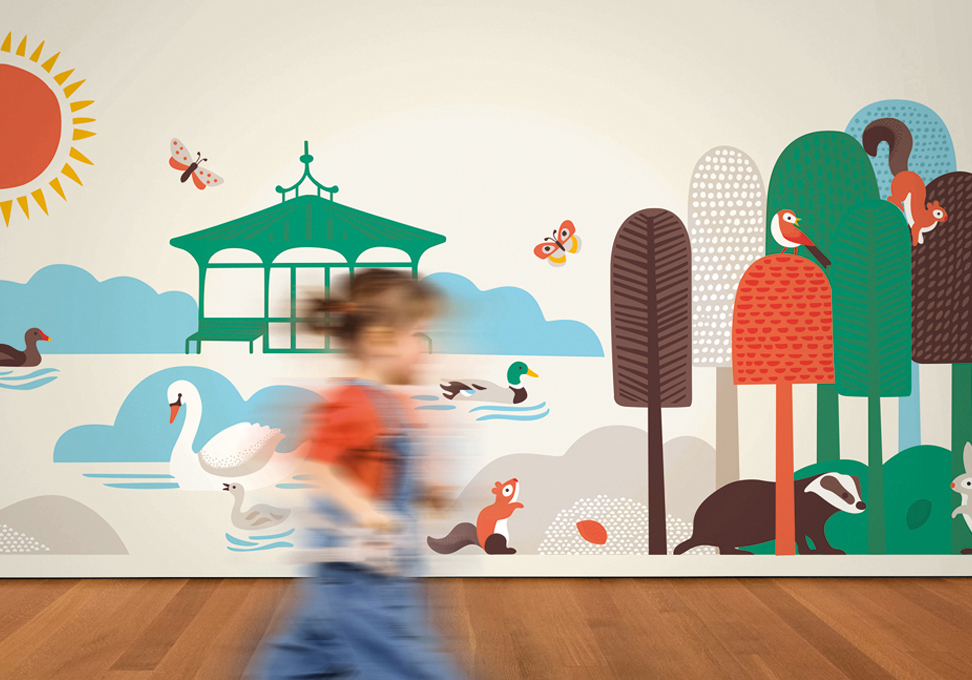 22 Street Lane Nursery is an exclusive new day nursery situated in Roundhay, Leeds. It has ambitions to provide excellence in early years care and education for children between the ages of 3 months to 5 years. They needed an identity that was fitting of their aspirations.

Children are encouraged to learn through play and proximity to nature is an important part of the nursery’s environment. Equally, there is a strong focus on the learning journey of each child and the growth of the individual. Our marque seeks to capture this by representing the growth and development of the individual child and the close bond between children and staff.

Creating distance from other nurseries, 22 Street Lane Nursery turns its back on primary-coloured plastic and childish graphics, and instead takes its cues from luxury and resort branding to appeal to a more discerning clientele and their children.

The team at 22 Street Lane Nursery are delighted with the identity. “It conveys our brand values and certainly makes us stand out from the crowd. It conveys the ‘outstanding’ status we are striving for at our nursery, as well as the prominence of nature and art of our Early Years educational ethos.”
Alexandra Lawler, Marketing Manager, 22 Street Lane Nursery.

Although the nursery is still being renovated and will officially open in Spring 2016, the brand has had a massive impact. Within a month of initial promotion and its waiting list going live, it was already 85% full – something they had not expected, given the local competition and other nurseries opening in the area not being fully subscribed. They have also received a lot of interest from people wishing to work for them.