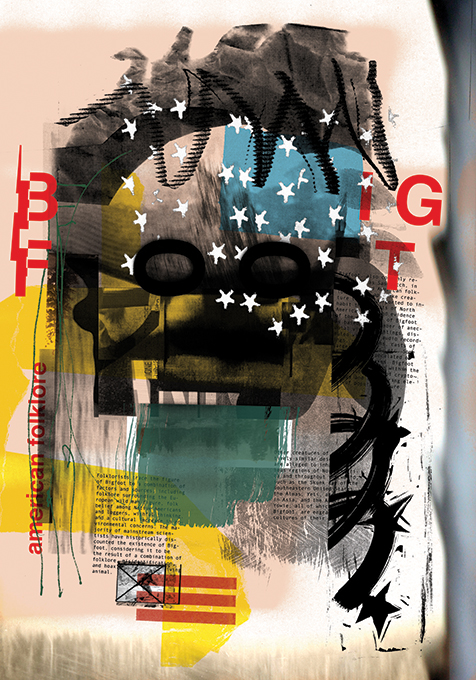 Folk Legends in the Poster Design (Poland) prompted designers to generate a poster based on a cultural folk legend. I love that the United States is a ‘melting pot’ of immigrants. Many of the legends, fairytales, and folk stories shared maintain a linage to other nations of origin. This strong intertwinement of cultures made selecting a subject for this project diﬃcult, as I felt it was important to focus on a folk legend who’s beginnings were, at least primarily, unique to North America. My research led to a small grouping, one of which being the story of Bigfoot. Growing up, I recall hearing about sightings of this wondrous creature, with each report being more fantastical than the previous. Bigfoot became a natural choice that allowed me to vision my own reality of the creature’s appearance—a composite of my research.