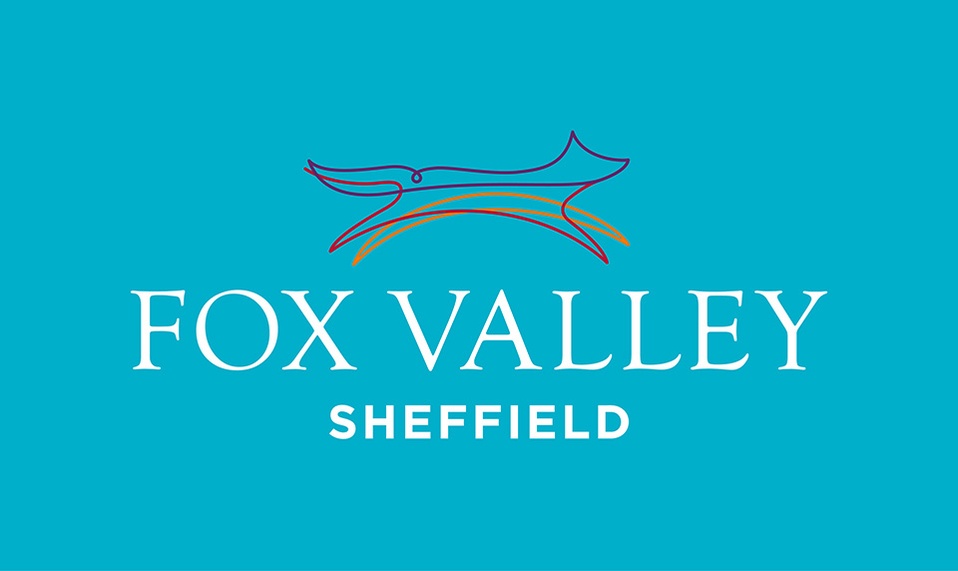 Fox Valley Retail Park is an exciting new £50 million retail-led regeneration scheme on the outskirts of Sheffield. The development responds to the need for a new retail and commercial heart in this growing suburb and was carefully designed to reflect the area’s rich, industrial heritage. WPA Pinfold was tasked with creating a brand identity and visual language for Fox Valley Retail Park. The challenge was to develop a brand expression that would deliver the necessary integrity and longevity to be able to exist beyond the development and attraction phase, as the park turned from a plan to reality.

We created a brand that was grounded in the heritage of the land and locality, giving a real sense of place and provenance. The concept derives from the heritage of the site, originally Fox Wire Steelworks, owned by Samuel Fox – credited with inventing the steel frame umbrella. The brand identity is made up of an expressive wire frame illustration of a leaping fox. This approach was then adopted at a promotional level in terms of a suite of supporting iconography. The typography combines a classic English serif typeface and a contemporary sans serif, emerging the historic look with the modern.
The brand identity and marketing collateral were used to attract retailers, business owners and potential residential buyers to the Park.

The Fox Valley Retail Park officially opened June 2016 by TV and film star Joanna Lumley. The park is a multi-purpose site hosting both restaurants and food outlets as well as the region’s largest ALDI store, along with other major retail names such as Next, Timpsons, Costa Coffee, Pets at Home and, Edinburgh Mills.
The retail aspect of the park has been fully let and the office accommodation of 60,000 sq ft has had a good uptake with many companies relocating. Phase Two includes a new department store and many other fashion retailers due to open trade in September 2016. On the success of the first two phases, plans are already underway to expand and build further stores.