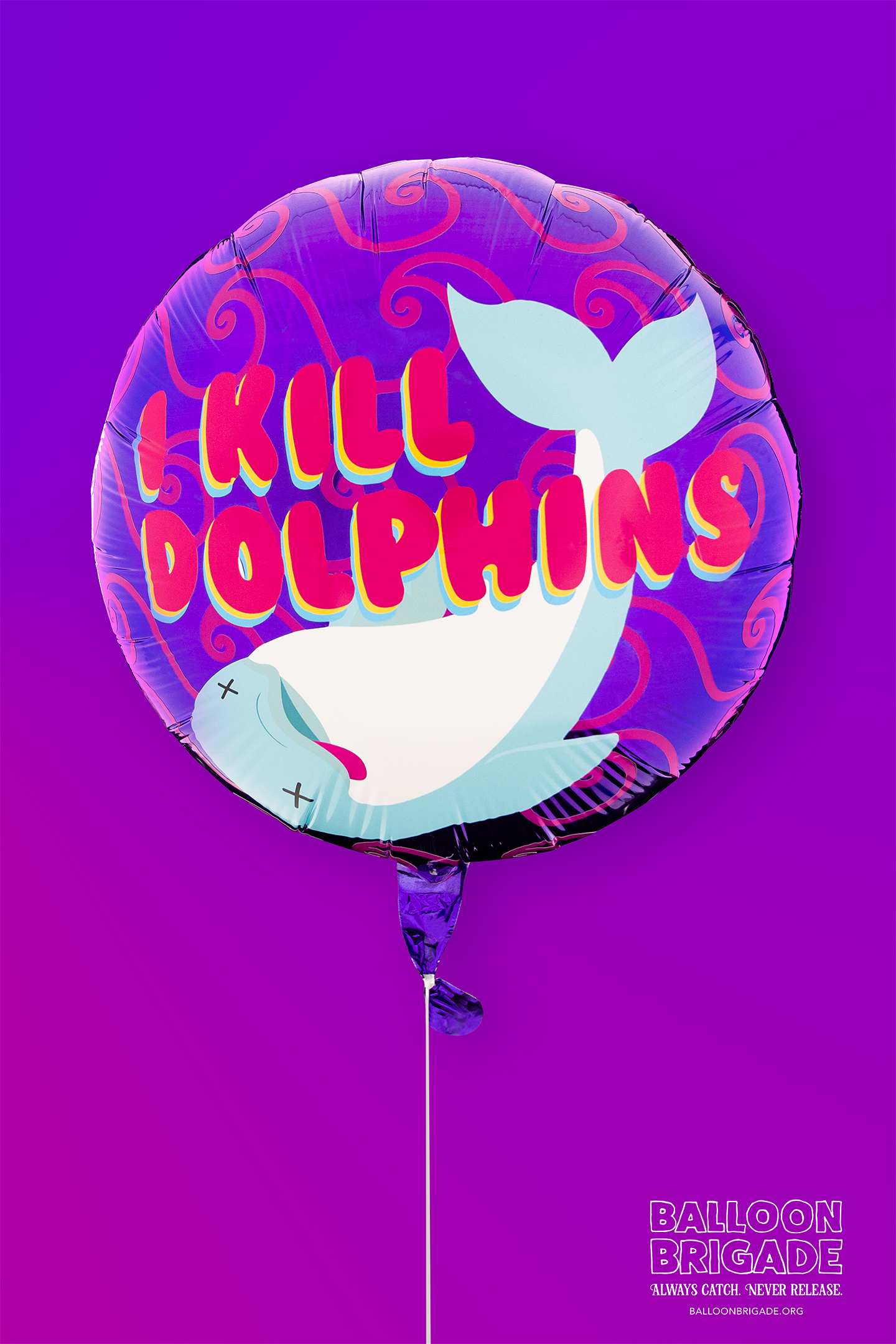 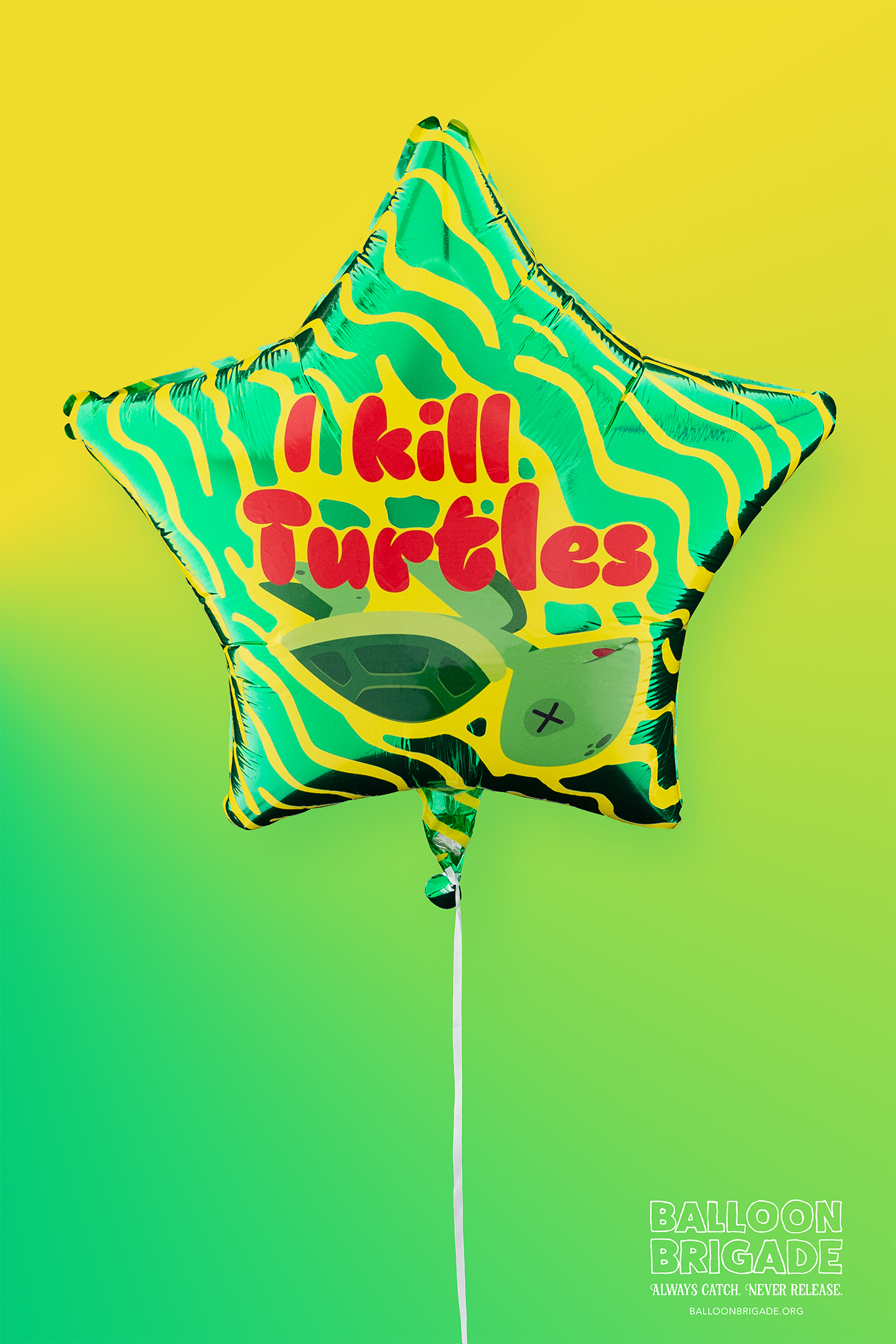 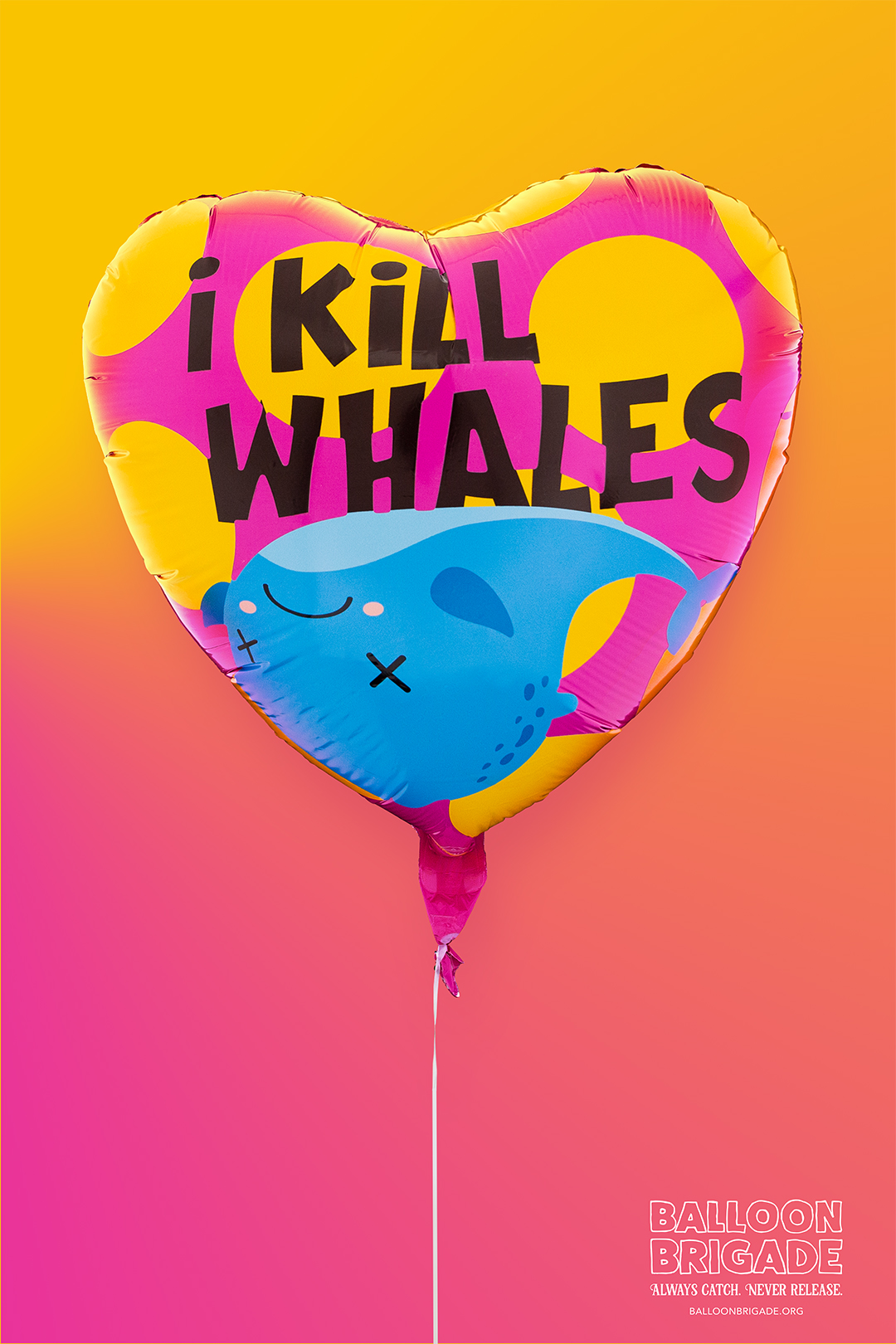 After collecting hundreds and hundreds of balloons while fishing off the coast of California, Shane Hutton and Lee Walters, Co-Founders of Arcana Academy, decided that something needed to change. That’s when they started the 501(c)3 charity, Balloon Brigade. The goal? Bring more awareness to the issue of plastic pollution in our oceans. They chose the balloons to be the poster child, literally, because of the world of design possibilities and the fact that everyone loves balloons. The Balloon Brigade has now pulled thousands of balloons from the ocean in its two years of existence and there is still more work to be done.

Balloon Brigade isn't out to put a stop to the balloon industry. We love balloons. This campaign is to bring awareness to the growing issue and promote the idea that you should Always Catch, Never Release.

An eye-catching design is a very powerful tool to change minds, behavior, and trigger an emotional response.

The Arcana Academy team wanted to convey the message of this issue but in a new way, one that would bring a stark contrast to the “gloom and doom” tone of many environmental charities. Balloon Brigade wants to send a message that conservation can be fun. The team decided to juxtapose the playful colors and characters common to balloons with a straightforward blunt message to create a “delight and shock” experience for the audience. Hopefully, inspiring donations and support.

Since the launch of the campaign the support for the cause has grown exponentially on social media channels and donations to BalloonBrigade.com have increased by 100x.