500 Years of the Postal Service in Portugal 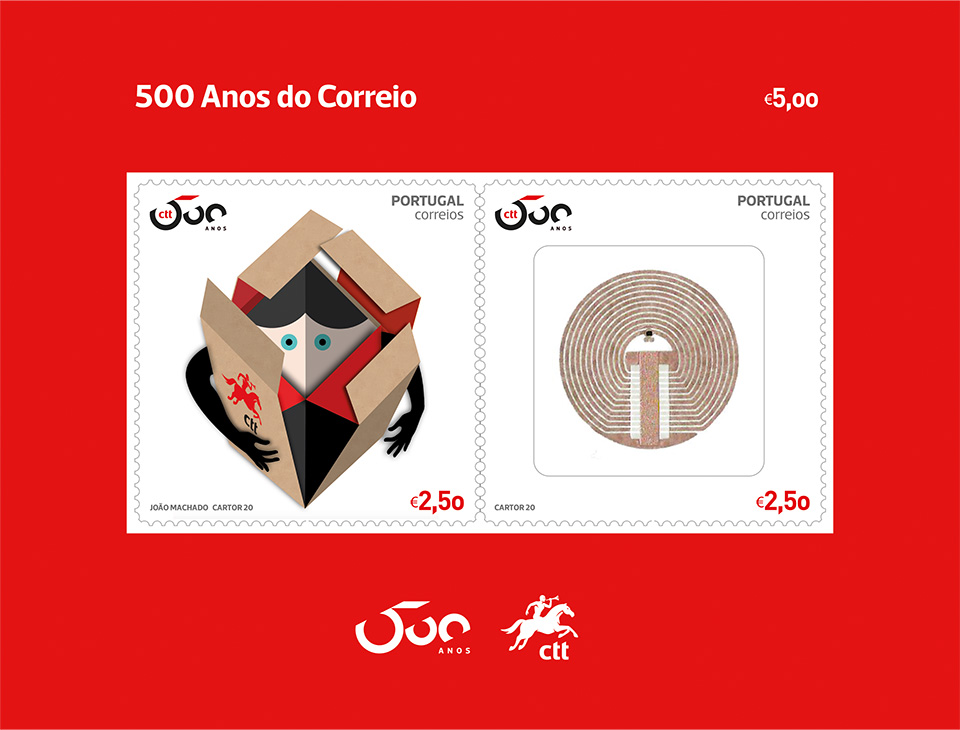 Title
500 Years of the Postal Service in Portugal

This work was commissioned by CTT Filatelia - Correios de Portugal, in the year which marks 500 years of the postal service in Portugal, and also in the context of the new pandemic coronavirus, which spread worldwide in 2020.

In 2020, the new coronavirus pandemic shocked the entire world.
Empty streets, closed schools, canceled flights ... our life seems to have stopped. The advent of working from home. The absolute need to wear a mask ... the paradigm of physical distance. Hugs and other displays of affection are prohibited.
This work aims to appeal to mandatory confinement.
Let's stay at home. Protect yourself and others around you.
The chosen image for this philatelic issue is that of a frightened figure that is hidden and confined in his house (the mail package). The purpose of this philatelic edition was to show that it is essential to have hope for the future, and to help people to overcome this global crisis.

Total success.
This work was awarded by 'The World Post & Parcel Awards 2021' (regarded as the “Oscars” of the mail and express industry); Category: Philatelic Campaign of the Year.
This philatelic issue, is a CTT Filatelia App called 'A Time for Hope', the first ever philatelic souvenir sheet to be produced with a graphene insert, which contains a printed electronic component featuring the poem 'Contagion', written in 1951 by the portuguese doctor/poet Miguel Torga.
This app works by using your phone's camera and now, combined with NFC technology, in accessing to philatelic innovations with augmented reality.