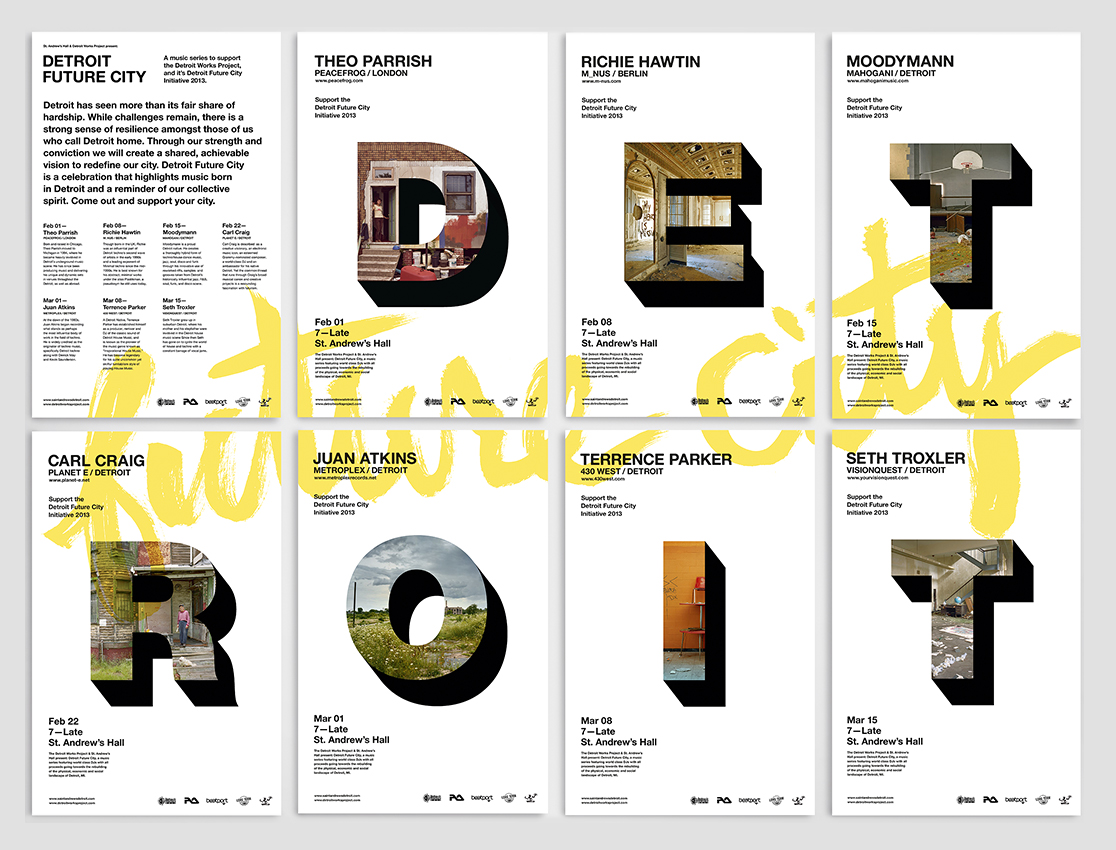 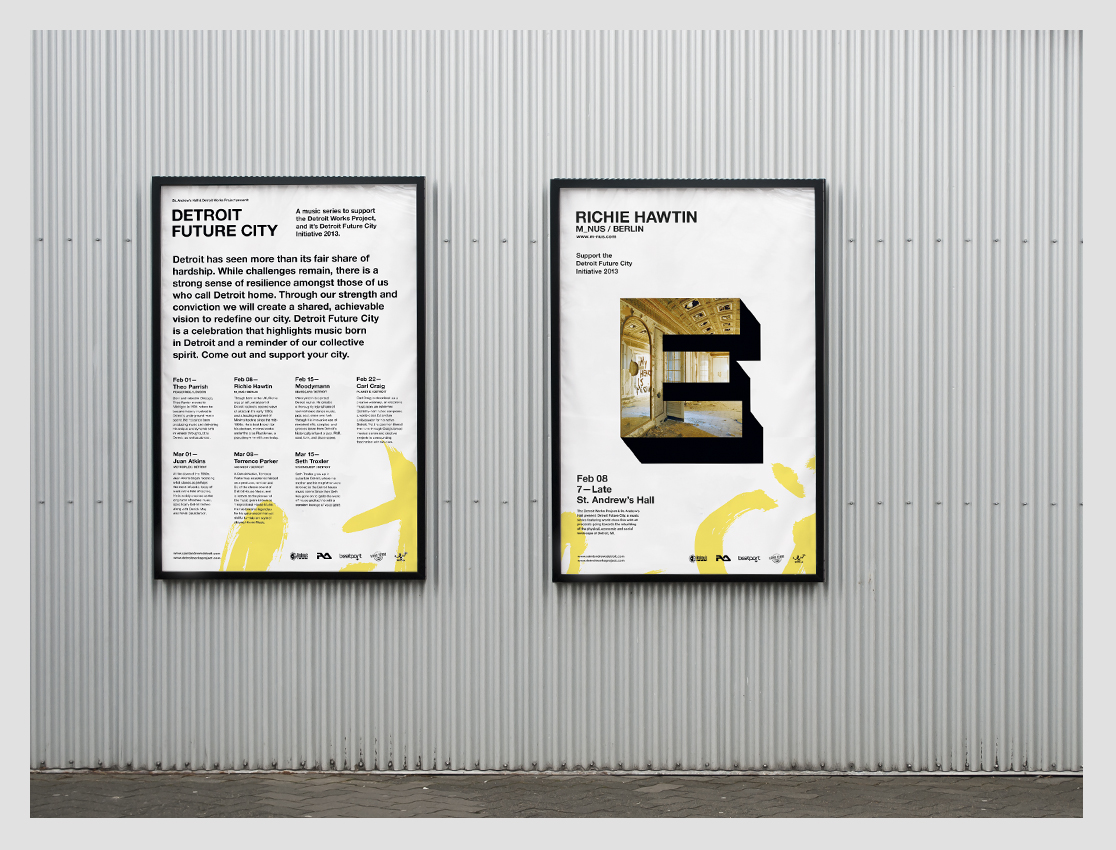 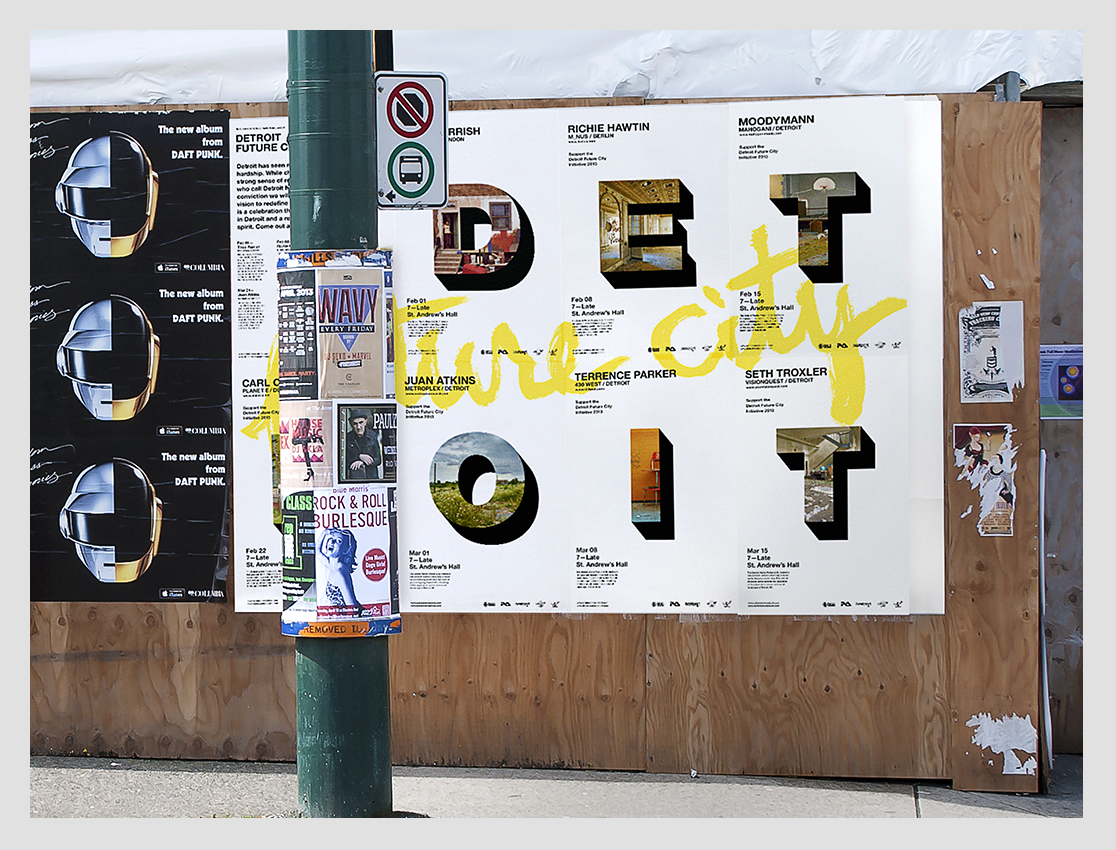 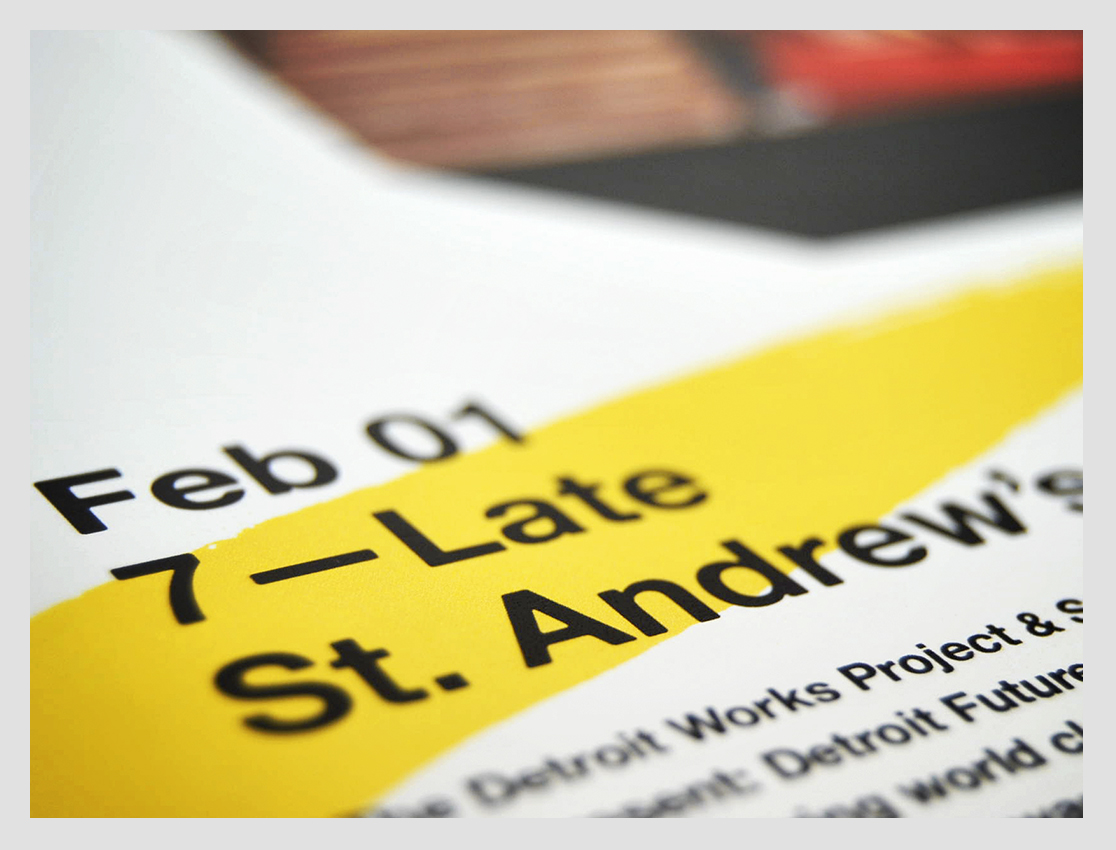 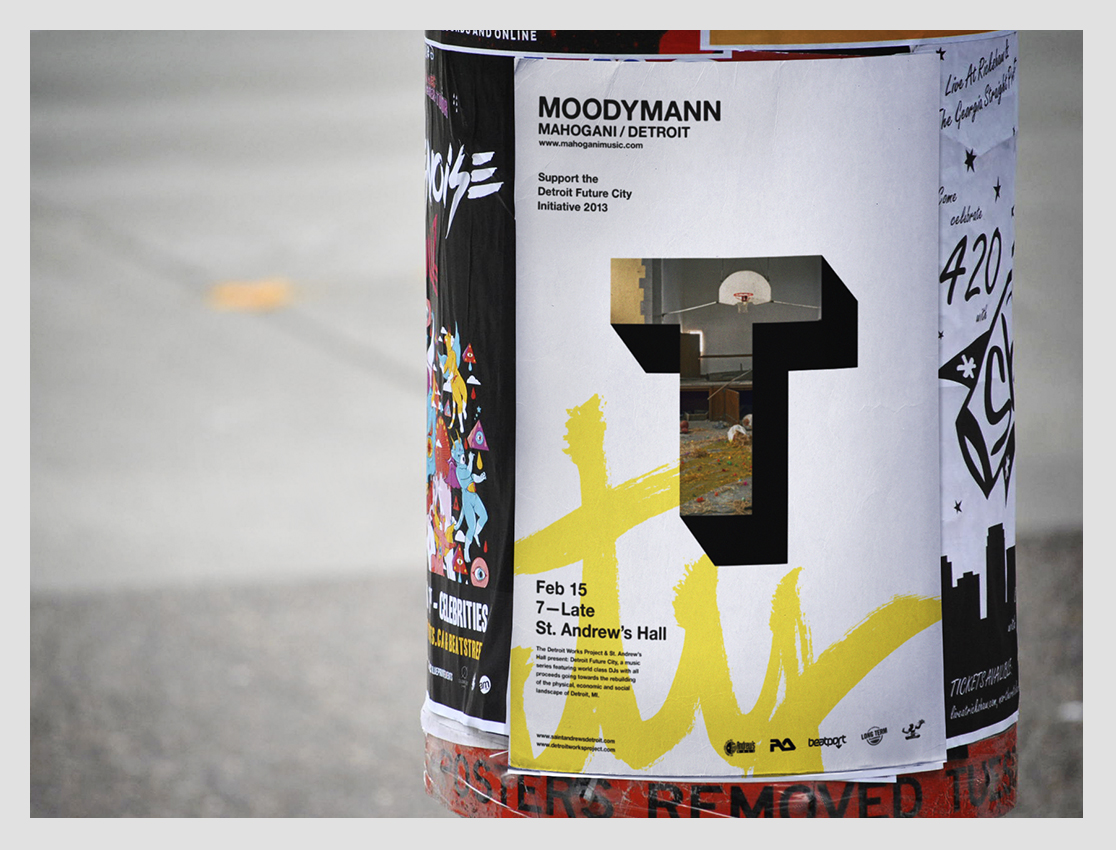 Assignment:
Create a gig poster for a music concert benefiting a charity or social cause.

Approach:
As designers we have the power to be catalysts for social change. For this project we created a fictional music series to benefit the city of Detroit, presented by St. Andrew’s Hall (a legendary music venue) and the Detroit Works Project (an urban planning initiative seeking to redefine the city’s physical, economic and social landscape).

Techno music was born in Detroit. This series features DJs who helped create it, and targets music fans as well as community members who want to celebrate and support the initiative.

Our goal was to create a cohesive, focused poster series that work as stand-alone pieces and as a whole. The letterforms represent Detroit’s infrastructure, which become vessels for the derelict yet hopeful imagery. These images represent the possibility of cultural reform and a new beginning. The hand-brushed script provides a tactile counterpoint to the structured format of the posters, providing a youthful, human touch symbolizing Detroit’s rebirth.