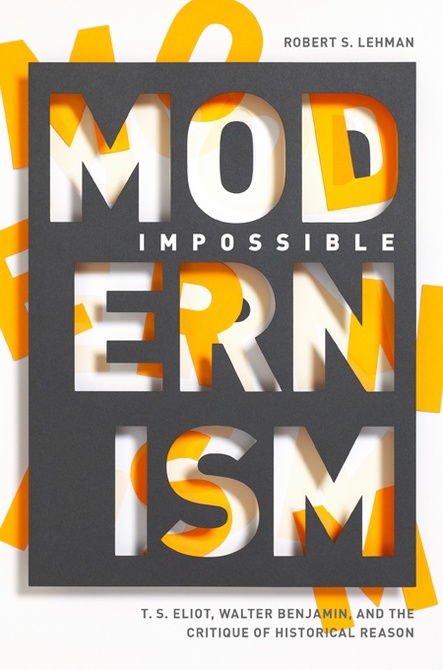 Summary of the book:
Impossible Modernism reads the writings of German philosopher and critic Walter Benjamin (1892–1940) and Anglo-American poet and critic T. S. Eliot (1888–1965) to examine the relationship between literary and historical form during the modernist period. It focuses particularly on how they both resisted the forms of narration established by nineteenth-century academic historians and turned instead to traditional literary devices—lyric, satire, anecdote, and allegory—to reimagine the forms that historical representation might take. Tracing the fraught relationship between poetry and history back to Aristotle's Poetics and forward to Nietzsche's Untimely Meditations, Robert S. Lehman establishes the coordinates of the intellectual-historical problem that Eliot and Benjamin inherited and offers an analysis of how they grappled with this legacy in their major works.

To communicate literature breaking out of historical boundaries, we built and photographed a typographic sculpture made out of cut paper. The final cover is a composite of many photographs, generating a sense of movement and creating a visual metaphor for "Impossible Modernism.”

This book was published by Stanford University Press in 2016.