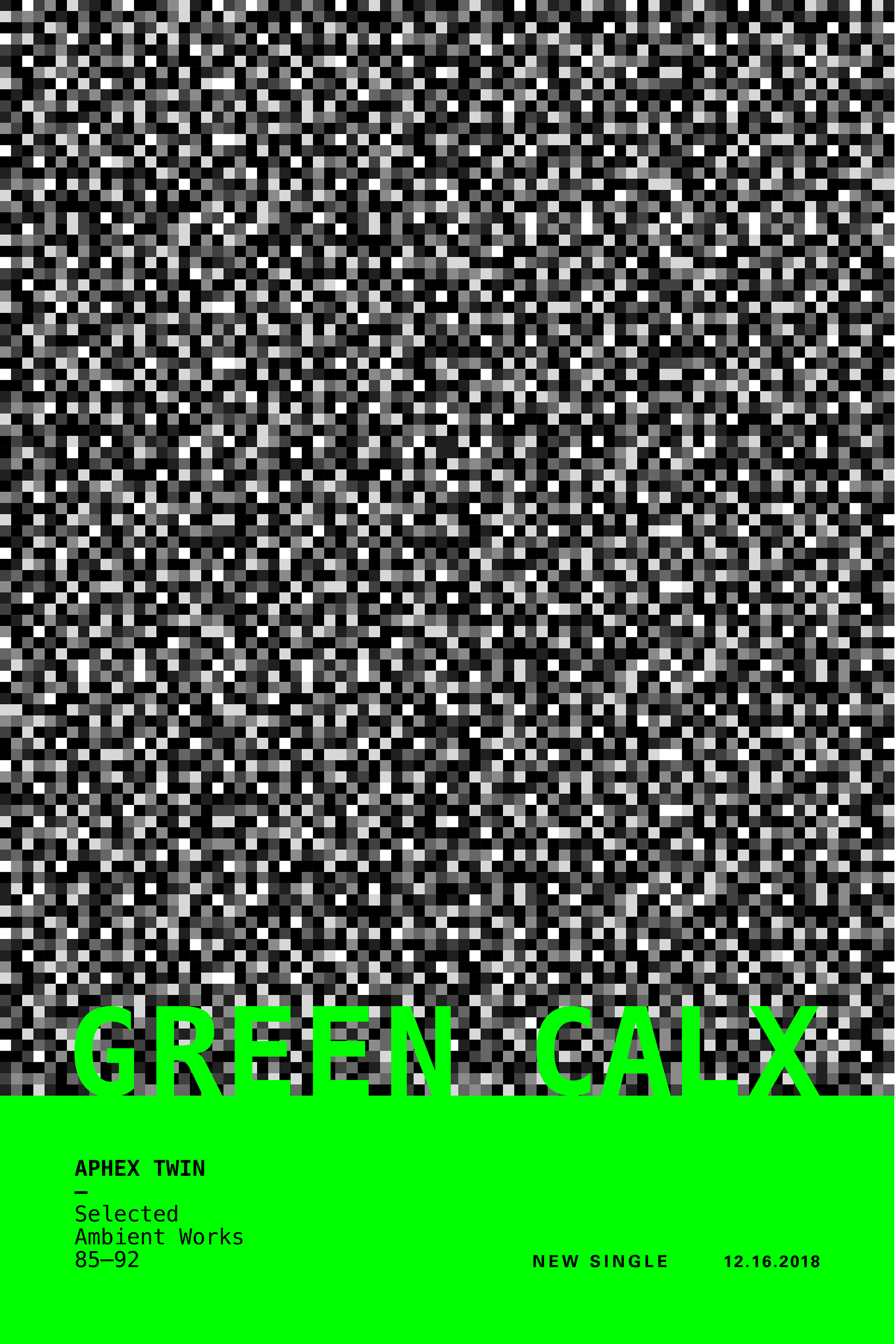 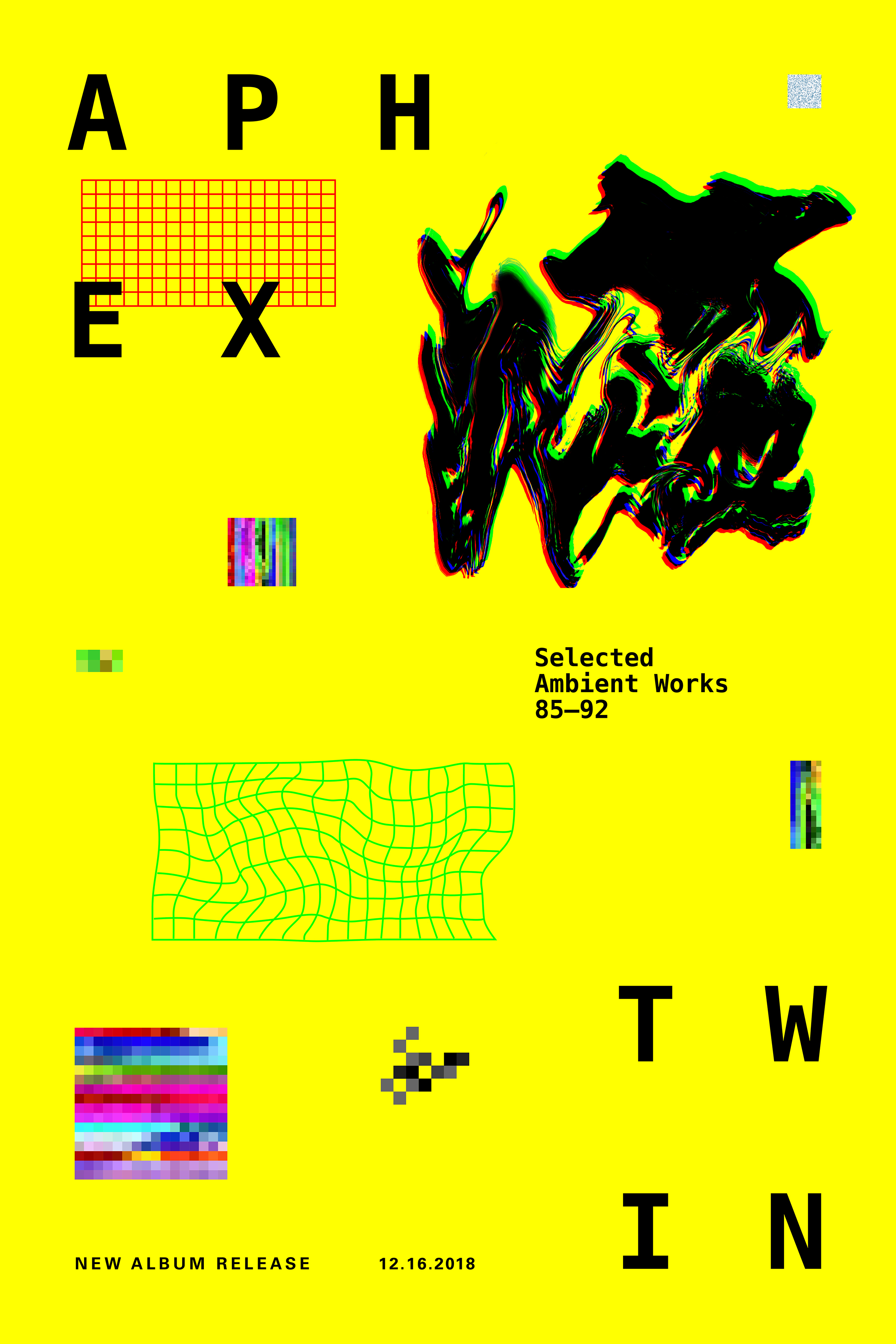 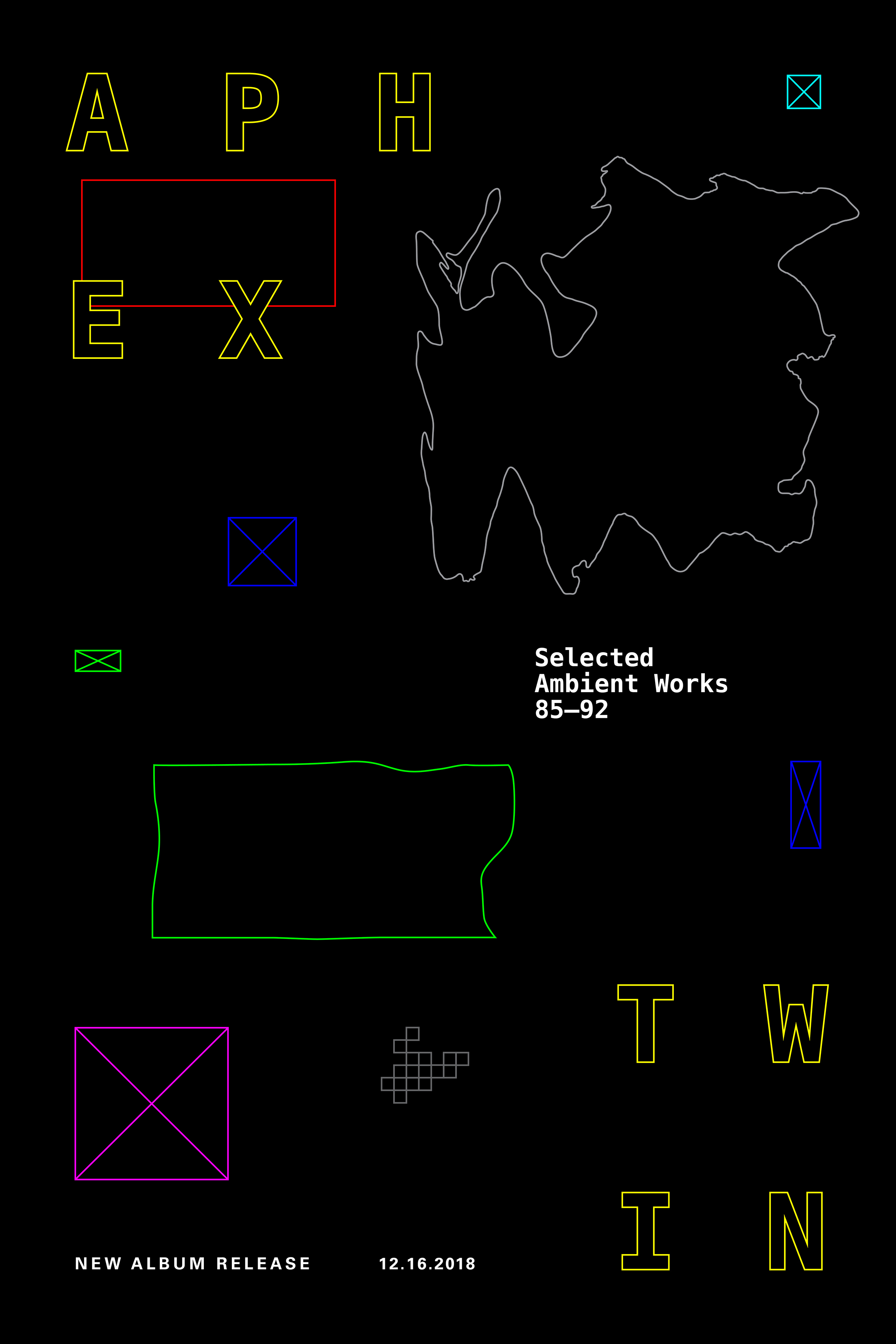 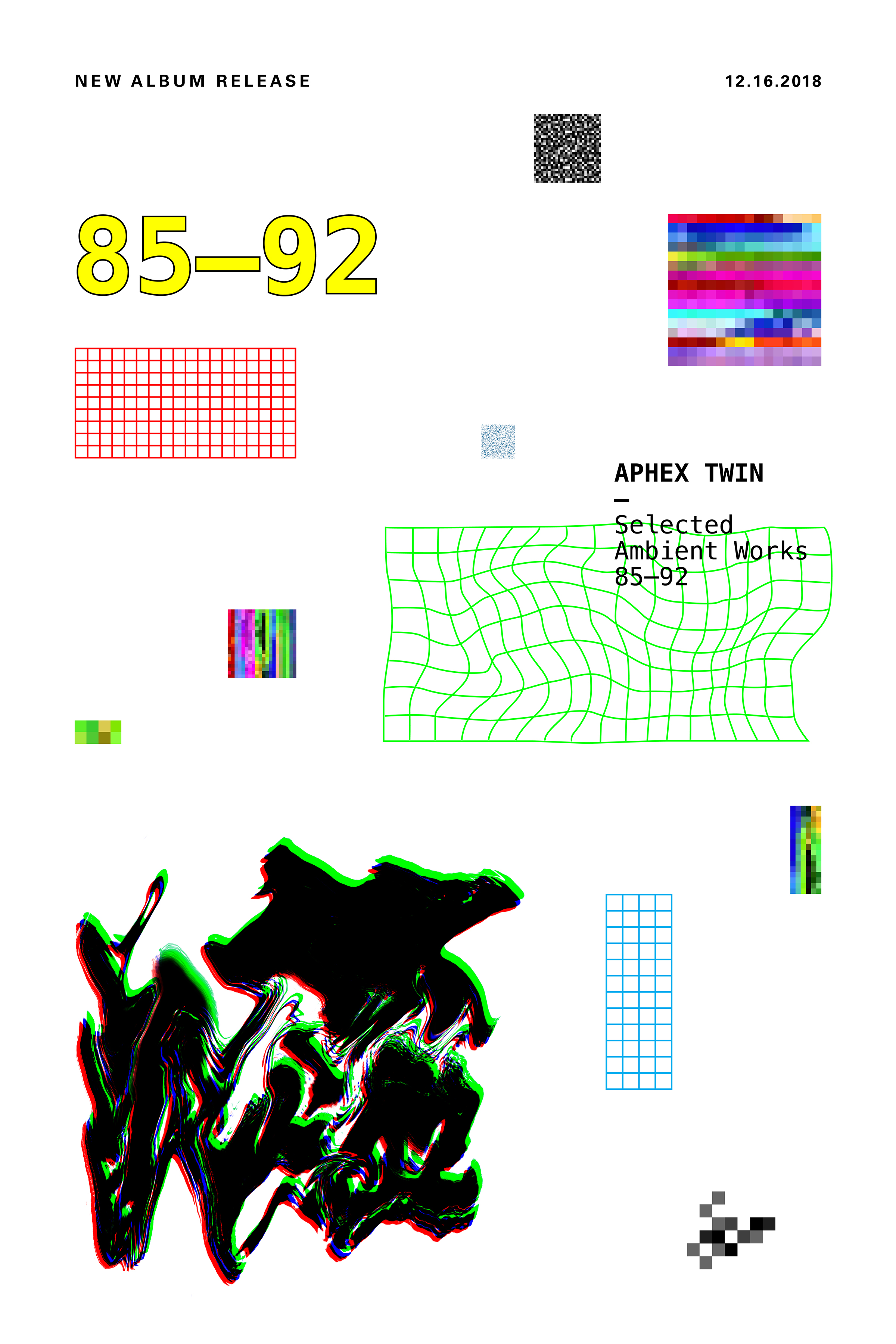 This is a rebrand for Aphex Twin’s debut studio album, "Selected Ambient Works 85–92". The album received widespread acclaim and has been characterized as a landmark of electronica, ambient techno, and intelligent dance music. The tracks are primarily instrumental many of the songs use samples. The overall identity introduces Aphex Twin’s stylistic approach towards the album by positioning and collaging graphic elements on grids.