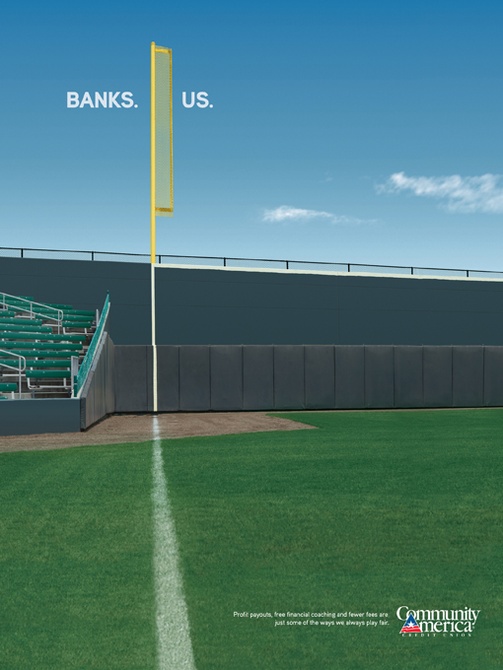 Assignment (the project and its goals)
CommunityAmerica Credit Union is a proud sponsor of T-Bones baseball, a minor league team in Kansas City. While we were assigned to declare that sponsorship but we wanted to go a little further.

Approach (your creative process)
We saw this as an opportunity to differentiate our client from big banks, who have been the new at this time for practicing less-than-fair policies. As a credit union, our client was more than just on the up and up. They helped people and looked out for them as well as their money.

Results (and the client’s reaction)
The “Fair Pole” concept was such a success that not only did the fans and team rally around the idea, but it was quickly translated into a full page ad.