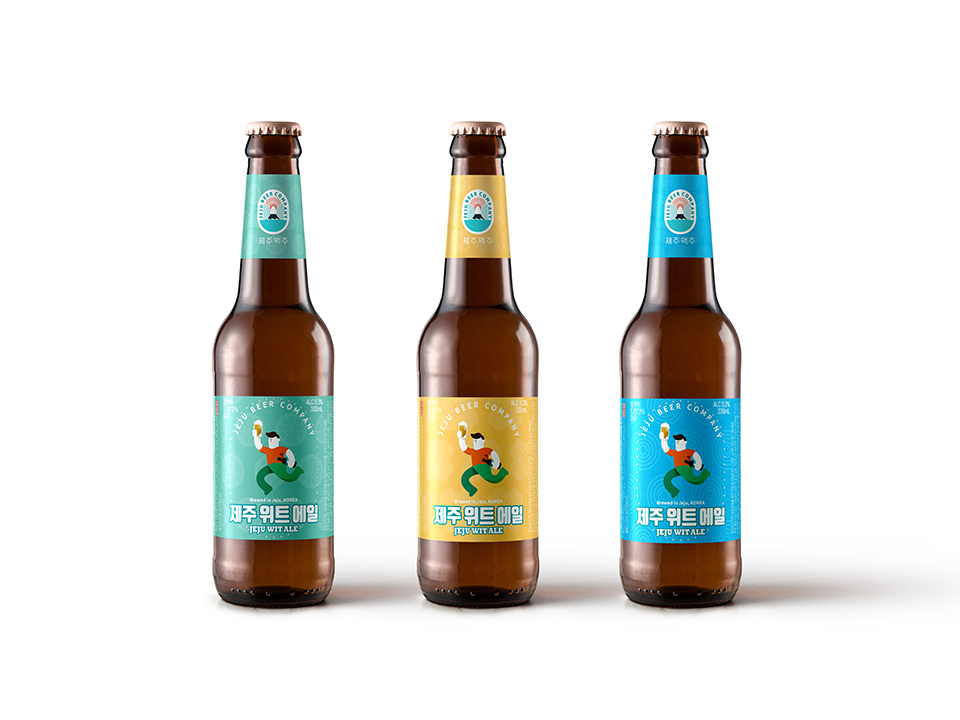 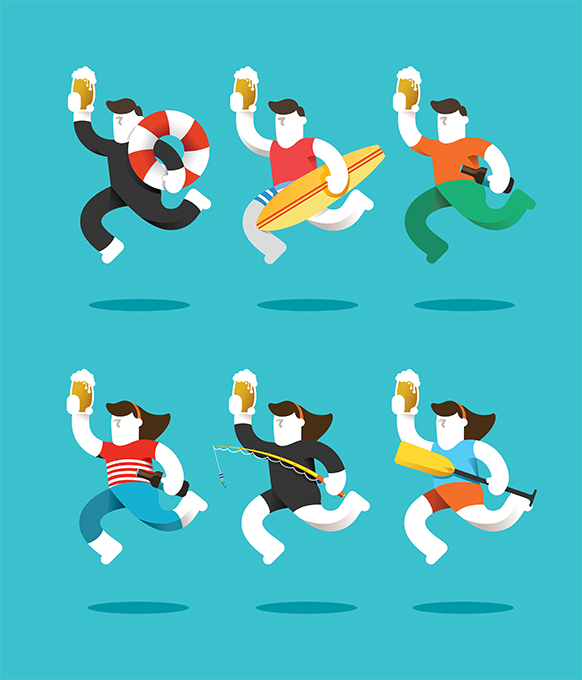 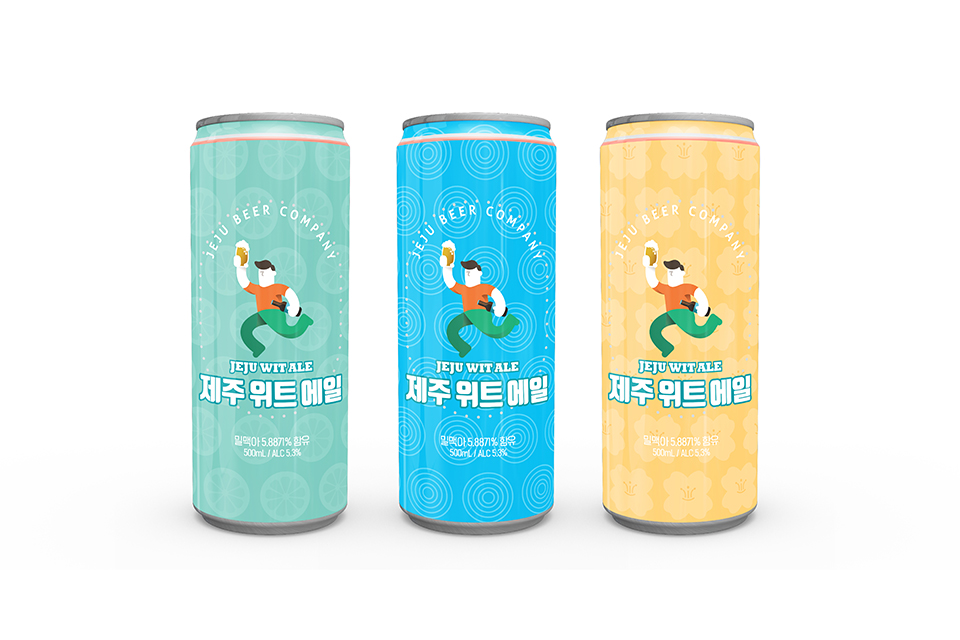 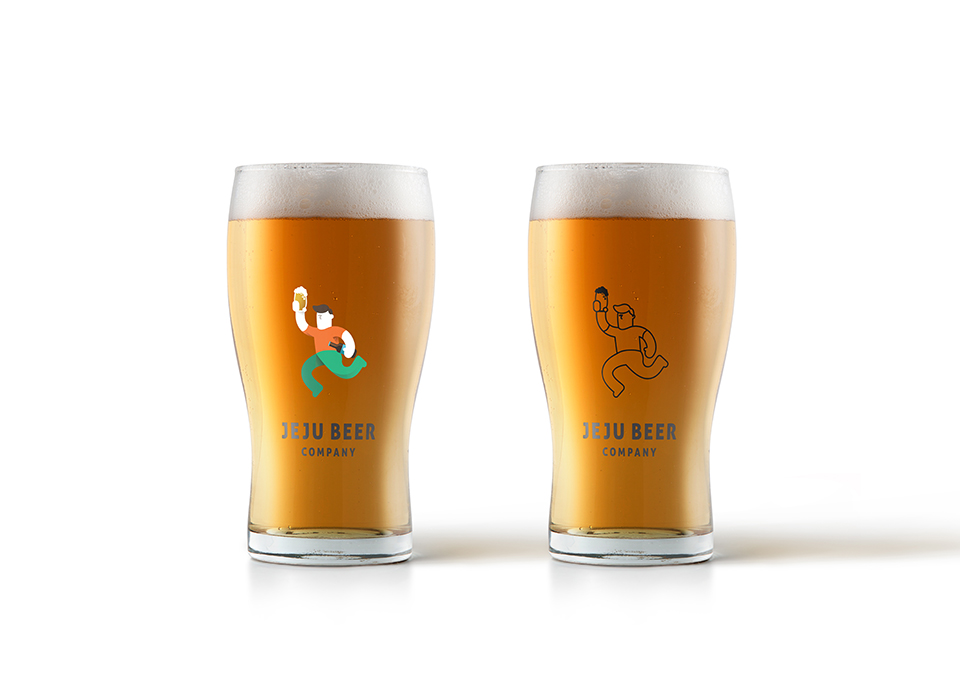 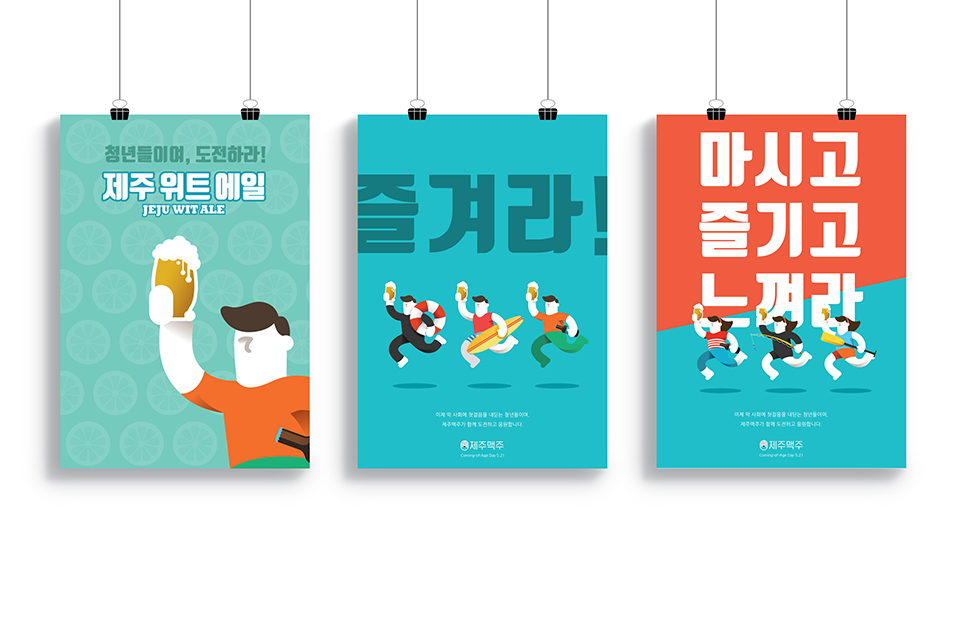 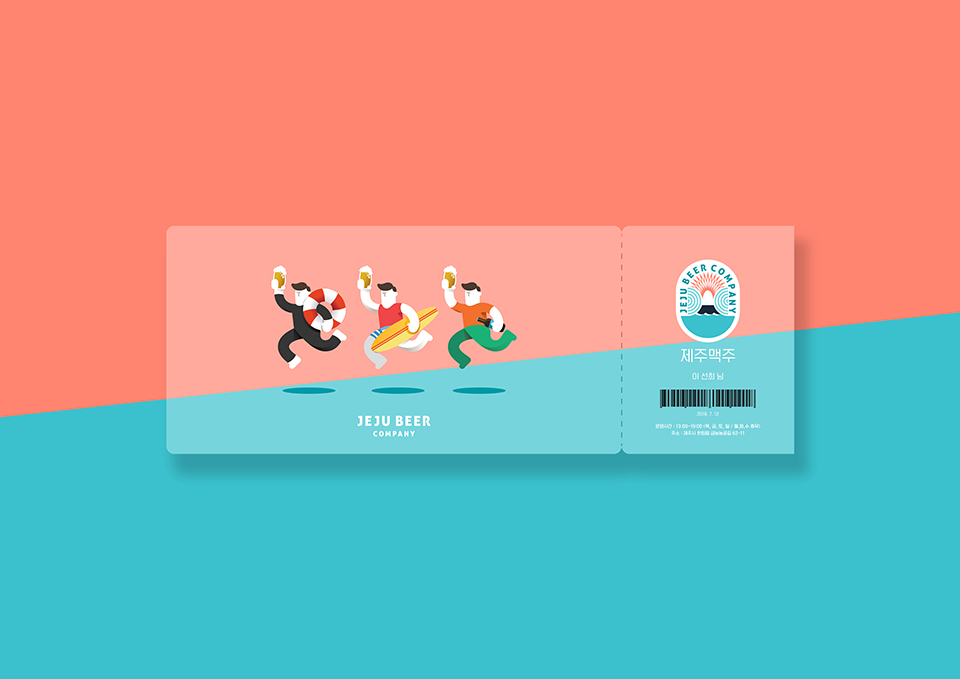 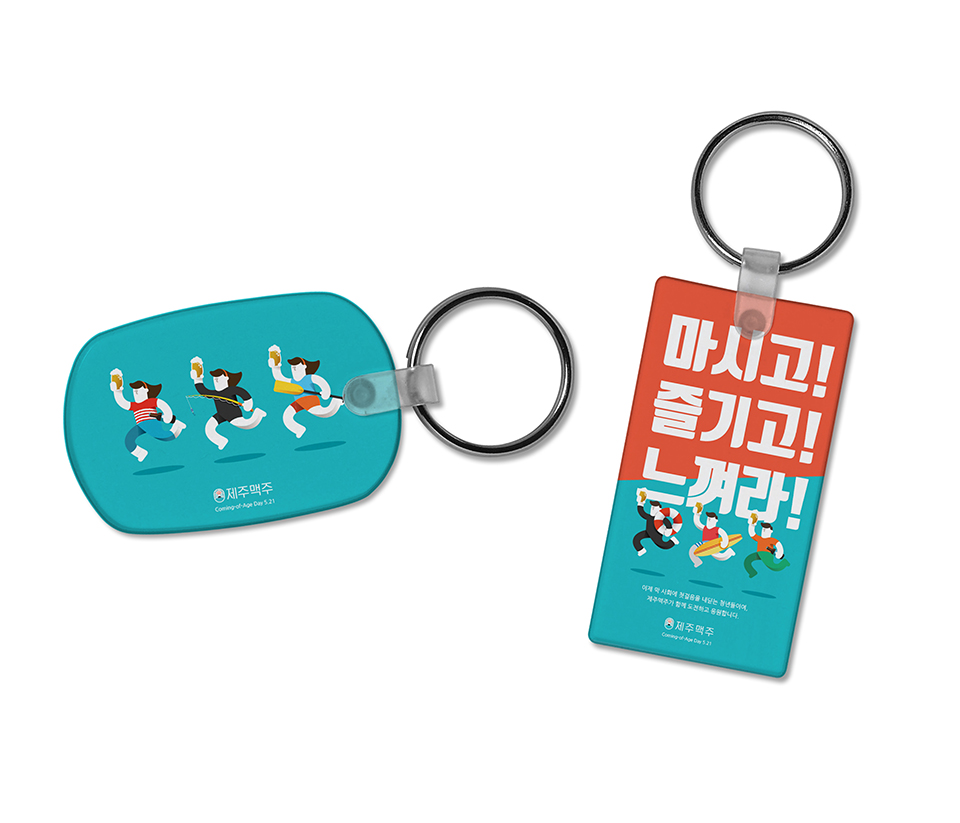 This work was intended as an edition of Jeju Beer's Year of Adult, and it was intended to send a message of support to the young people concerned about the future with Jeju Beer. And I made a graphic and a package by making a character of a youth full of energy.

Jeju Island, which is the background of Jeju beer, is one of the domestic tourist attractions and is famous especially for nature. In the background, Jeju Island's representative natural objects such as tangerine fields, beaches, and rapeseed fields are graphically simplified and laid out in a pattern, and a lively and charming character is laid out on it to remind us of the energetic appearance of adults.

The graphics were applied to beer bottles, beer cans and beer glasses. As an additional application, Jeju Beer operates a brewery, and I made a ticket for it. By printing characters on transparent background, Jeju beer brewery was designed to be a place where characters can play all over Jeju. In addition, the posters were made with strong color contrasts and phrases arranged so as to attract people's attention.