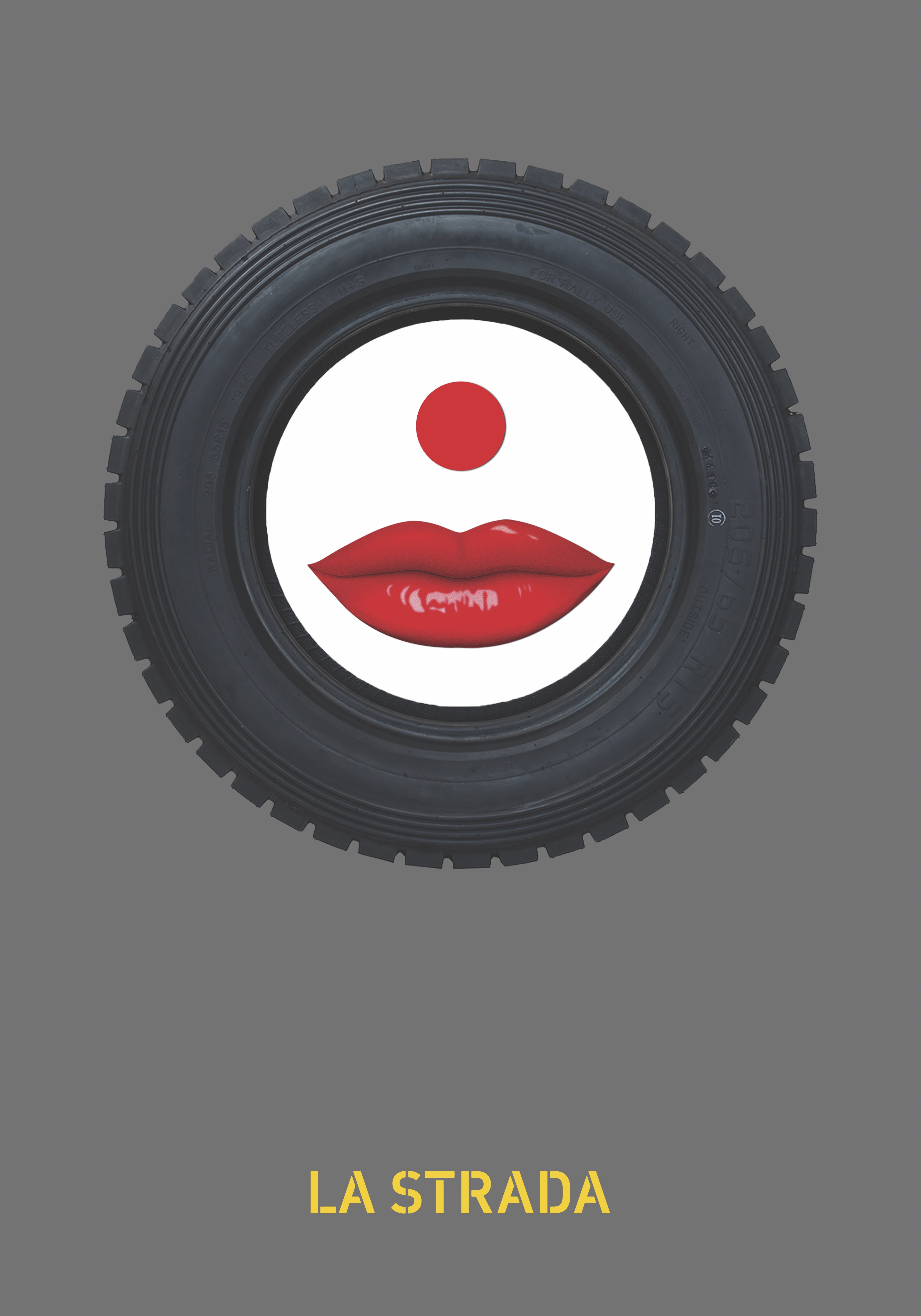 The creative process for my poster was to focus on Fellini's film, La Strada (The Road).
I chose the most significant graphic elements from the film to symbolize the content. The tire, representing the road, the lips and red nose (significant elements of the makeup of the key female actress). La Strada (“The Road”) is an Italian drama directed by Fellini in 1954. It’s one of my
favorite Fellini films and Bob Dylan credits La Strada as being the primary influence for his
song 'Mr Tambourine Man’. The story is a journey filled with violence and an ongoing emotional exchange between the two lead characters, Zampano (Anthony Quinn) a brutal strongman and Gelsomina (Giulietta Masina) a young woman exhibiting questionable intelligence.
The film won an Academy Award for Best Foreign Language Film in 1957.