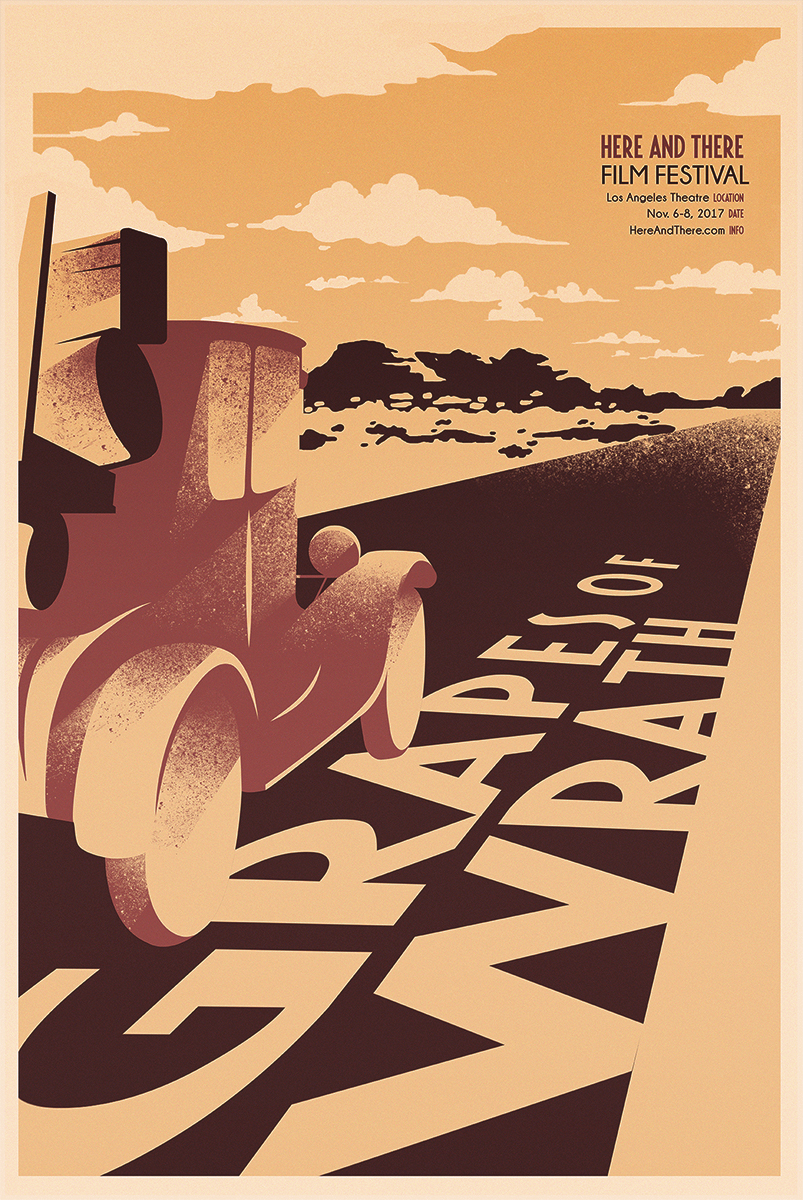 Create a film poster that uses typographic manipulation as one of its main elements.

My randomly selected film was Grapes of Wrath. This is a film set during the great depression that deals with the hardships a family has to undergo while searching for a better life. Our protagonists move from their hometown of Oklahoma to the promise land of California by driving their rickety old car, and so, this became the central visual of the poster. The car, along with the road, illustrates the idea of moving forward into the unknown; we don’t exactly see where the road deals and it even seems to be vanishing. The mystery of not knowing if California could provide a better life is a significant plot element in the movie, and it’s exactly what guided the concept behind the visual. The WPA posters that were produced during the time of the great depression heavily influenced the poster’s minimalistic style. Around 2,000 of these posters were created to help publicize various events, and so, eventually became a powerful visual that would define that era. By using this style of illustration a powerful link to the 1940’s, and in turn, the great depression, was created in a purely visual way.

The poster proved successful among my peers and my teacher. The illustration style was praised, as well as the typographic manipulation that is successfully integrated with the rest of the poster.