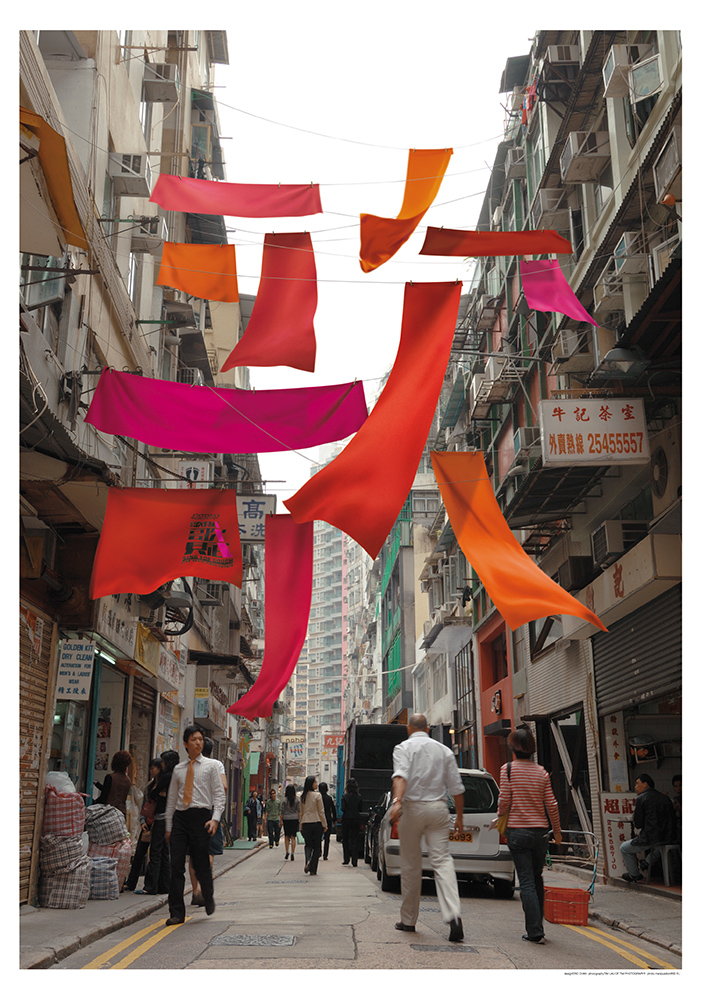 This is a poster series for the Gough Festival Hong Kong. I was one of 10 designers who exhibited at Gough Street. Located between Central and Sheung Wan, Gough Street is one of the oldest streets in Hong Kong. Occupied mostly by buildings several stories high built in the 1950s and 60s, I used the idea of residents hanging out their washing on bamboo sticks. This is described as the multi-national flags scene. Hong Kong people in the past used to hang their clothes outside the windows and the scene resembled an interesting picture of a number of national flags flying in the sky. Riding on this interesting and unique scene, the designer makes use of this common practice to form the Chinese name of Gough Street in order to remind the collective memory of audience. The red and blue cloth flying in the sky also echoes with the joyful mood of the Gough Festival.