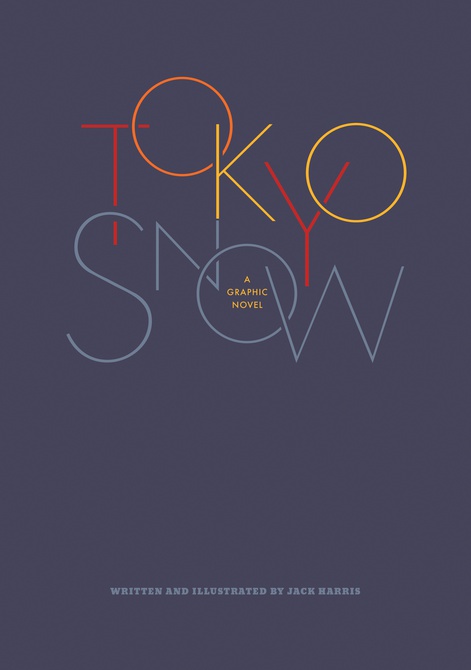 Cover Design for a contemporary graphic novel about the Bombing of Tokyo, a series of firebombing air raids by the United States Army Air Forces during the Pacific campaigns of World War II. On the night of 9–10 March 1945, Operation Meetinghouse was conducted and is regarded as the single most destructive bombing raid in human history.16 square miles (41 km2) of central Tokyo were annihilated, over 1 million were made homeless with an estimated 100,000 civilian deaths. The Japanese later called this event "Night of the Black Snow."

Using interwoven typographic letterforms in shades of yellow, orange and red for the word "Tokyo" and "Snow" in lavenders against the deep blue-violet ground creates a quiet, reserved design that stands in stark contrast to the horror of one of the many war crimes committed by the Allied Forces during World War II. A Japanese family is splintered into broken shards of humanity trying desperately to reunite in the months and years after the catastrophic events at the end of World War II.

While still unpublished, anecdotal responses to the design have been overwhelmingly favorable. The irony of the subdued graphic approach that contrasts with the horrific events provides the reader with an emotional electric shock as the story unfolds.