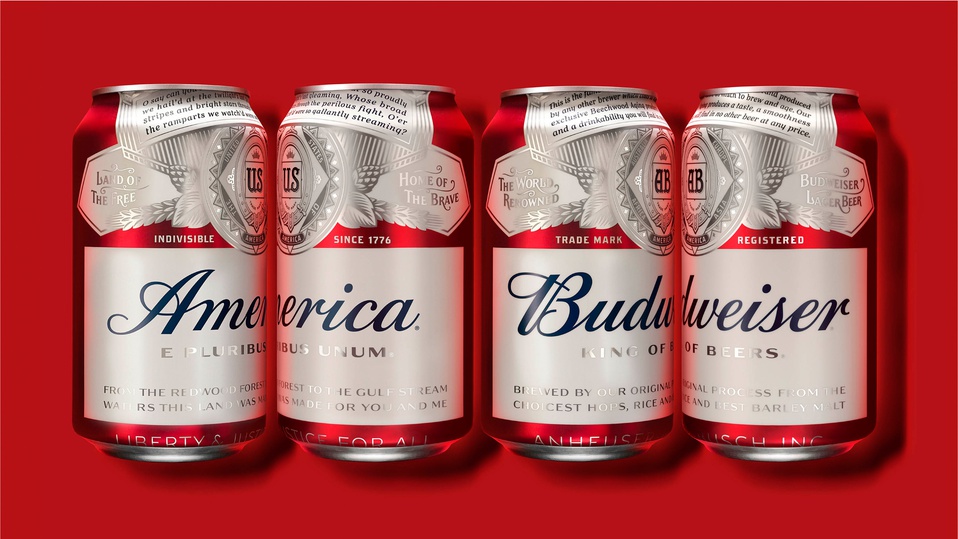 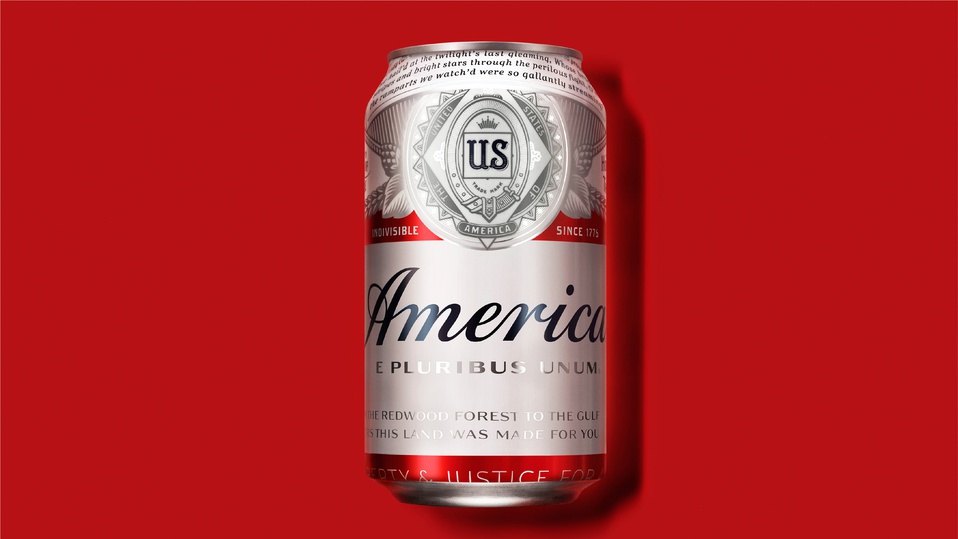 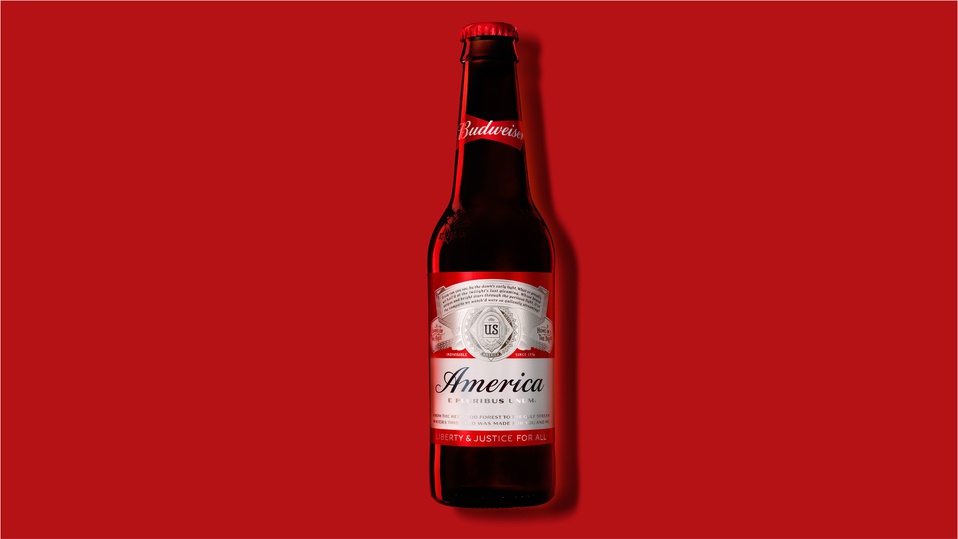 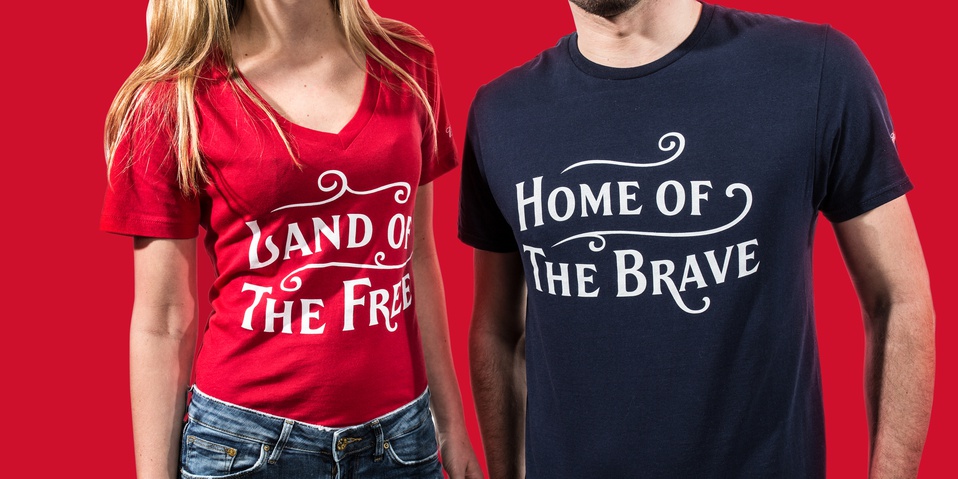 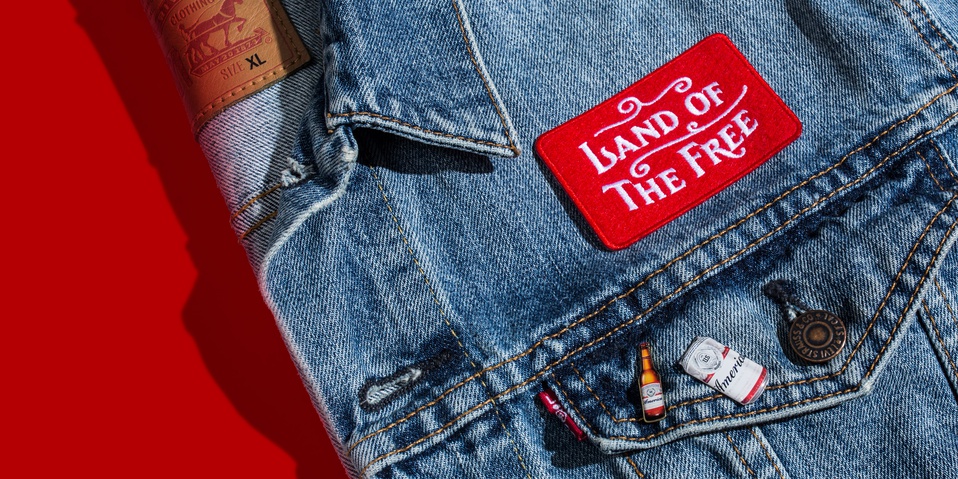 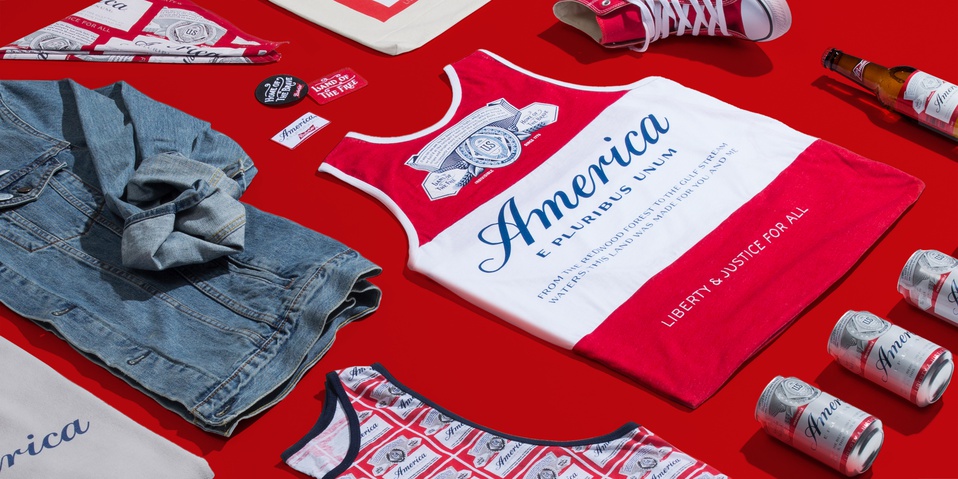 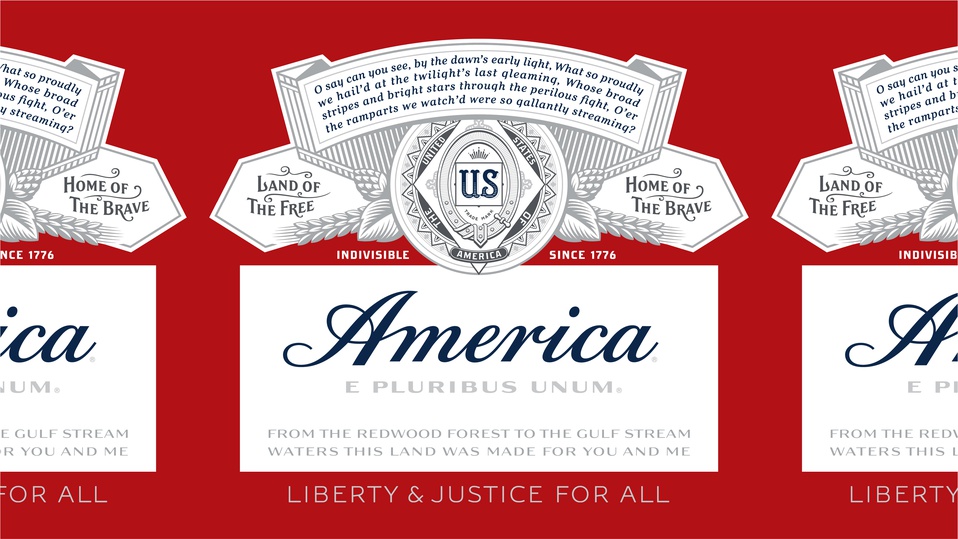 There are few brands that conjure an image of Americana quite like Budweiser. Founded in 1876 in St. Louis, Missouri, the brand is steeped in heritage. However, for the last 27 years, Budweiser has seen a steady decline in sales in its largest market, the U.S. Microbreweries and the craft beer movement have successfully swayed consumers into thinking bigger isn’t better.

Enter the season of Summer in the U.S., historically the biggest sales period for the beer category. Drinking occasions abound. Budweiser had a big opportunity to capture beer drinkers from the competition.

And Summer 2016 was no ordinary Summer: the heated crescendo of a Presidential Election, human achievement re-defined at the Olympics in Rio, the U.S. National Soccer Team winning the hearts and minds of the nation at the Copa America Centennial. This was a time when American national identity was debated, re-evaluated, glorified and celebrated.

There was a lot of noise to cut through. Budweiser needed a strong point of view. To make a bold statement. To regain relevance and reverse the sales slump.

Our objectives were simple. Steal the Conversation and reverse the sales decline.

Many brands activate limited edition Summer packaging to capitalize on Memorial Day kickoff, BBQs, July 4th and every pool party in-between. Budweiser needed to rise above the competition with an activation so newsworthy, that it would spark conversation and demand a second-look for those who hadn’t considered the brand.

Sparking conversation wasn’t the only goal. We needed to stop the sales decline – and reverse it.

Ultimately, the AmeriCan packaging was about making an impossible-to-ignore statement about Budweiser and about America: Budweiser is America. America is Budweiser. What better way to commemorate the ‘most American Summer ever’ than to literally hold America in your hand?

Replacing Budweiser’s brand name on the primary packaging with America was a bold statement. But the packaging doesn’t stop there. Throughout the can’s design, Budweiser changed its dress to signal an unwavering ode to the country. America is in your hands. This Bud’s For You.

The design of the primary packaging was carefully considered from the largest change to the smallest detail:

“Budweiser” script changed to “America”
We knew that removing the name of our brand was a bold move…and so to pay that off, the replacement needed to make a bold statement about who Budweiser is as a brand. America was the logical answer. Summer 2016 is all about America...a celebration of the most American Summer ever and a chance to decide who we want to be as a nation…athletically with the Olympic games and Copa America, politically with the Presidential Election, etc.

“King of Beers” changed to “E Pluribus Unum”
On the core Budweiser label, King of Beers qualifies Budweiser as the best, the king. We needed an equally bold qualifier for “America.” We chose E Pluribus Unum because it means “Out of many, one” a nod to the many states that come together to make our great nation. Additionally, we’re making subtle commentary on our competitors; there are many beers out there…but only one Budweiser.

Center of Medallion – “AB” changed to “US”
A simple change to really hit home the point. Frankly, this space is small so we needed something similar. US works perfectly.

“Africa, Australia, Europe, Asia, America” changed to “The United States of America”
This area of the label speaks to Budweiser’s geographical reach as a global brand. We wanted to mimic this geographical commentary but hone in on the U.S. specifically.

“This is the famous Budweiser beer..” changed to lyrics from the Star Spangled Banner
The Star Spangled Banner is a classic American song, known by all, and an ode to our flag. The intent of using this song was two-fold: one, to pay homage to a classic piece of Americana and two, to nod to our stars and stripes, that when brought together form our flag – in the same way our secondary packaging comes together in-store to form an abstract flag.

“Brewed by our original process…” changed to lyrics from Woody Guthrie’s “This Land is Your Land”
This area of the core Budweiser label communicates quality by listing all of the ingredients that make Budweiser great…choicest hops, best barely, etc. It’s proof of quality. In that same vein, Woody Guthrie’s song is a celebration of all the things that make America great…redwood forests, endless sky, wheat fields waving, etc. It’s the ingredients that come together to form the fabric of our country.

“Anheuser-Busch, Inc.” changed to “Liberty & Justice For All”
AB, Inc. is our signoff. It’s where Budweiser came from and a stamp of ownership and pride. In that same light, we wanted to sign-off our America label with the ending from the Pledge of Allegiance; it’s the belief on which we as a nation were founded.

“The World Renowned” changed to “Land of the Free” & “Budweiser Lager Beer” changed to “Home of the Brave”
The World Renowned Budweiser Lager Beer, while separate on the label, complete one thought. We emulated this connection with the new copy and using “home of the free” and “land of the brave” works perfectly as the two are commonly presented as a pair.

Beyond the packaging, the AmeriCan formed the foundation of Budweiser’s Summer 2016 campaign, “America is in your Hands.” It’s a subtle call-to-action that challenges our country to take accountability for the nation we want to become. The full 360 campaign leveraged the AmeriCan as a key visual and it was plastered on OOH, TV, in-store and on-premise activations from May through the end of October.

Our first objective was to spark conversation and make an unforgettable statement. With a packaging design in-hand, Budweiser ultimately succeeded in dominating the discussion when the can went public in early May. Following the packaging’s launch, Budweiser became the focus of 2,600+ unique stories in media outlets such as The New York Times, The Wall Street Journal, Conan, The Today Show, and BroBible.com. All of that coverage totaled to 1.6 billion total earned impressions worldwide—more impressions than both of Budweiser’s Super Bowl 50 TV spots COMBINED.

And we didn’t just steal the conversation. We overcame the relevance issue and changed consumer perceptions. Favorability ratings among Beer Drinkers were positive, with 57% viewing Budweiser more favorably. Reasons cited were mentions of patriotism and the appropriateness of the packaging during a very prideful Summer.

Not only did we spark conversation and change perceptions of the brand among beer drinkers, we halted—and reversed—the sales decline. The AmeriCan went beyond talk value to truly affect Budweiser’s bottom line.

• For the month of June, Budweiser grew sales-to-retailer volume vs. June 2015 by +1.6%. This marks the first month Budweiser has grown volume YTD and the first time since September 2015.
• The trend was national, with Budweiser volume growing in five of seven regions for the month and two regions gaining share, further extending the brand's best trends in over a decade, all with the America packaging as the catalyst.
• In June, short term purchase intent rose from 11% to 17%
• Budweiser saw a 1.8% trend improvement in Jun – August compared to Jan – May
• Budweiser was also recently named the most valuable beer brand in the world (source: Brand Z study by Millward Brown).