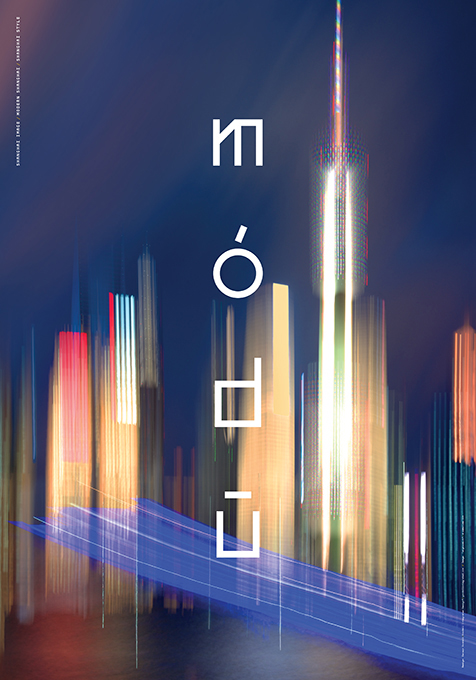 To design a poster that conveys the message that the city of Shanghai is vibrant, exciting, stylistic and modern.

Shanghai has been described as the “showpiece” of China. Featuring several architectural styles such as Art Deco and Shikumen, the city is renowned for its Lujiazui skyline, museums and historic buildings including the City God Temple, Yu Garden, the China Pavilion and buildings along the Bund.

Módū or “Magical City”, is a contemporary nickname for Shanghai. The name was first mentioned in Shōfu Muramatsu’s 1924 novel Mato, which portrayed Shanghai as a dichotomic city where both light and darkness exists.

Very positive responses from the exhibition committee and colleagues.