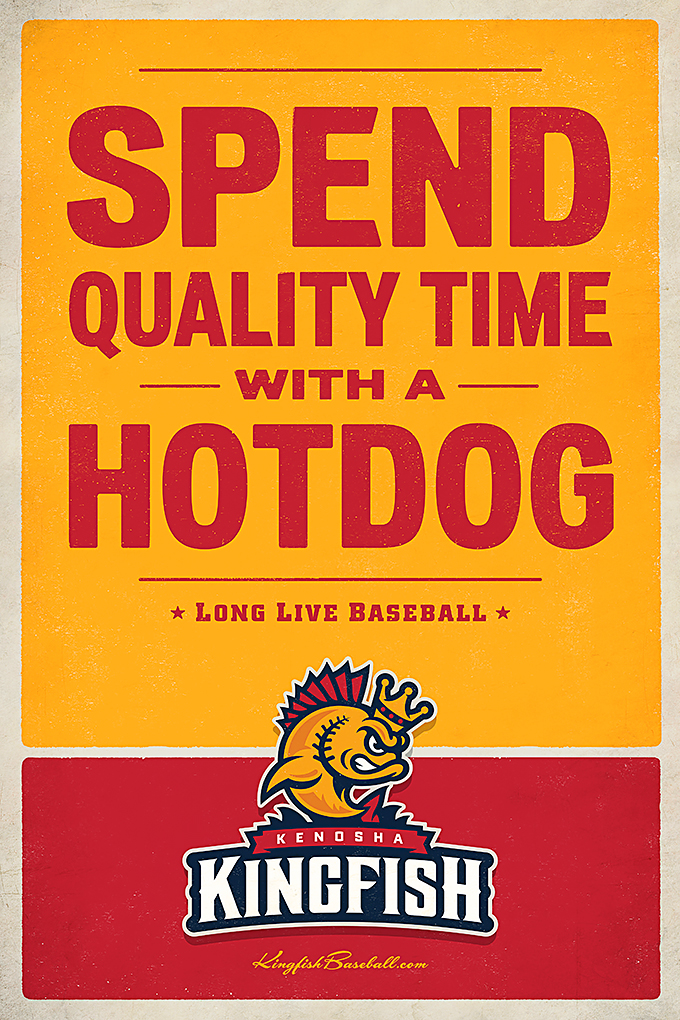 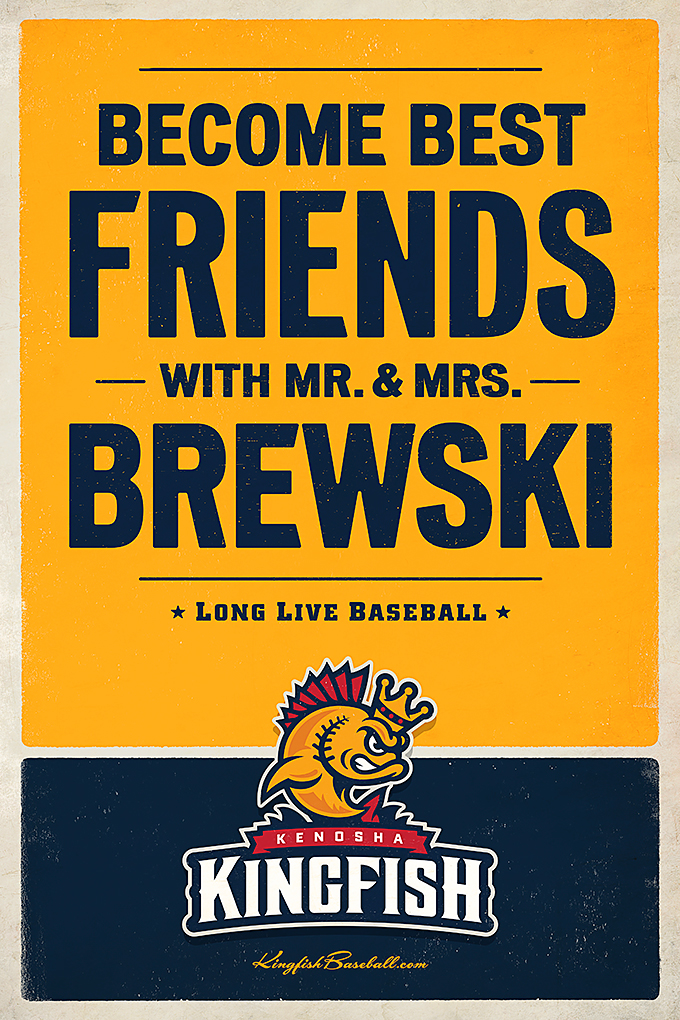 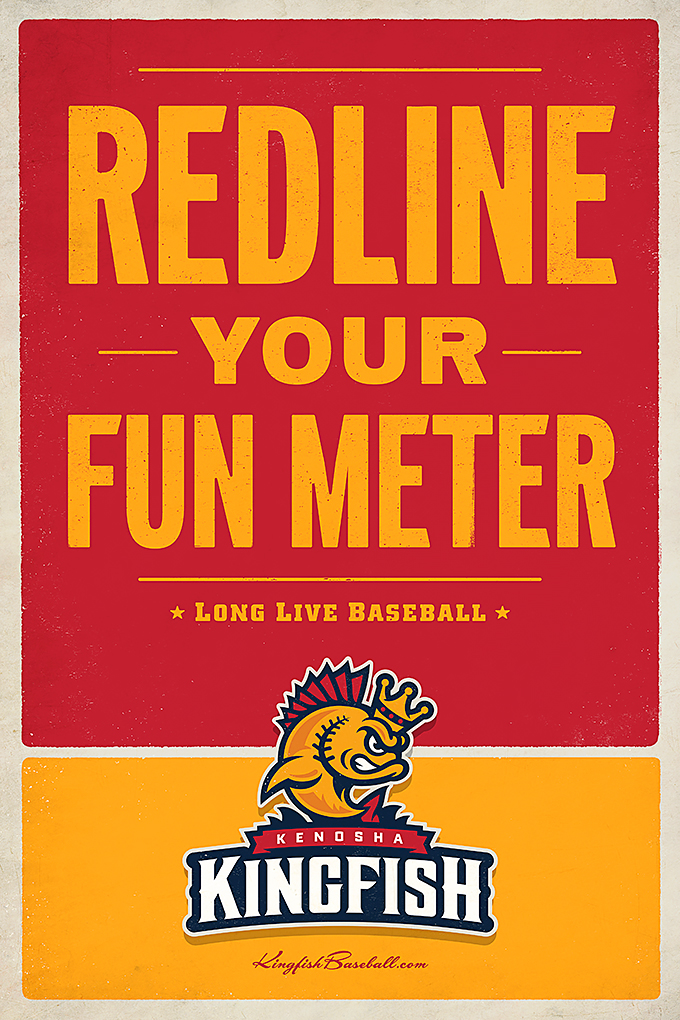 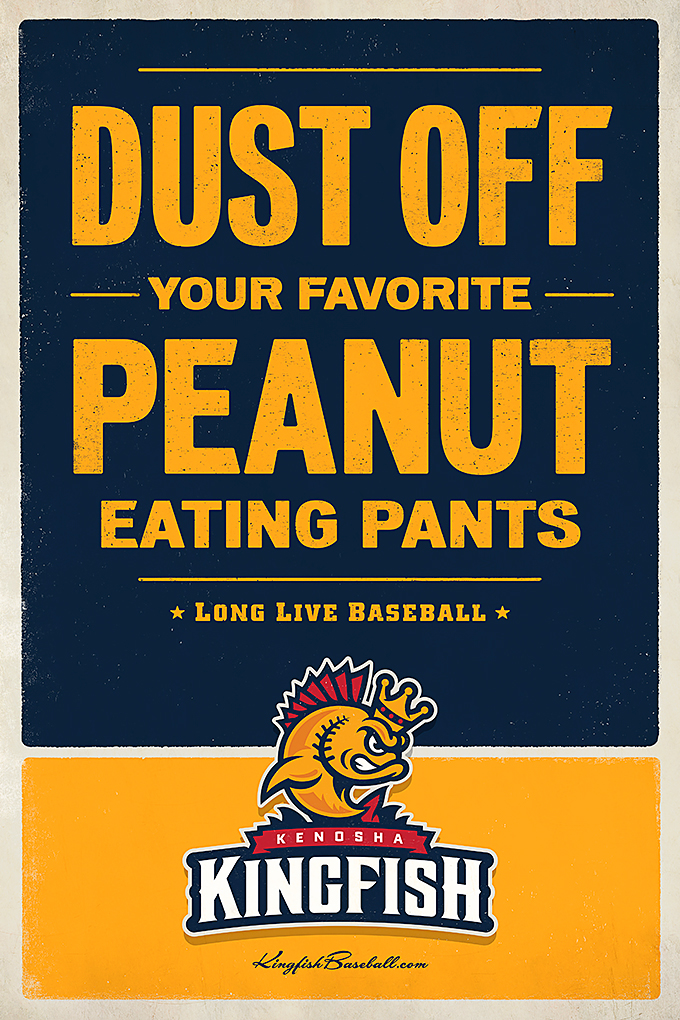 When a new Summer Collegiate Baseball team – the Kenosha Kingfish – came to Kenosha, the community needed to know what would be hitting their town.

A Kenosha Kingfish game isn’t like most baseball games. Sure, it’s part baseball, but it’s also equal parts block party and all-you-can-eat-and-drink revelry. The posters, which were placed around high-traffic areas in Kenosha, focused on the fun of attending a Kingfish game and introduced the funny, laid-back and irreverent tone that captures the spirit of the Kingfish. Bold headlines and prominence of the Shine-developed Kingfish logo also introduced the community to the team’s visual identity – and the art they will be wearing on hats and T-shirts for years to come.

Not only did the team owner say that Shine “hit a home run,” but the Kenosha Kingfish also became a mainstay in Kenosha summer family fun. In its inaugural season, the team ranked #8 in the nation in Summer Collegiate Baseball attendance.