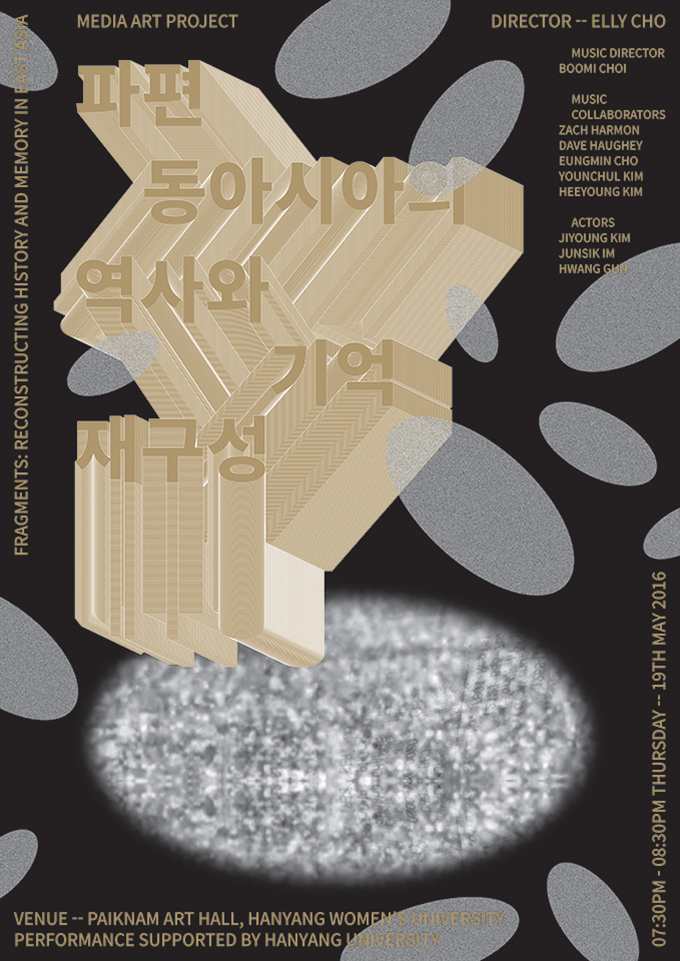 This poster was created to promote a new media art performance titled “Fragments: Reconstructing History and Memory in East Asia.”

New media artists, jazz musicians, and actors participate in this performance that talks about a historical event involving a ship that was sunk with 3.3 tons of copper-nickel coins in an East Asian coast during the Second World War. Elly Cho, an artist, and director of this show, reconstructed the story into a fictional new media performance.

We used two elements of the performance in creating this poster. First, we used elliptical shapes to visualize coins sinking with the ship. The second motif is the Korean translation of the title “Fragments: Reconstructing History and Memory in East Asia,” which was used as the main typography. Main typography visually expressed an image of objects being pulled over the water surface, which is implied by the phrase “Reconstructing History and Memory.”