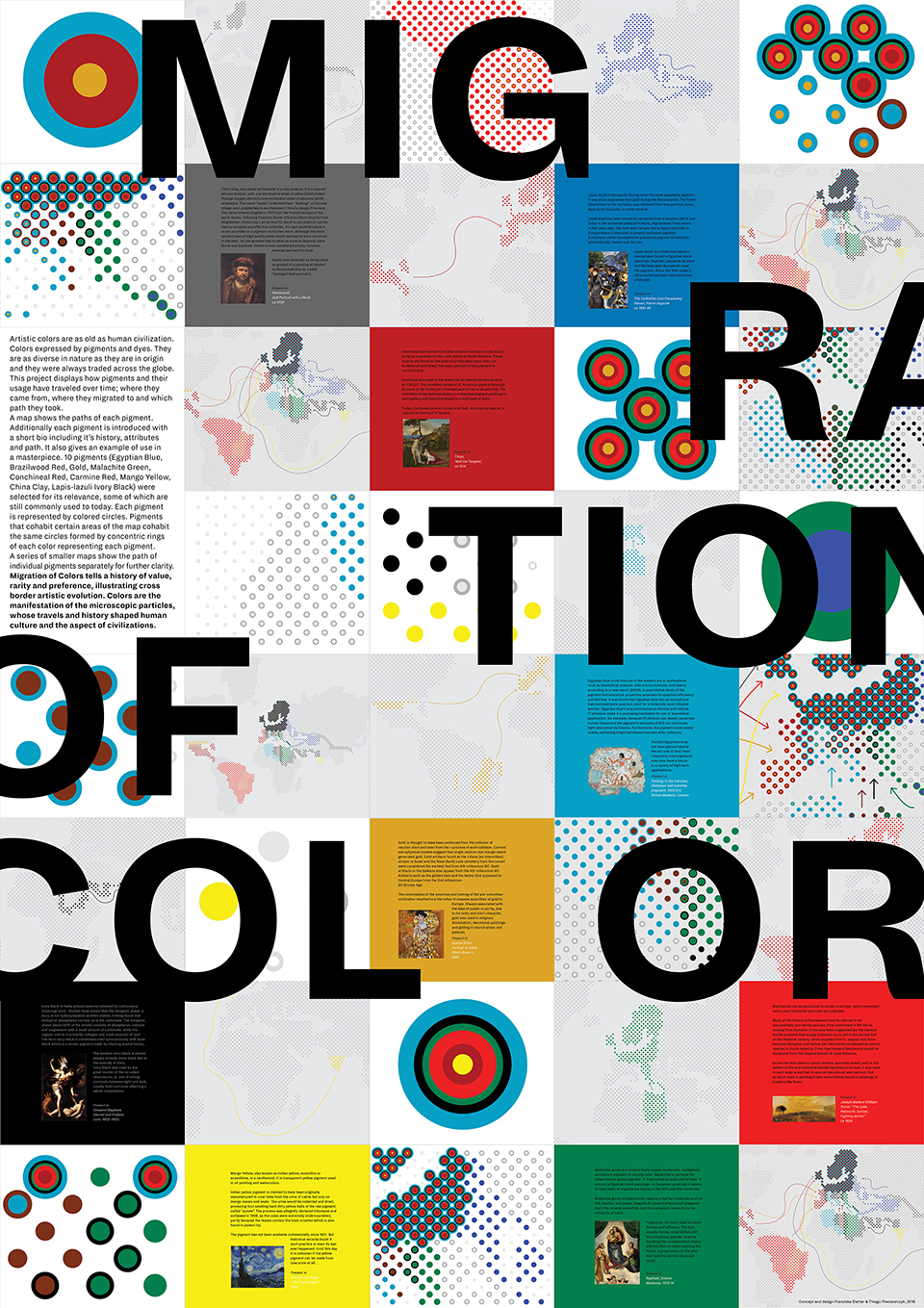 Artistic colors are as old as human civilization. Colors expressed by pigments and dyes. They are as diverse in nature as they are in origin and they were always traded across the globe.
This project displays how pigments and have traveled over time; where they came from, where they migrated to and which path they took.

A map shows the paths of each pigment. Additionally each pigment is introduced with a short bio including it’s history, attributes and path. It also gives an example of use in a masterpiece. 10 pigments (Egyptian Blue, Brazilwood Red, Gold, Malachite Green, Conchineal Red, Carmine Red, Mango Yellow, China Clay, Lapis-lazuli Ivory Black) were selected for its relevance, some of which are still commonly used to today. Each pigment is represented by colored circles. Pigments that cohabit certain areas of the map cohabit the same circles formed by concentric rings of each color representing each pigment. A series of smaller maps show the path of individual pigments separately for further clarity.

Migration of Colors tells a history of value, rarity and preference, illustrating cross border artistic evolution. Colors are the manifestation of the microscopic particles, whose travels and history shaped human culture and the aspect of civilizations.