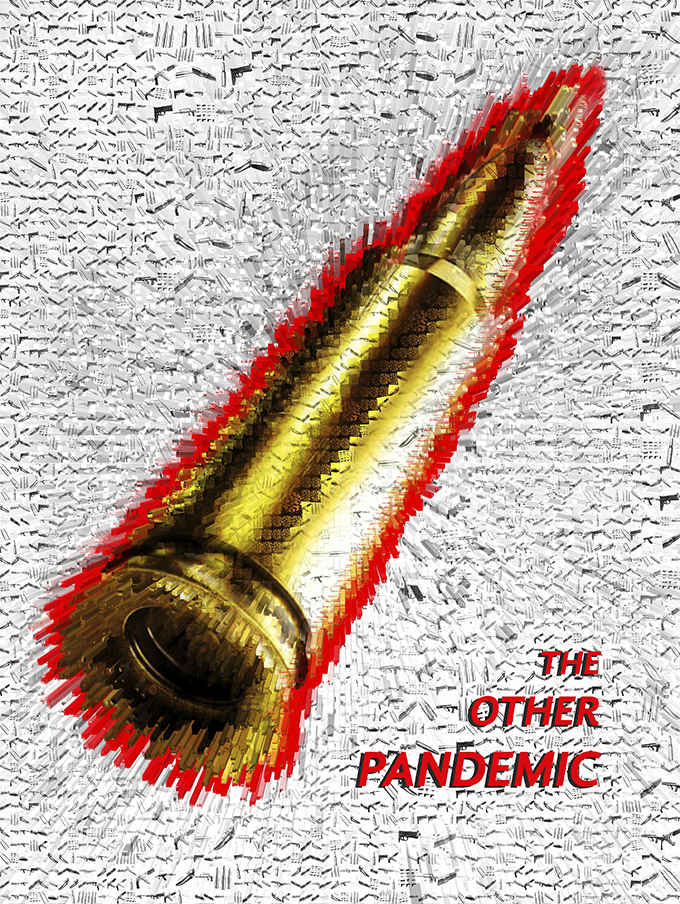 There is another pandemic that kills people, it is not only the coronavirus
pandemic that is killing people and therefore attracts almost all the attention of the media and the general public, and this other pandemic refers to homicides by firearm.

-More than 400,000 people die from homicide each year – in some countries it’s one of the leading causes. Homicide rates vary widely across the world – in the most violent countries, rates are more than 50 times higher.
Most victims of homicide are younger than 50 years old.
Homicide is among the leading causes of death among young people (aged 15 to 29) in some countries and, in general, results in millions of lives being lost annually.
High levels of violence, including homicide, put a heavy strain on public health services, particularly in developing countries where resources are already scarce. Moreover, mental health issues are more common in countries with comparatively high levels of lethal violence, which places a further burden on public health services. On the whole, a high level of violence shortens life expectancy significantly.
Crime kills far more people than armed conflict
Organized crime kills as many people as all armed conflicts combined
Armed conflicts killings 2000-2017 1 million  Organized crime killings 2000-2017 1 million-
Font: GLOBAL STUDY ON HOMICIDE
UNITED NATIONS OFFICE ON DRUGS AND CRIME Vienna.

For these reasons I try to attract the public's attention to this problem, with a poster with a bullet as the main image (as if it were a virus seen through a microscope, another reading of this image is that the red particles that surround the bullet can be interpreted as blood bursting from the impact of a bullet in a human body) accompanied by the head text "THE OTHER PANDEMIC" and in the background a collage of bullets and firearms.