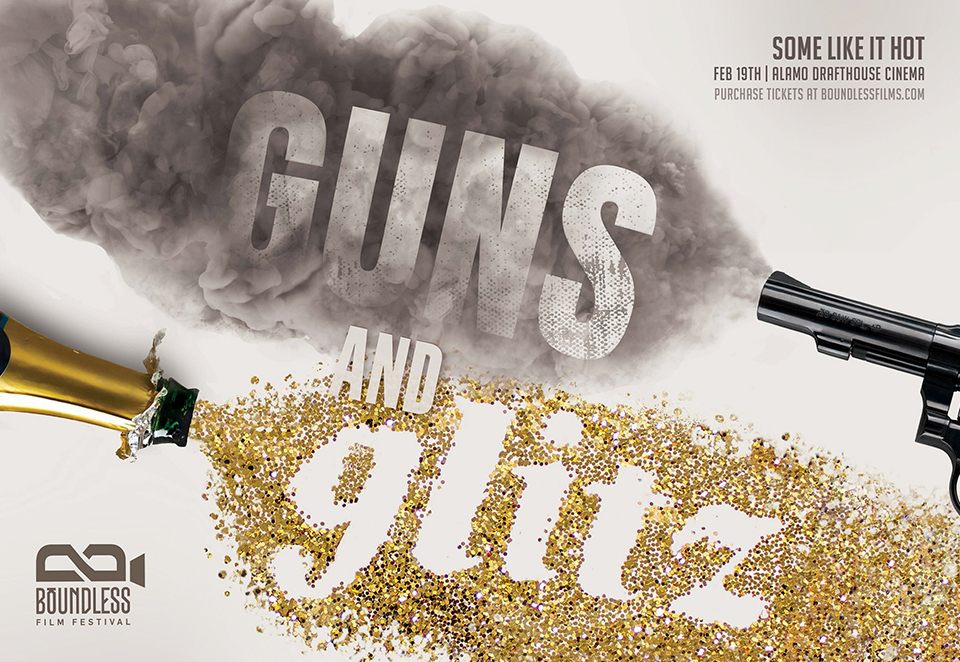 Create a 20 x 30 inch movie poster and small film festival promotional over one of the two randomly generated movies assigned to your name. Instead of the title, brainstorm an eye catching header based on the feeling of the film and make it the strongest in the hierarchy. The poster must include hand manipulated type that has been physically created and either scanned or photographed into the composition.

As I generated statements I could use for my header to represent the film Some Like it Hot, Guns and Glitz was a fan favorite among the class for its action-packed, juxtaposed, and flashy nature. It represented the excitement of the comedy. I stenciled out the letters of "glitz" using my desired font and used loose glitter, spray adhesive, and paintbrushes to create the word in the white space of the glitter, representing a champagne pop in the composition. The image of the glitter text was taken inside of TCU photography studio. The smoke around the word "GUNS" was constructed and manipulated using brushes on Photoshop.

The type treatments, color, and texture of "GUNS" and "glitz" creates a stark contrast that is visually interesting and unexpected. The alternating directions of each element successfully produce movement in the piece- a nod to the movie's energetic and fast paced one-liners.