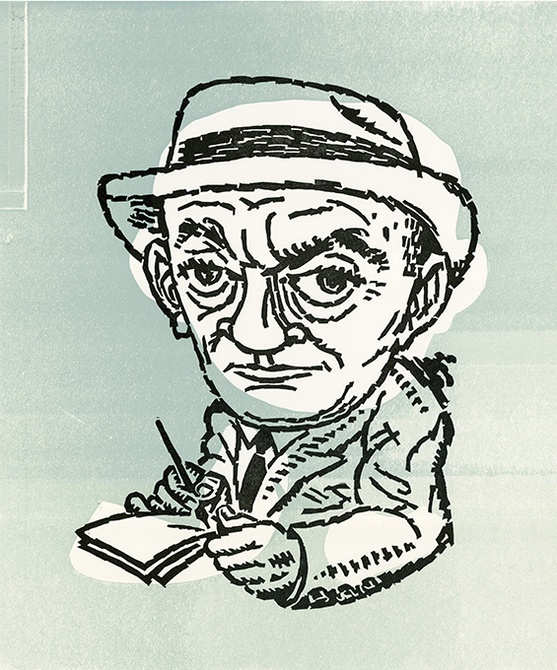 The theme for the hotel commission was “Nashvillians of note, past and present.” We could choose anyone. I chose to honor eight 20th-century illustrators and cartoonists, including editorial cartoonist Carey Orr (1890-1967) who worked for the Nashville Tennessean (1912-1917) in Printer’s Alley, once the center of the city's bustling newspaper industry…where Hotel Noelle is located.

An early role model to Walt Disney, Orr was once accused by a competing newspaper of being a “malicious liar imported from the north to slander southern gentlemen." He won the Pulitzer for Editorial Cartooning in 1961.

Orr is portrayed working–drawing–but not looking down…he's examining the world with a critical eye.

The linocut was printed with care on a Vandercook proof press at Isle of Printing. The original art is on public display and published in "Nashvillians of Note: Past & Present," a book documenting the hotel's permanent collection of art by "Nashvillians of note."

Noelle's art diverts people, insisting they pause, possibly making them want to spend some time in other parts of Nashville and learn about something that happened here.