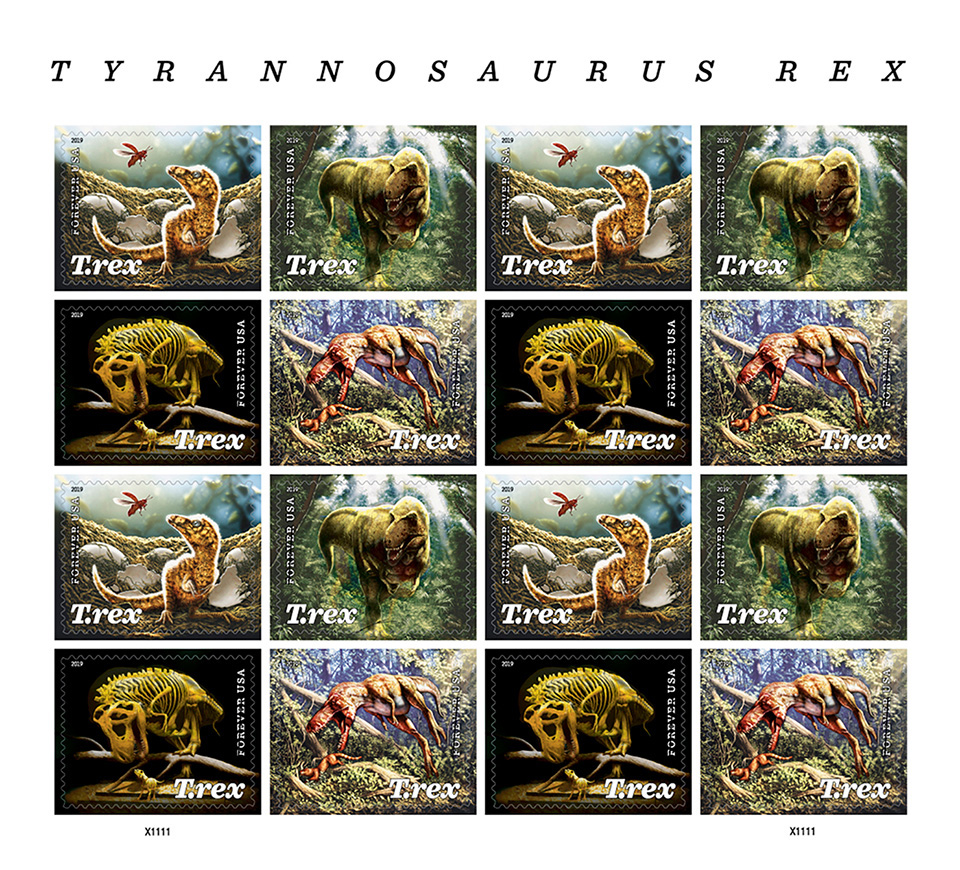 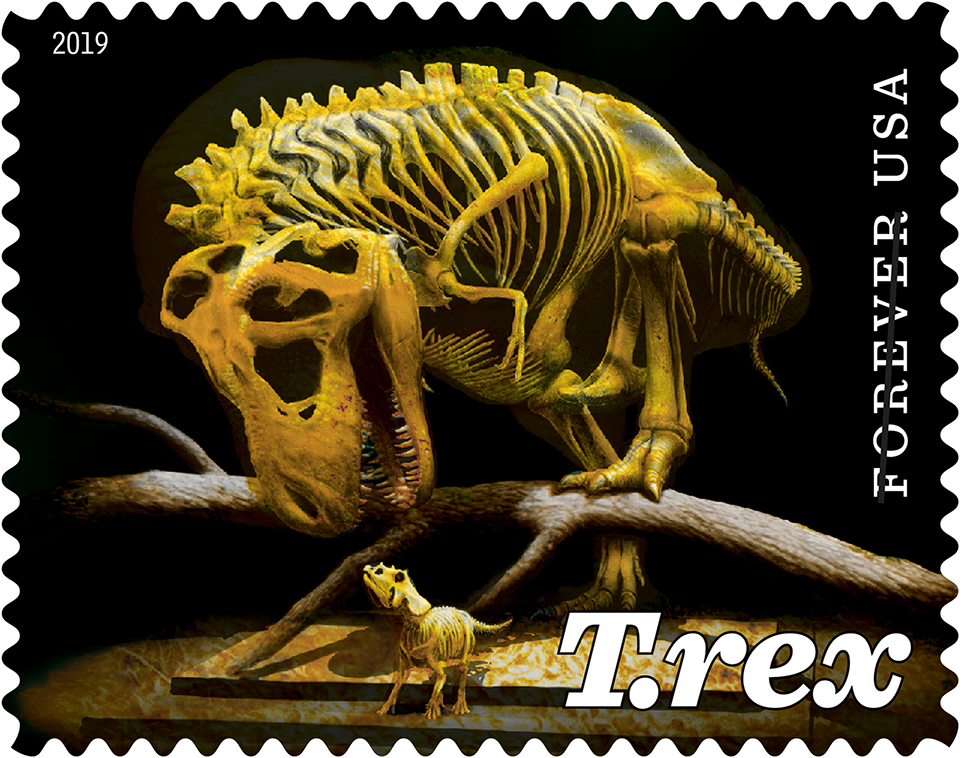 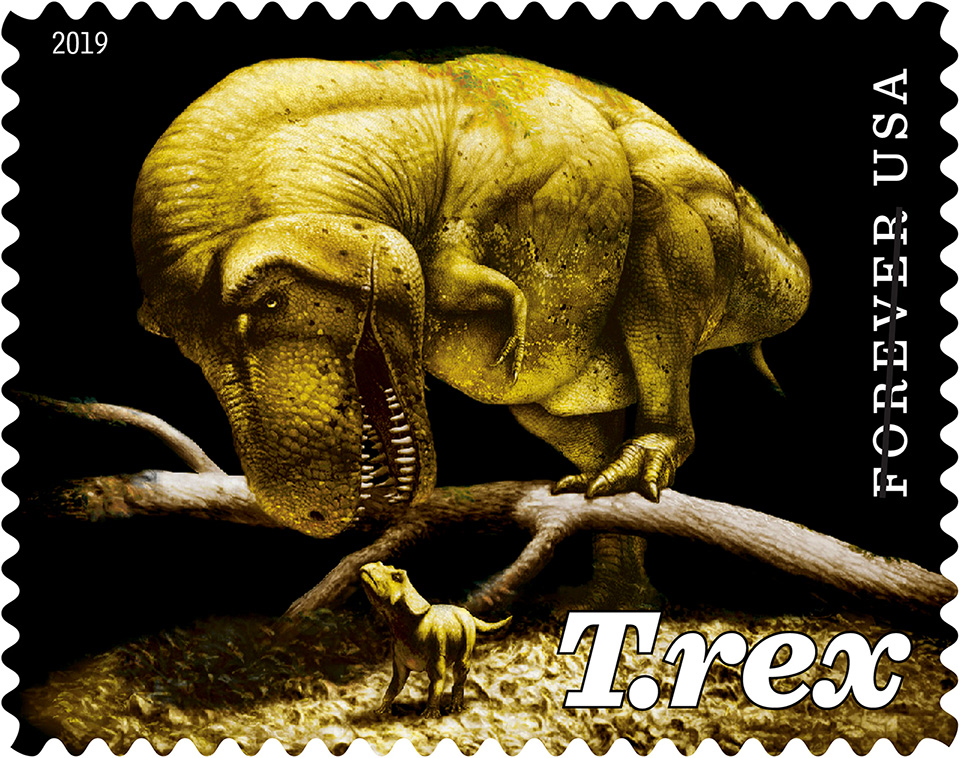 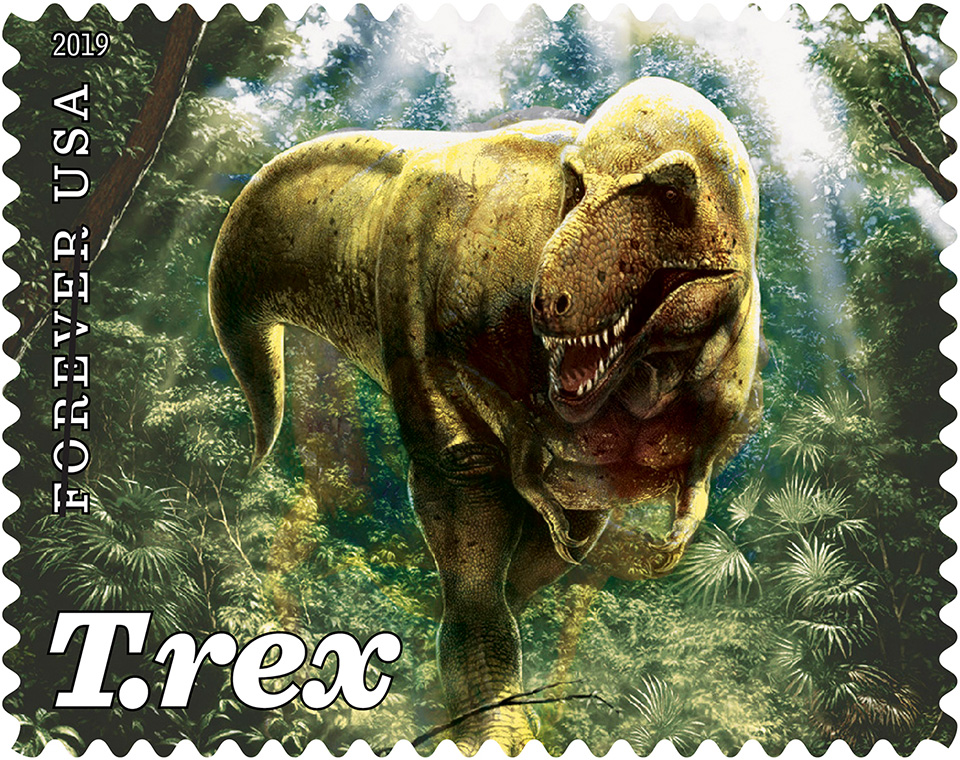 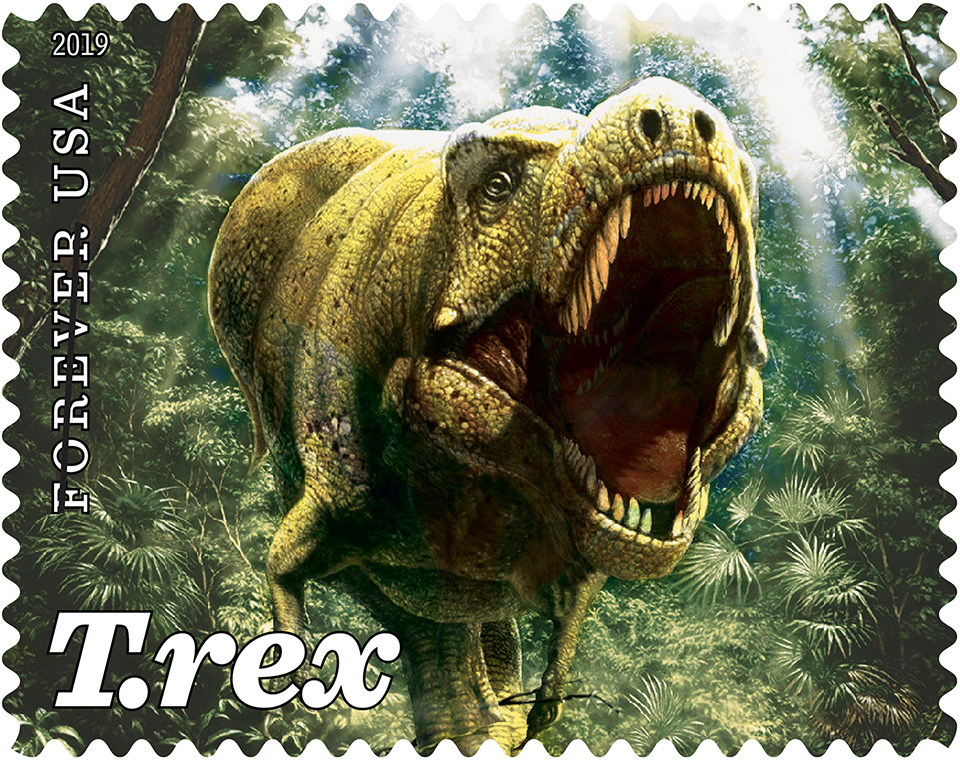 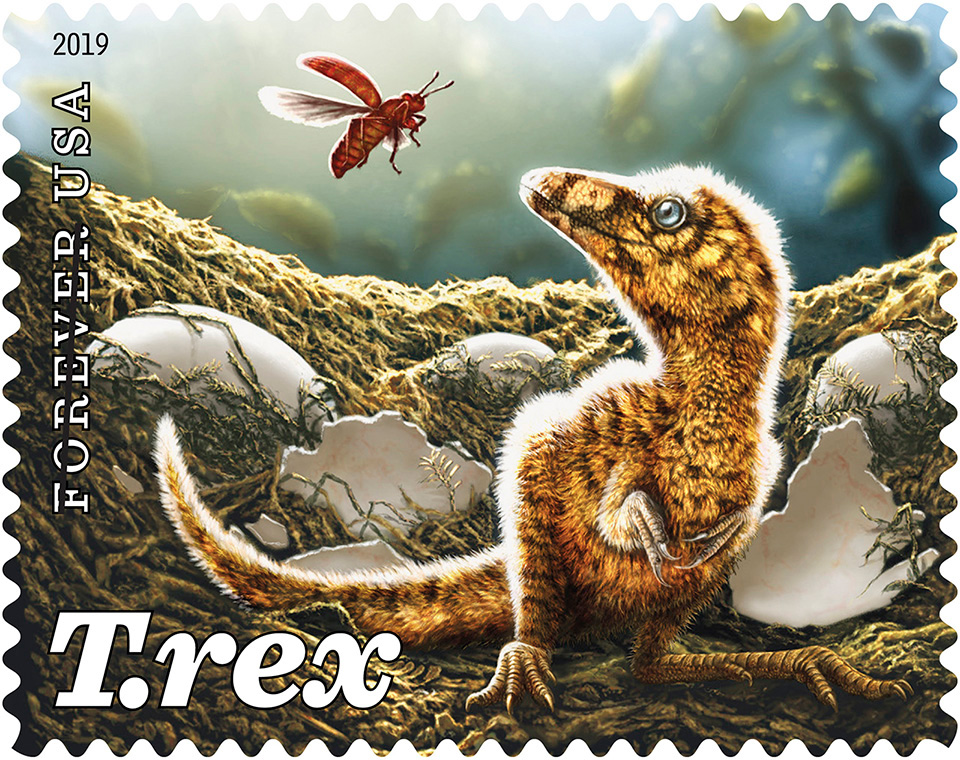 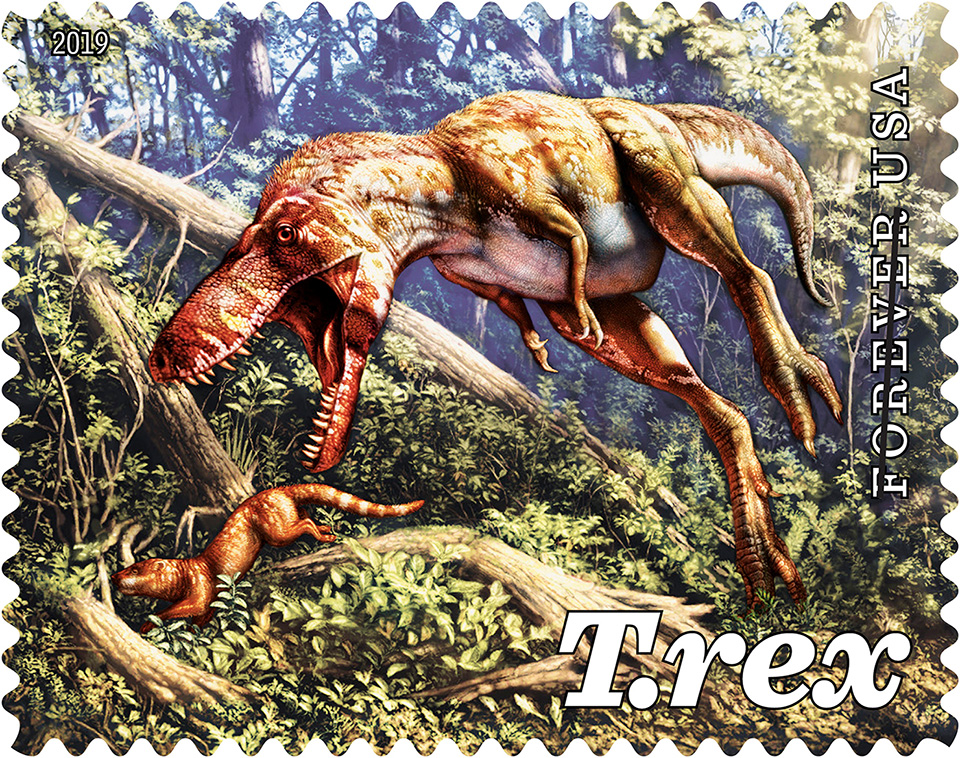 The task was to design stamps depicting the Tyrannosaurus Rex that would be both visually appealing and reflect current scientific estimations of its structure and appearance.

The art director chose an artist who was a scientist and paleoartist to create photorealistic illustrations of T. rex in three stages of growth, with depictions based on the growing body of research regarding these dinosaurs. One design illustrates a face-to-face encounter with a T. rex approaching through a forest clearing; another shows the same young adult T. rex with a young Triceratops—both dinosaurs shown in fossil form. The third and fourth stamps depict a newly hatched T. rex covered with downy feathers and a bare-skinned juvenile T. rex chasing a primitive mammal. Two of the stamps were printed with a lenticular effect to reveal additional images—a fleshed out version of the T. rex skeleton and the predatory T. rex advancing.