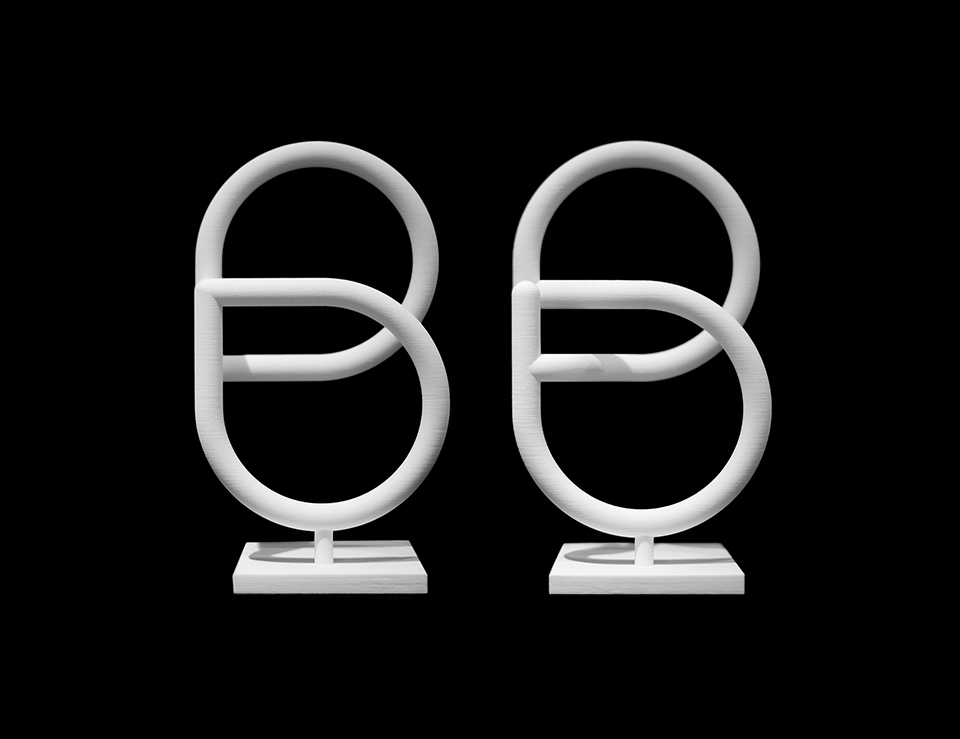 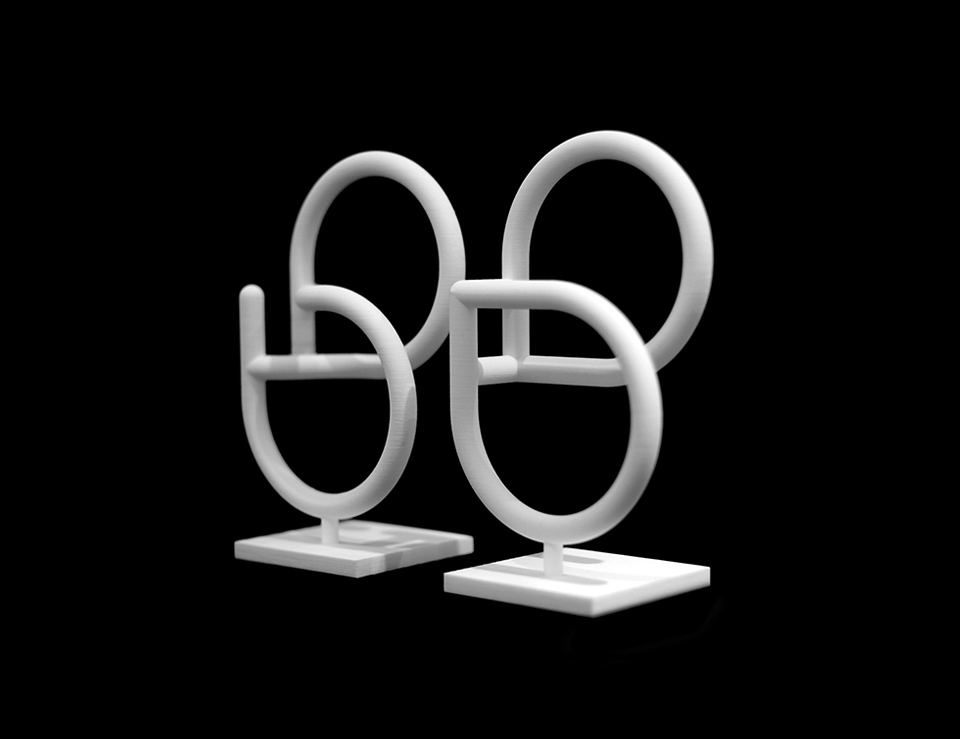 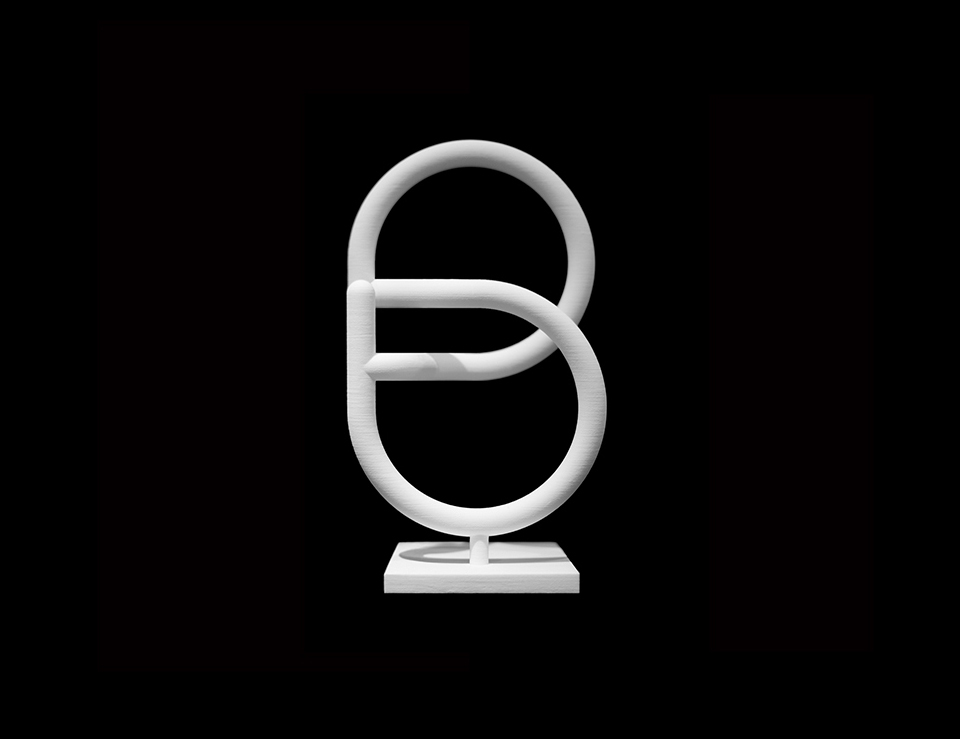 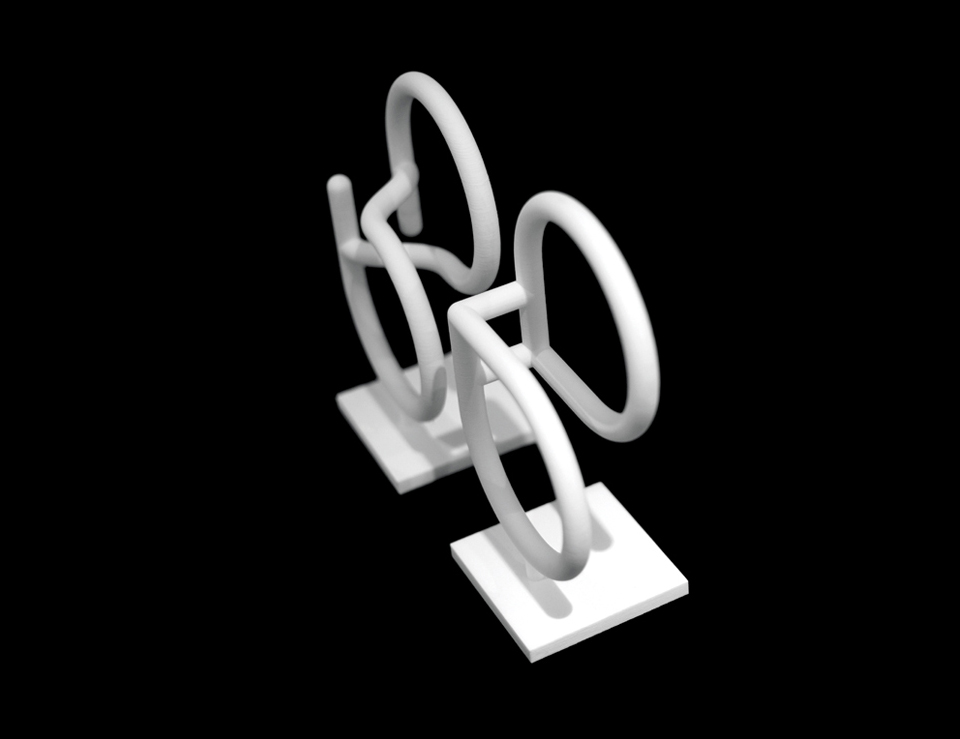 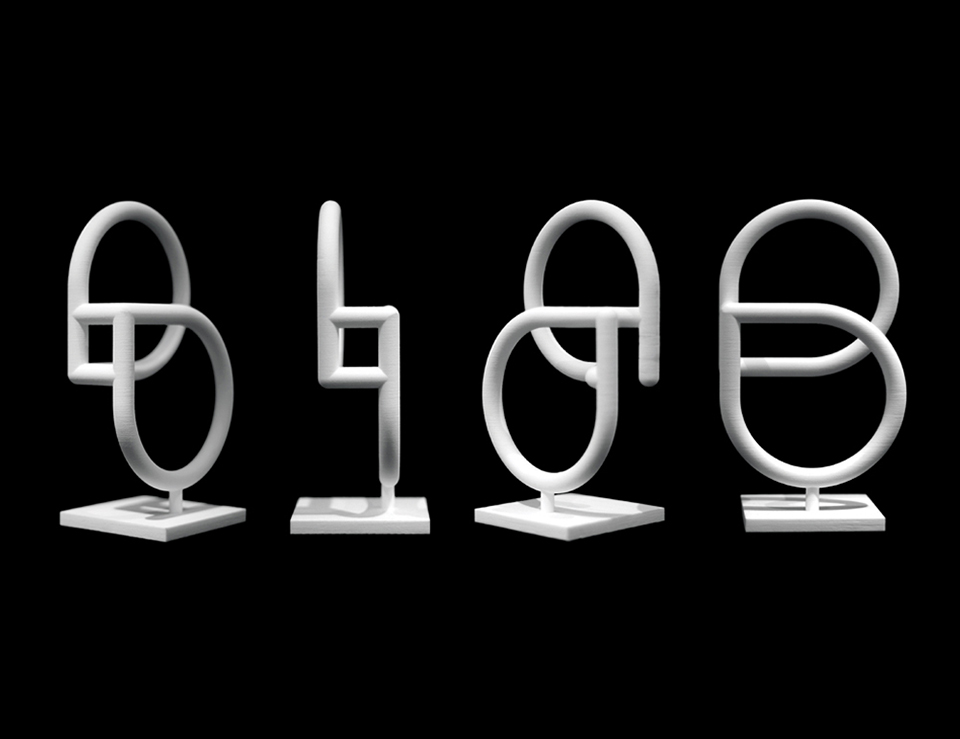 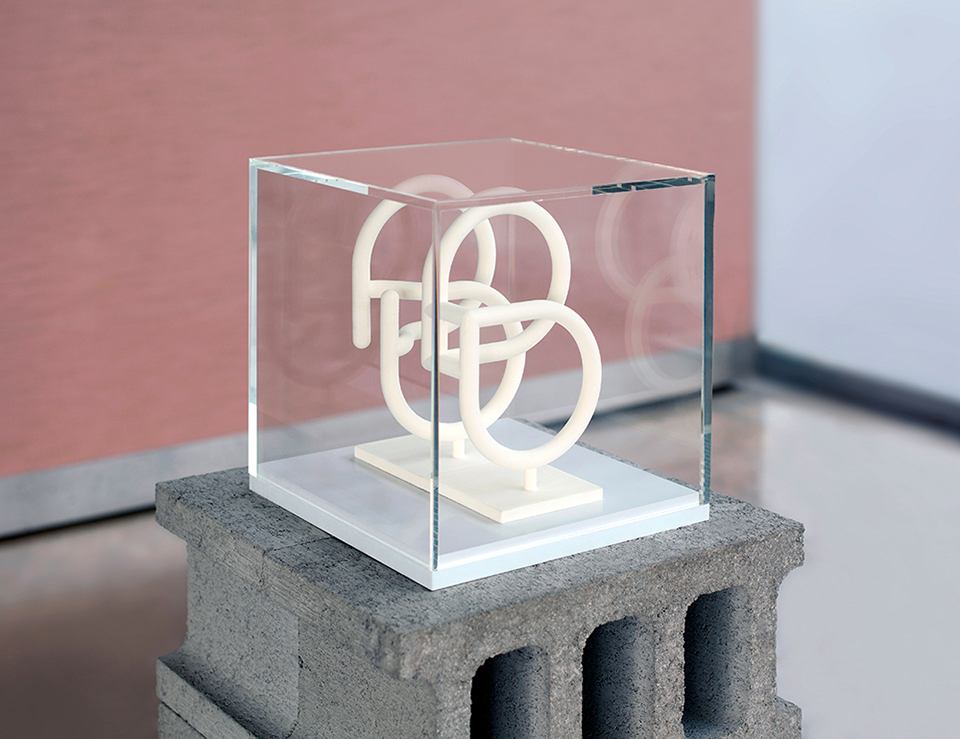 This is a logo we designed for a project space named Gallery Between in London.

We designed the alphabet B by getting a motive from Venn diagram of a plane shape, which expresses the meaning of the word Between. Also, we designed B 3-dimensionally through the 3D printer. These two 3D symbols are seen as the alphabet B of the same plane when they are seen at the front. However, its form changes according to the switch of an angle, and viewers can see the two 3D symbols were designed in an individually different structure. The fact that construction models are created with detail and provide different sensations from different angles made them a suitable media for expressing Between.

In this project, we tried to make it possible for viewers to think about the definition of between one more by getting them to see the location where they look at this three-dimensional identity. Also this work was created by the idea that showing Between through 3D work would produce a lot better effect than the explanation of Between through 2-Dimensional identity.

The beginning of this work was in October 2010 in London, and it was done in 2011. The Between 3D Identity fit the ideas that the client wished to convey, to which the client was satisfied.