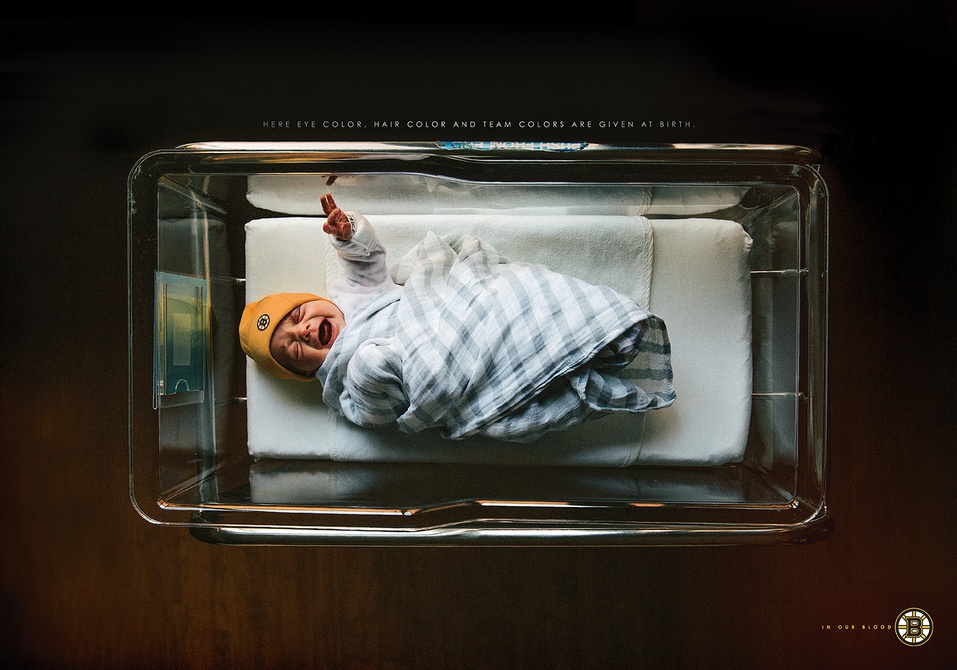 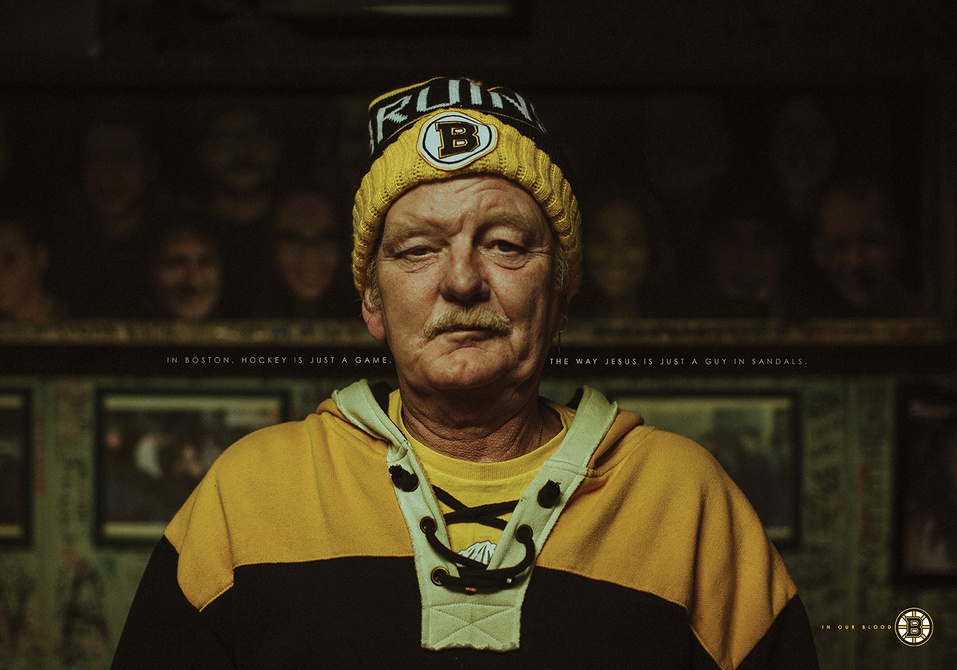 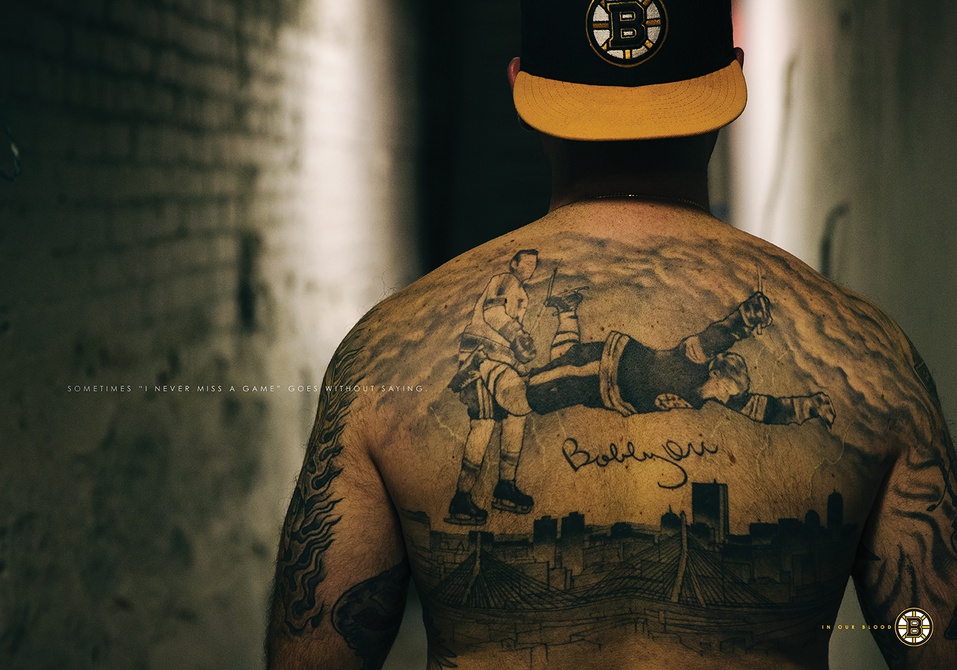 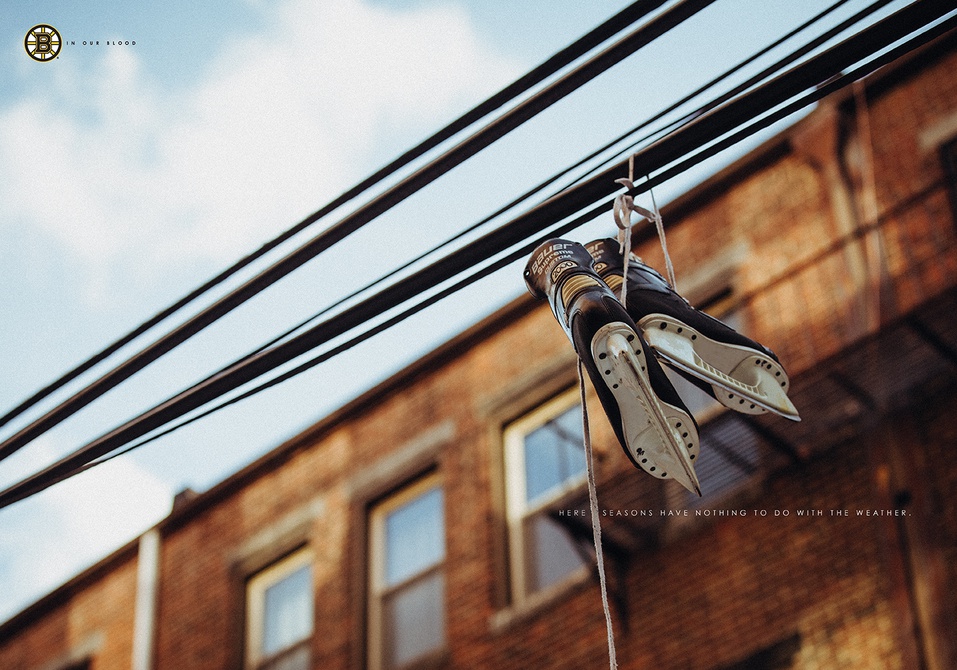 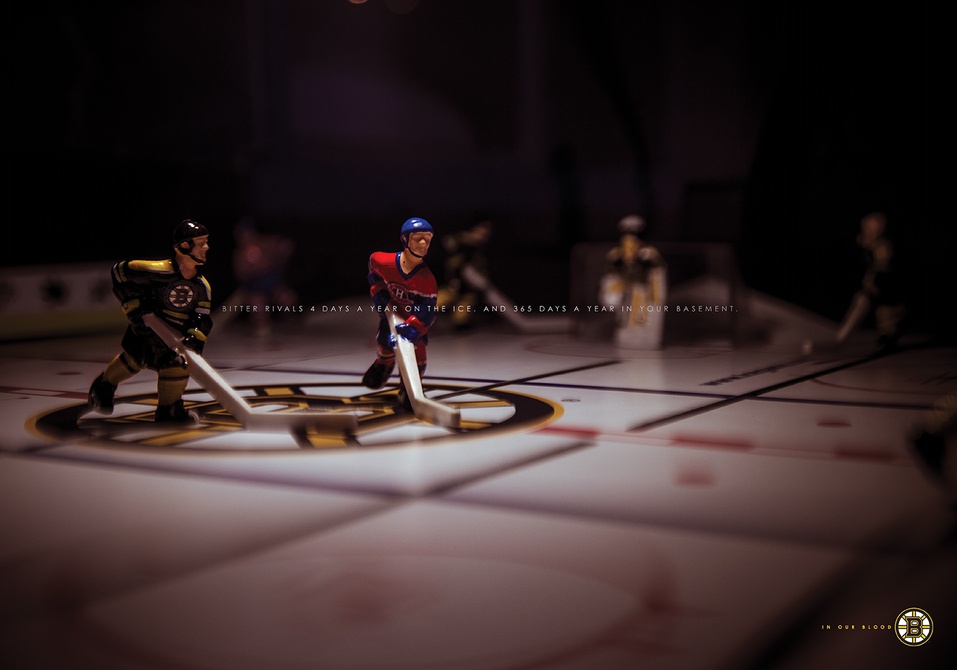 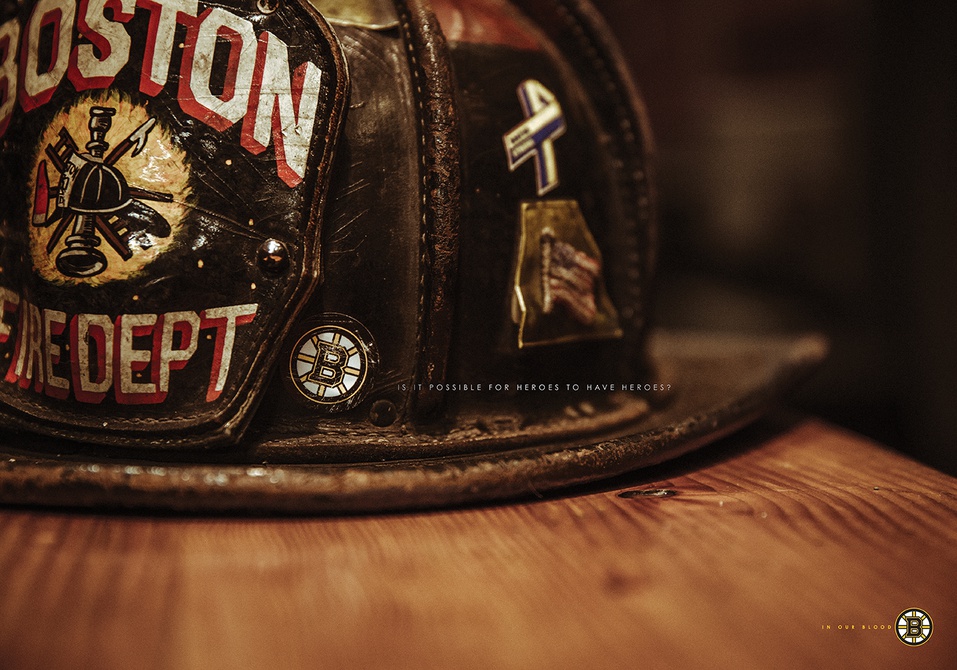 Title
In Our Blood

The 2017 NHL season did not get off to a great start for The Boston Bruins (professional hockey team). The team was fraught with injury and poor performance. And so a most difficult challenge was posed to the agency. With the organization focusing on player development and improving team performance, we were tasked with promoting the season without a well-playing team that fans were clamoring to embrace.

The Creative Brief challenged us to: Excite Boston Bruins hockey fans and sell tickets to the 2017 Stanley Cup Playoffs without the use of any players, coaches or game footage whatsoever.

Boston is one of the greatest sports towns in the world. With multiple, recent World Championships in baseball, football and basketball, sports marketing has become white noise to the residents. We knew the clichéd formula of epic athlete photos, action shots and glossy imagery would just get lost in the shuffle.

We also knew that Boston was an insider’s town. If you weren’t born and raised there, you generally aren’t granted access to the ‘inner circle.’ Knowing this, we made the conscious decision to only use real faces and credible places. No actors. No staged scenarios. No athletes.

Shot amidst an epic, three-day snowstorm in Boston’s most historic neighborhoods, the short film takes an intimate and cinematic look at the team’s emotional impact on the city and it’s residents.

Using vintage, Soviet lenses from the 70s, a filmic grain structure and a wide, 2:35 aspect ratio, we looked beyond the highlight reel footage of typical sports content and instead, stared deep into the gritty soul of Boston’s most hardcore fanbase.

Limited-edition posters were printed and distributed to fans before select games. Print ads decorated the pages of local magazines, and billboards were erected across the city, with images corresponding to specific neighborhoods. The print and out-of-home was also supported online, in-arena & on TV by a short film.

Utilizing the hashtag #InOurBlood, we created a social media campaign with the images that encouraged fans to show their passion for the team. Faithful fans flooded to Instagram, Facebook and Twitter, to share their own images.

The integrated campaign reached over 17 million people, with a 172% increase in engagement on the Bruins' social media channels. “In Our Blood” became a rallying cry. It was seen painted in the graffiti of Boston’s city streets, and even immortalized in the tattoos of the most diehard Bruin’s fans.