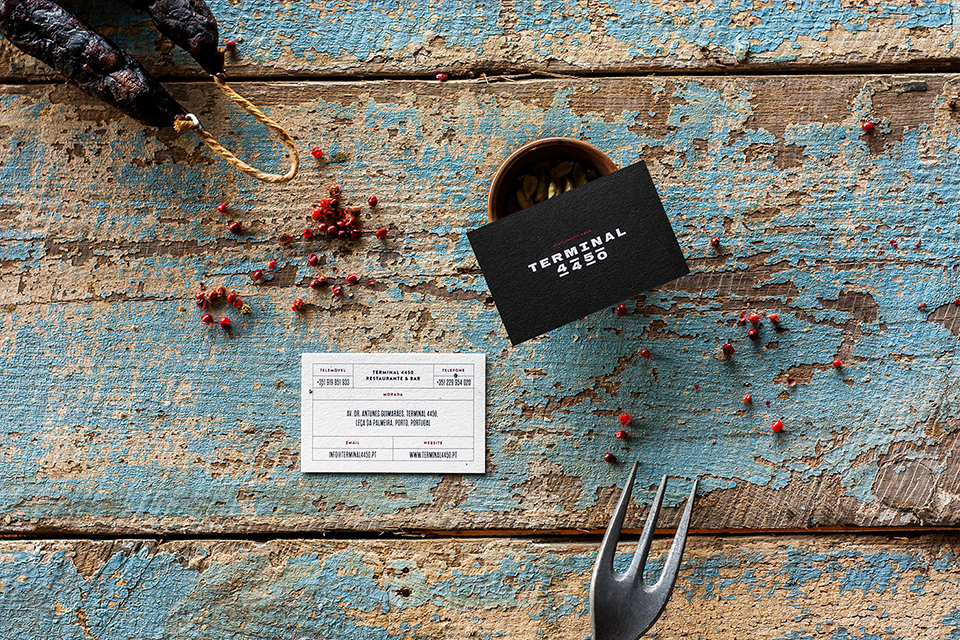 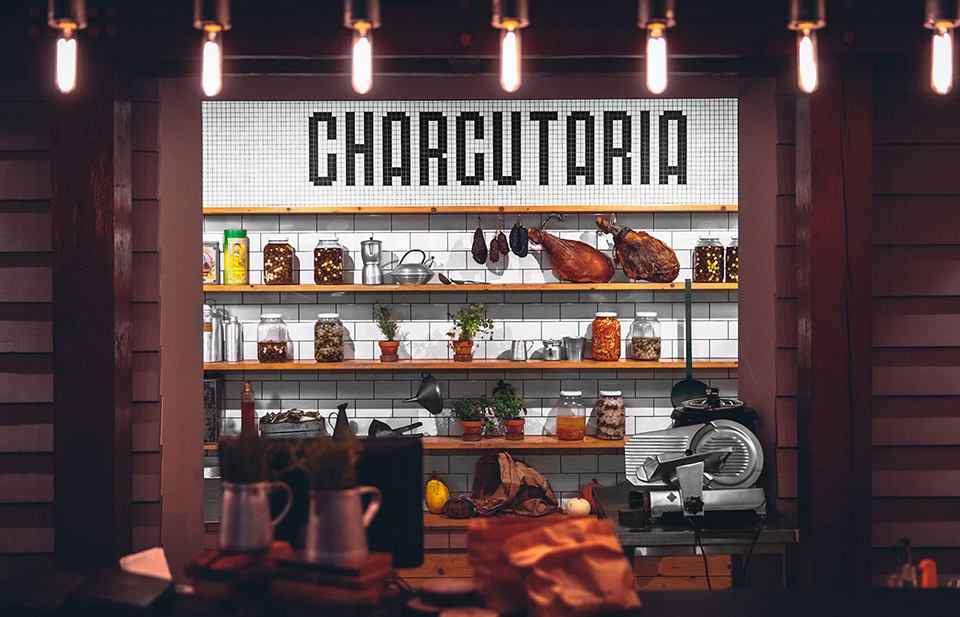 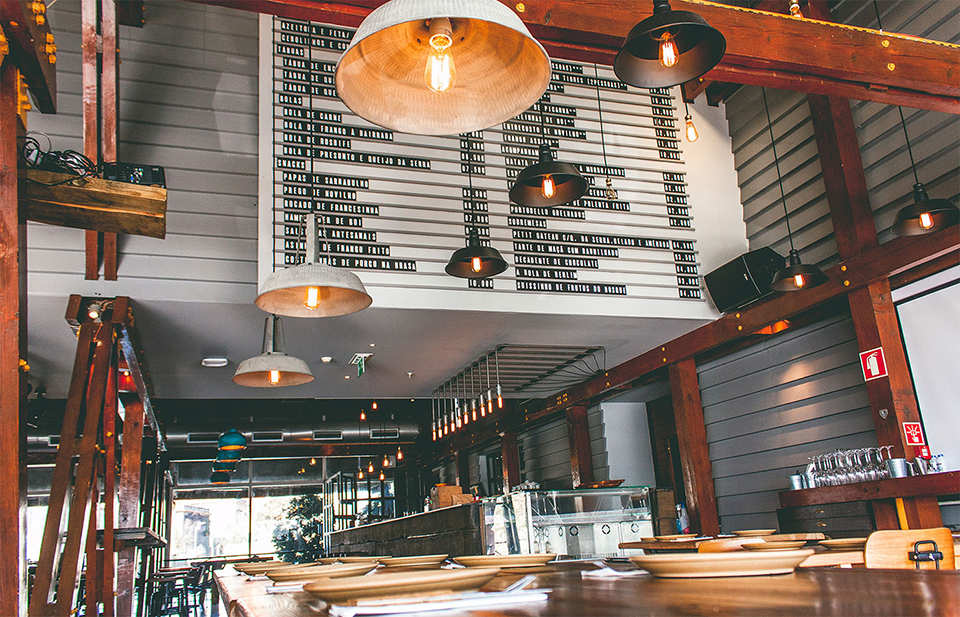 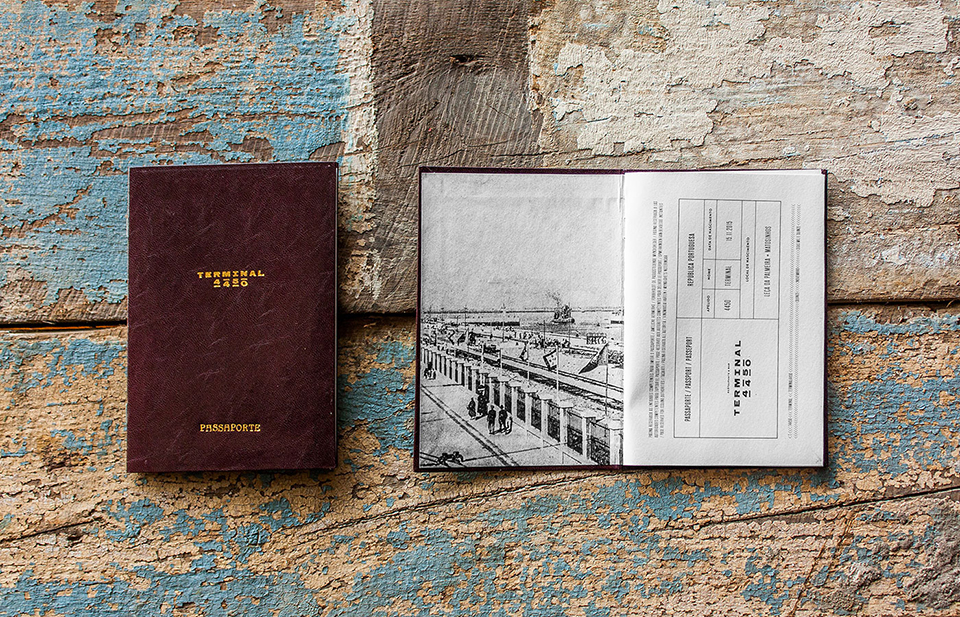 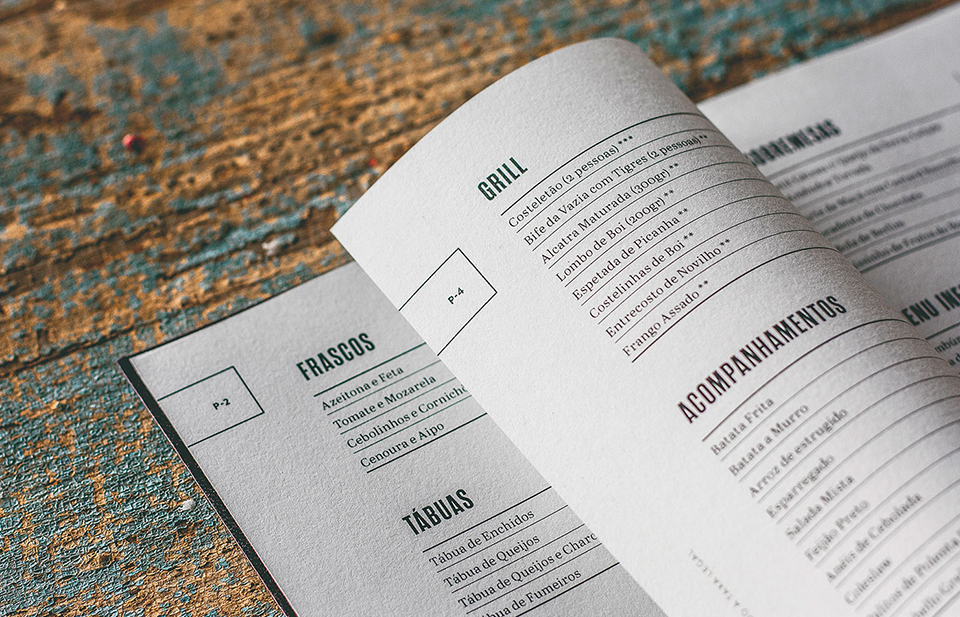 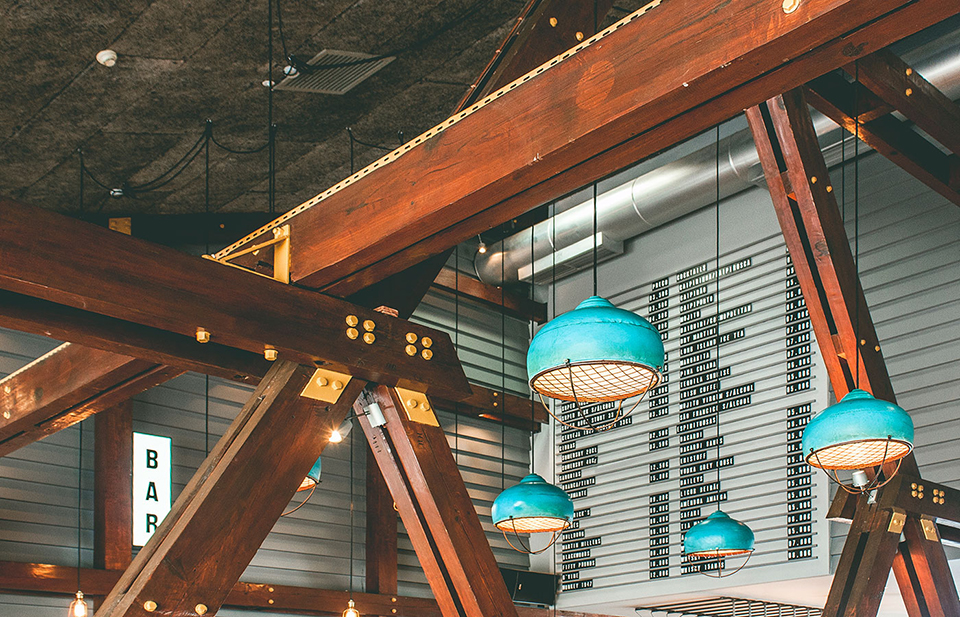 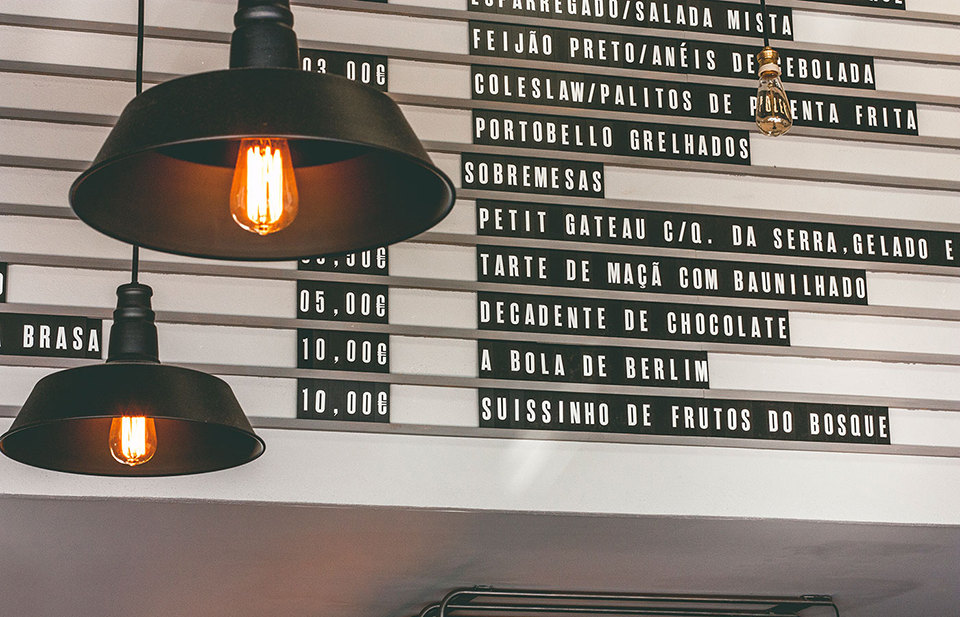 Terminal 4450 is a nonsense in itself: in one hand, its name is an ode to the place and the town where he settled, on the other is the opposite of the usual offer of the city, presenting itself as a modern but industrial steakhouse. Located in a Seaport, and where we can see the shuttle merchant ships and the usual bustle of a port through its windows, it is in the inside of an elegant and quiet space that we can find the contrast with the surrounding environment.
In order to bring the customer to feel a real travel experience, with appropriations of a typical airport environment, the entire graphic identity takes advantage of prominent objects of our travels, from bags to the passport through the structure linking the platform to the airplane. The brand has been crafted with the intent of looking like an exchange of numbers reminiscent of the departure and arrival airport terminal. Inside the space, a generously sized menu coexists with the same purpose, to give the customer the feeling of being in a platform, which awaits for his flight details when, in fact, the information he'll find is the menu of the Restaurant and Bar.
Thus, Terminal 4450 comes as an intruder in an area where it fits perfectly, creating a perfect synergy with the place in which it operates.