Between the first show 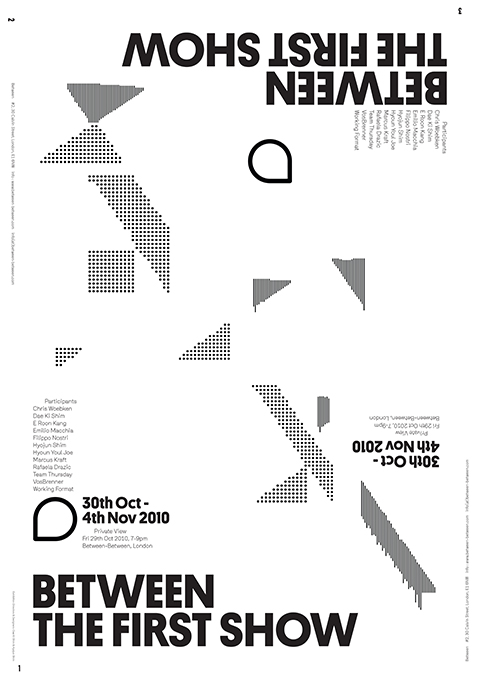 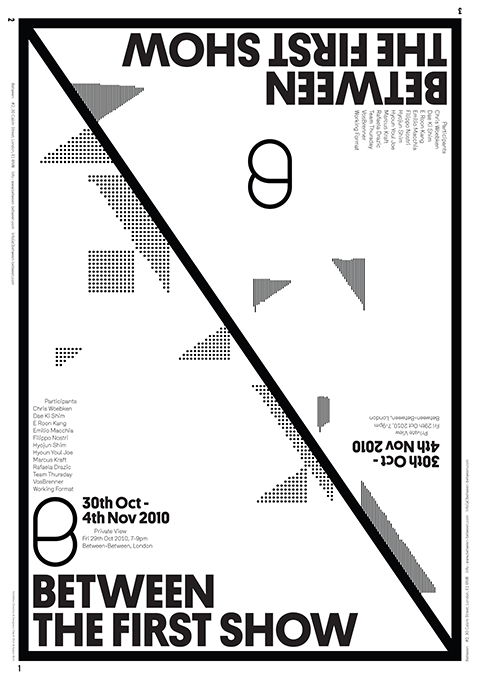 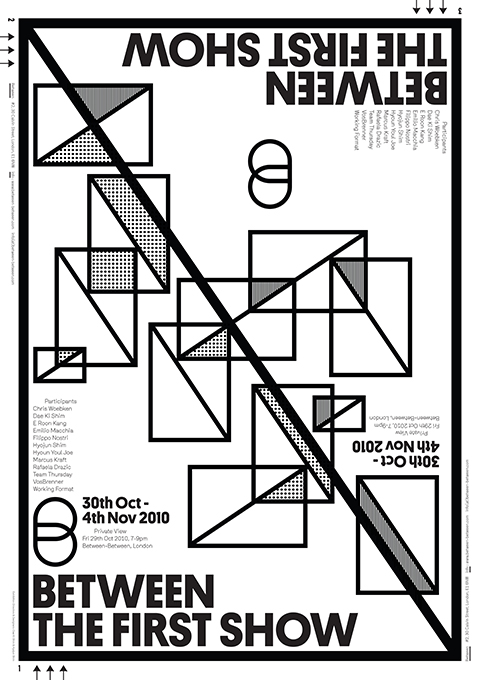 Title
Between the first show

The poster Between the First Show was used to promote the opening exhibition of Project Space: Between Gallery in Shoreditch, London, designed in 2010. Twelve teams of designers from nine countries freely participated to express the theme Between.

The promotional posters for Between The First Show contain the graphic motifs of square box and diagonal lines, and the meaning of the work Between. Each square box represents the twelve participating designers, and the intersecting point between each box shows the realistic link between the participated designers. With such common denominator of visual overlap, the work was made to imply the meaning of the word Between.

The posters fit the ideas that the client wished to convey, to which the client was satisfied.