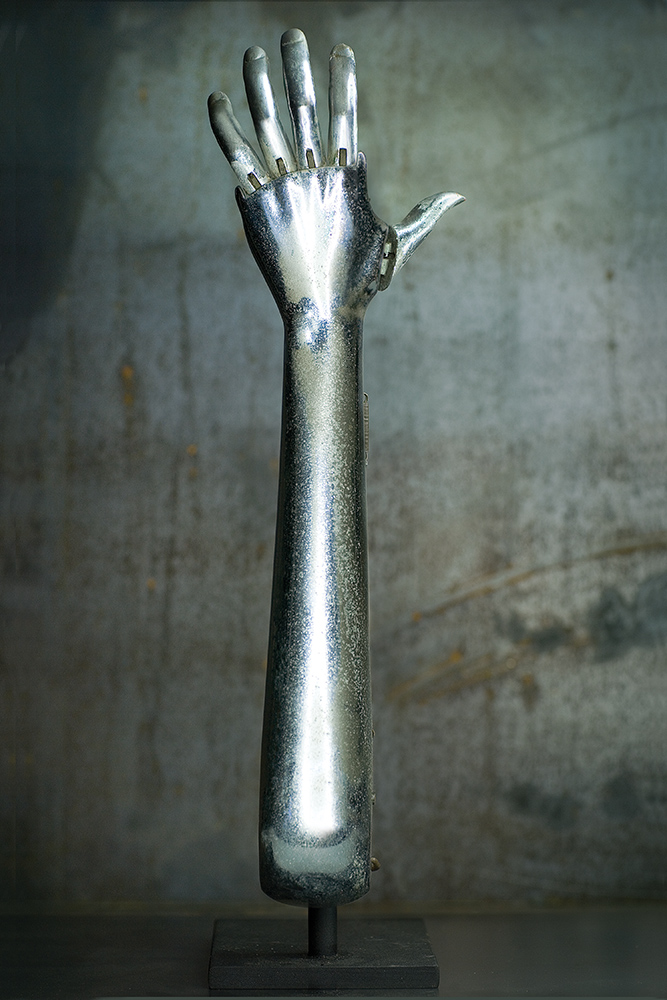 Hoodwinks. Prosthetics. 19th century smoke helmets. Art deco French beauty aids. Anti-baldness gadgets. Civil war mortician’s reconstruction kits. Industrial safety equipment. Obsolete instruments of the early mental health industry. This is METAL; a series based on the collection of a man called simply, The Radio Guy. A certain cliché regarding pure design is: form follows function. METAL is the opposite: form inspires perception. The Radio Guy, who at one time was an apprentice under the brilliant streamline designer, Raymond Loewy, recognized this fact. What may initially seem like a rather eclectic collection of contraptions is really very visually cohesive. One really only needs a couple electrodes and an outlet to administer electroshock therapy, but add a touch of “Metropolis”, a few bands of sleek metal, and the whole thing jump-starts the imagination. Needless to say, this project brought me great satisfaction, especially since I was able to add a bit of my own alchemy. – Dennis Manarchy