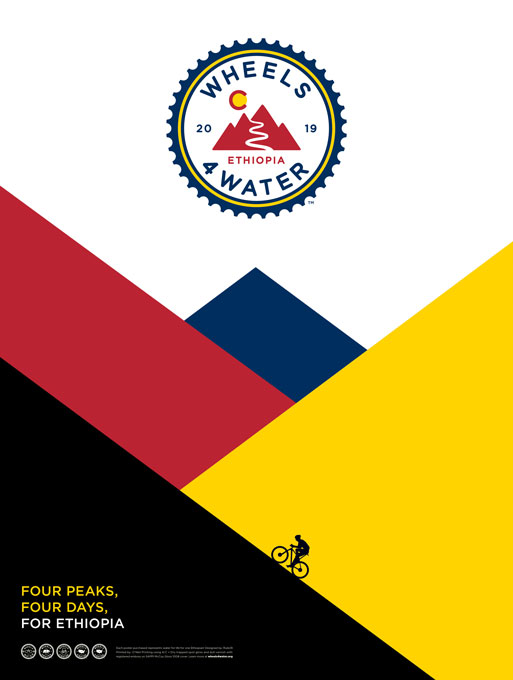 Lifewater is a Christian non-profit organization committed to ending the world water crisis, one village at a time. For more than 40 years, Lifewater has been bringing clean water, improved health, and the hope of the gospel to families living in extreme poverty. Since 1977, they have served more than 2.5 million people across 45 countries with their WASH program. When combined, safe Water Access, Sanitation, and Hygiene (WASH) practices can help make clean water sustainable and nearly eliminate waterborne diseases that plague so many poverty-stricken nations today, like Ethiopia.

Ethiopia is regularly listed as one of the poorest countries in the world. One-third of Ethiopians live in extreme poverty, on less than $1.90 per day. Health is also a significant challenge, with life expectancy 15 years less than the western world. The water and sanitation situation is similarly dire, with approximately half of the rural population lacking access to safe water and two-thirds lacking improved sanitation. A Lifewater survey of the region found that the average household uses less than half of the minimum water consumption needs currently estimated by the World Health Organization. In Bensa, Lifewater has found that women spend an average of 2-5 hours each day fetching the very water often making them and their children sick.

Since 2014, Lifewater’s Wheels4Water has imagined and executed new ways in which anyone can make a tangible difference in the fight against the global water crisis using only bicycles, a passionate community, storytelling, and heart for doing good. The rides of 2014 – 2018 met incredible success. Communities across the United States joined Wheels4Water fundraising efforts to raise over $230,000, giving thousands of people in Ethiopia, Uganda, and the Democratic Republic of the Congo access to safe water. The vision of 2019 was set on new heights...literally. Wheels4Water set an incredible goal to cycle 4 of Colorado’s most challenging peaks in 4 days to change the lives in 4 Ethiopian villages. To do so, cyclists would be facing 20,000 feet of elevation from Aspen to Mount Evans to raise $70,000 and transform lives in the Bensa District of Ethiopia with safe water, sanitation and hygiene training for life.

Being familiar with the work that Lifewater does and the incredible way Lifewater increases the quality of life for thousands of people, Rule29 gave special attention to designing the poster for the 2019 Wheels4Water ride. The colors came from the setting of the ride, and Rule29 used the official colors of the Colorado flag as the palette. Graphically, the poster was designed to highlight the steep incline of the four peaks being conquered in four days and the extreme challenge of the climb this ride included. The lone cyclist represents the ultimate individual challenge each participant would face to reach their goal, climbing uphill with their bike. Highlighting the challenges of the cyclist was one feature that was carried over from previous Wheels4Water rides. Rule29 chose to bring the print effects used on this year’s poster from previous years as well–dry trapping the cyclist and hitting with a gloss effect. These features carried over were selected to celebrate the success Wheels4Water has had in the past and in hopes that the same success would pass on to the 2019 ride.

Lifewater was thrilled with the reactions the 2019 Wheels4Water poster received. The poster complimented the year’s promotional materials and the overall Wheels4Water brand collateral. Before the 2019 ride, Wheels4Water had raised a total of $750,000. For 2019, Lifewater and the cycling teams were aiming to raise $70,000, and like every year before, Wheels4Water exceeded expectations. By the end of 2019, Lifewater’s Wheels4Water raised a total of more than $850,000 for clean water and sanitation education. That means that more than 19,500 people have received clean water for life. Rule29 is honored to have been part of such a worthwhile project, and we look forward to being part of the 2020 ride!