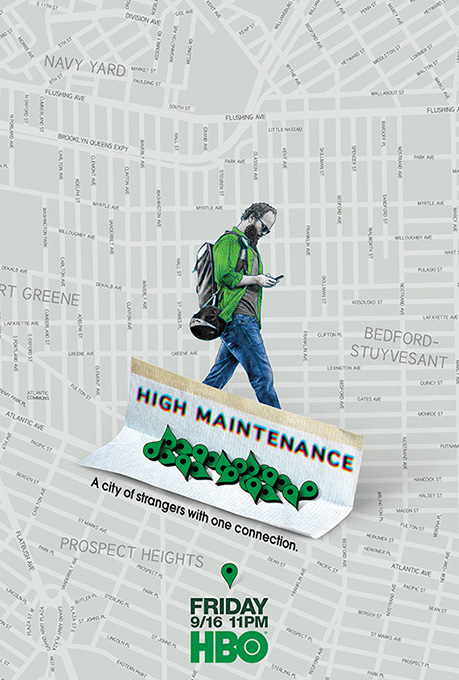 Originally a critically-acclaimed webseries on Vimeo, High Maintenance came to HBO for all new episodes. The show follows a nameless Brooklyn-based pot dealer, “The Guy”, on his adventures as he delivers his product to a diverse client base. The show is not about stoners or pot, but about “The Guy” and the interconnectivity of people through one common connection - his job. High Maintenance, filmed in Brooklyn, possesses a very distinct Brooklyn vibe, as it showcases the various neighborhoods throughout his deliveries. The goal: Position the show as a hip, clever, easy to watch comedy about people and relationships as seen through the eyes of one guy— their pot dealer. Avoid positioning as "a show about pot".

Succinctly convey the premise: a weed show that isn’t about pot but the connections he makes along the way. Allude to marijuana without overt references, such as marijuana leaves. Maintain an indie, Brooklyn vibe.