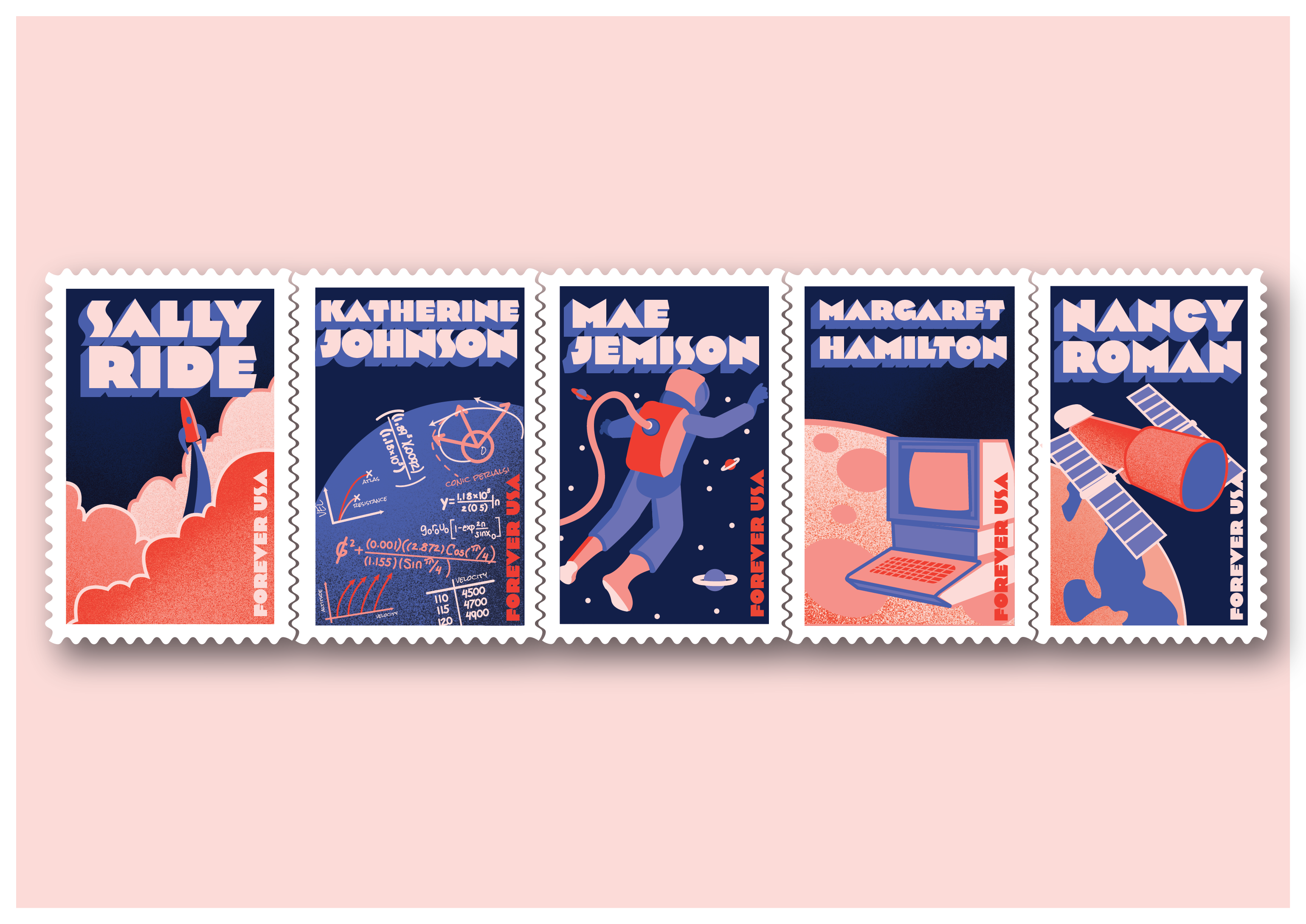 Title
To the Moon and Back - Stamps

The assignment was to design a series of 4 or 5 US postal service stamps that feature typography and focuses on a group or theme that is underrepresented. The challenge of this project was to work at an extremely small size—1 inch by 1.5 inches—and still get the concept across.

I chose to focus on the women of NASA, of how there were many women that were leaders that paved the way for other women to follow in their path. I wanted to create a cohesive series of stamps, so I kept the typography and color palette consistent throughout the entire pane. Each woman that I chose—Sally Ride, Katherine Johnson, Mae Jemison, Margaret Hamilton, and Nancy Roman—all contributed in their own way to get us into Earth's orbit, to the Moon, and beyond.

The unusual color choices were met with great success when I presented my work to the class. After fixing up a few illustrations and editing the pane's description text, the final version was ready!