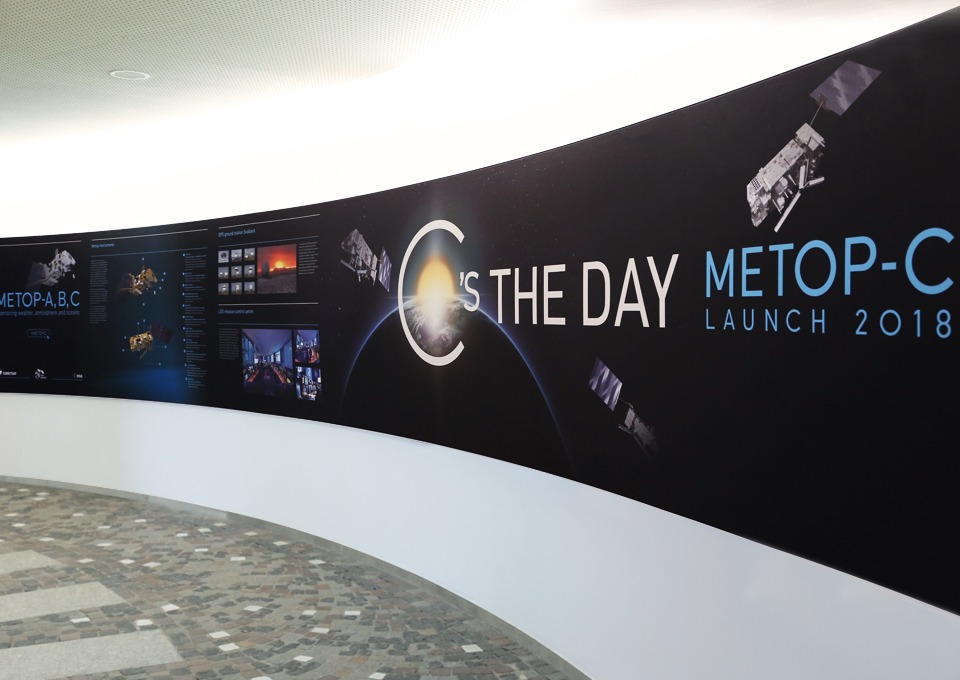 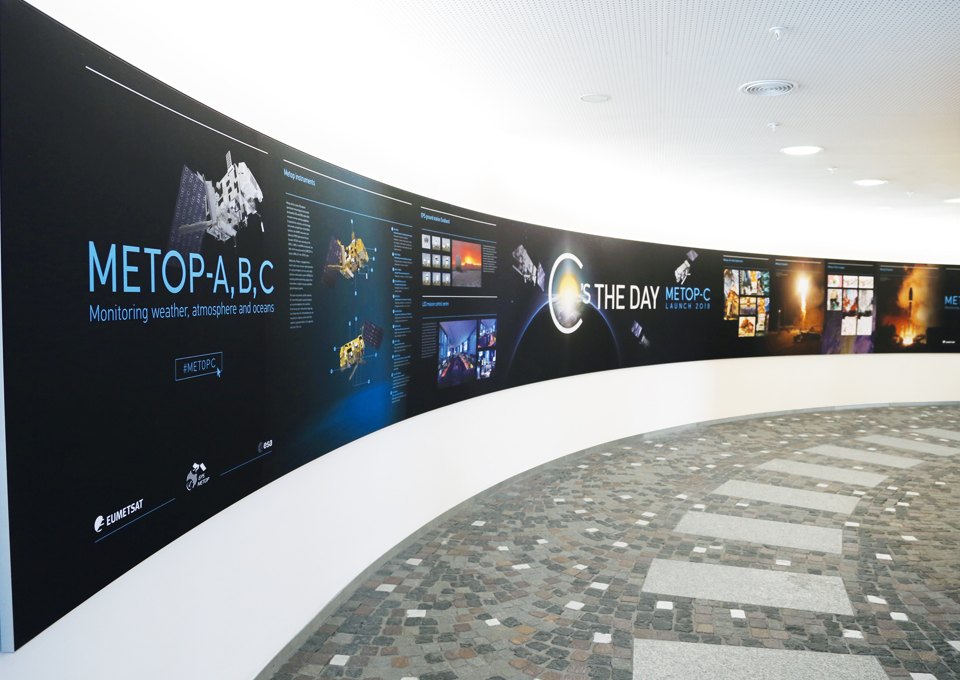 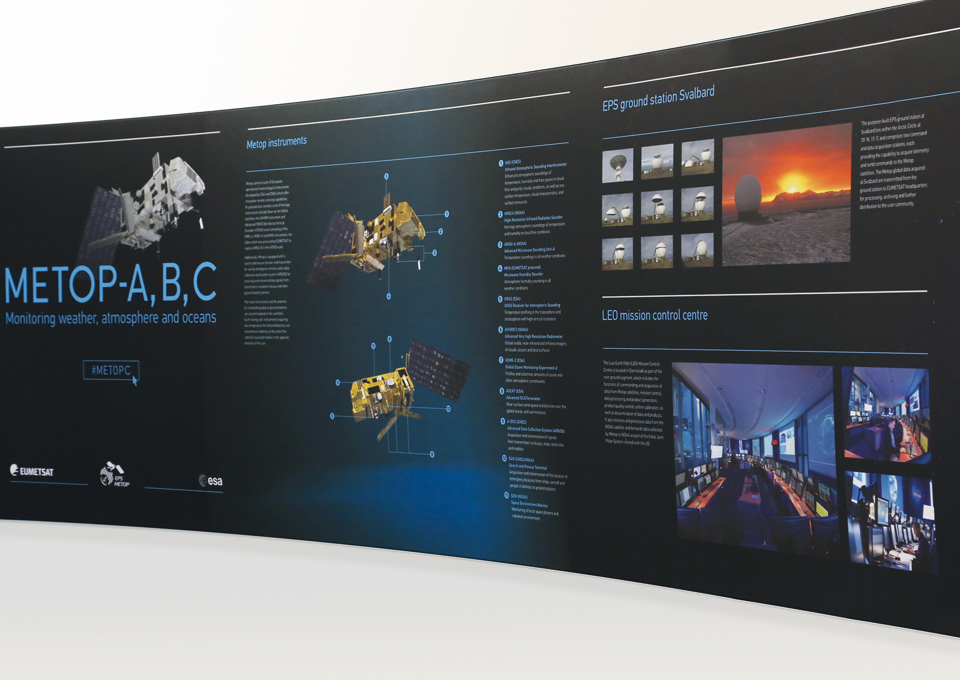 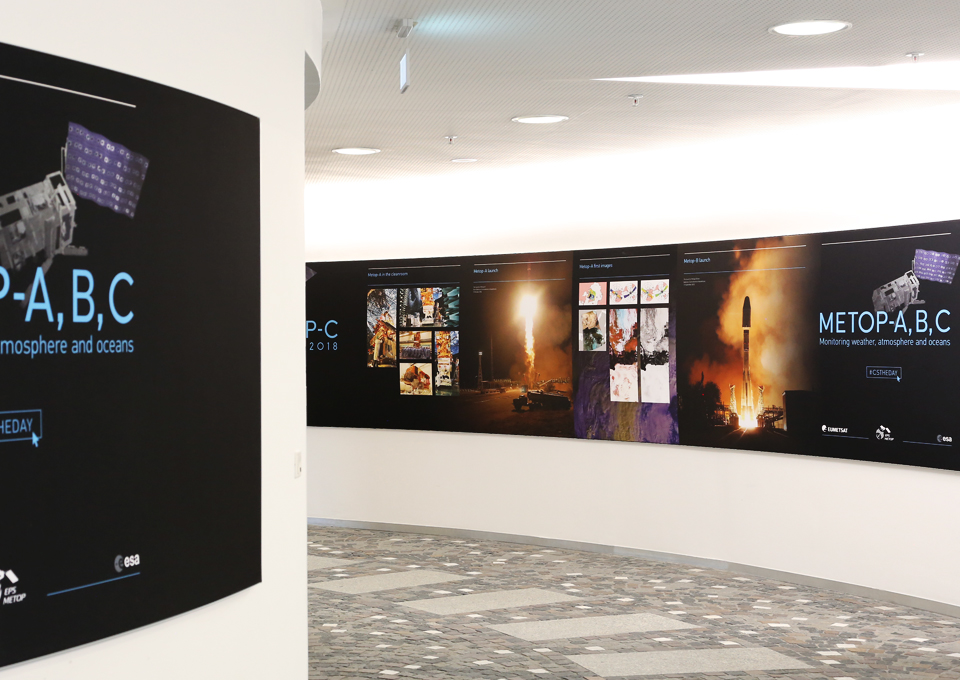 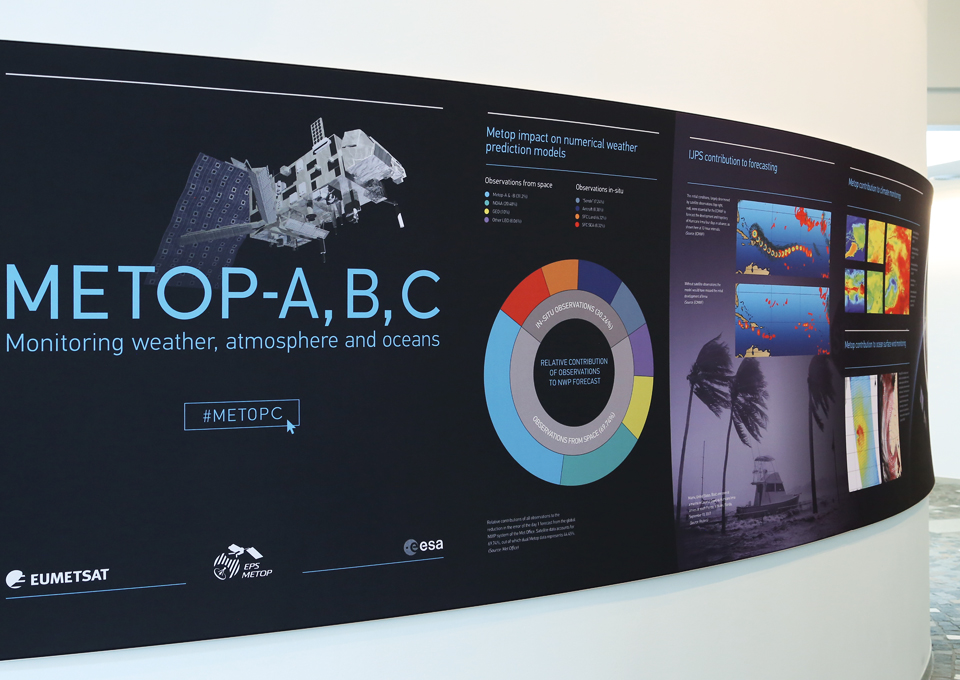 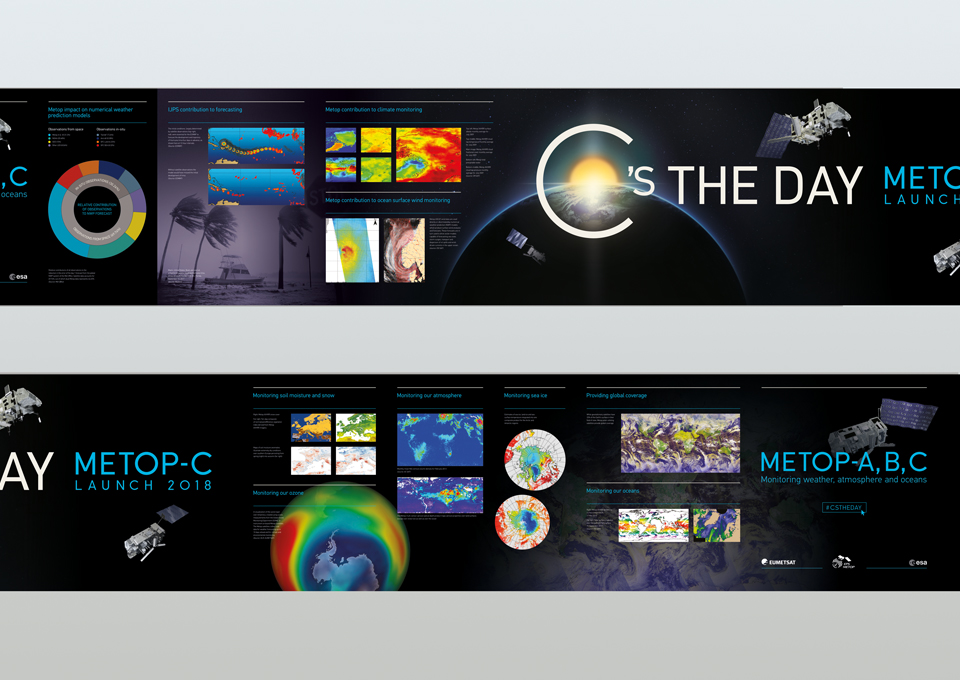 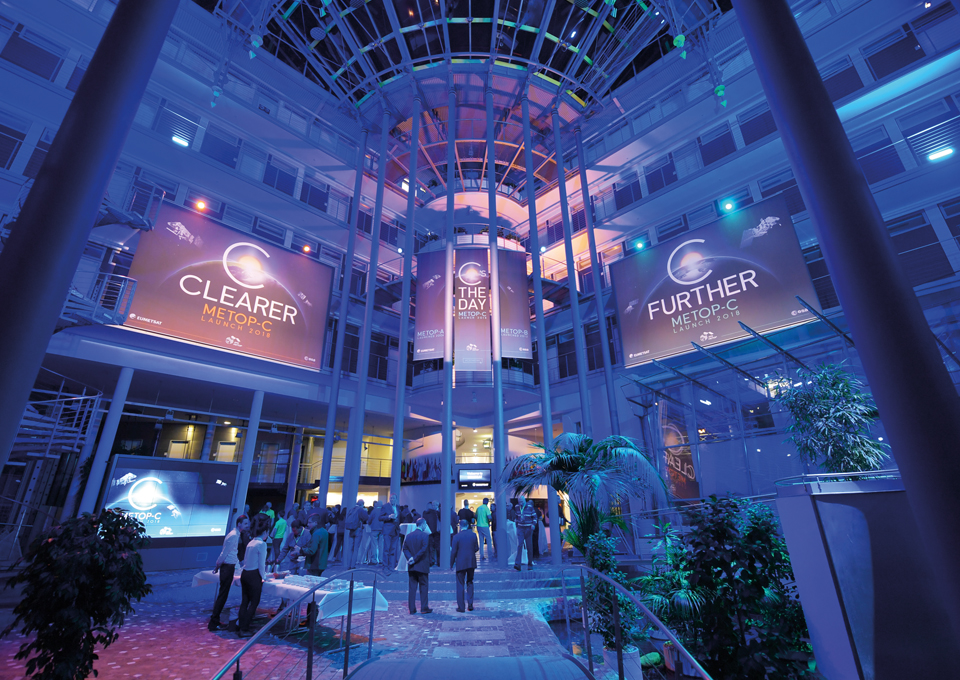 EUMETSAT is a global operational satellite organisation currently serving the 30 European Member States. The organisation’s mission is to gather accurate and reliable satellite data on weather, climate and the environment around the clock, and to distribute this data to EU members and other worldwide users.

Metop is a series of three polar-orbiting meteorological satellites that form the space component of the overall EUMETSAT Polar System. These satellites are referred to as Metop-A, Metop-B and Metop-C.

In 2018, Metop-C was launched to become part of a 3-satellite Metop constellation. The launch of such a complex state-of-the-art system brought together some of the world’s leading engineers and scientists.

A comprehensive branding project was required to build anticipation for the launch date within the scientific community. The objective of the campaign was to position Metop-C as the star of the day, while also highlighting the important role that EUMETSAT plays in sharing weather and climate data with the world.

As the newest of the Metop satellites, Metop-C represented a new era in the way the Earth's weather, climate and environment would be observed. It was important to communicate these new and innovative features, while also communicating the legacy of Metop-A (launched in 2006) and Metop-B (launched in 2012).

O’Shaughnessy Creative realised early in the creative process that it was paramount to build a sense of excitement around the huge significance of the launch date. For the launch event, we asked everyone to “seize the day” – as this was a profound and momentous occasion.

The concept emphasises “C” as the hero while working cohesively with satellites A and B.

Various locations within the EUMETSAT headquarters were used to visually promote the Metop-C launch. The atrium entrance’s 360-degree curved interior design was the perfect medium to capture the timeline of EUMETSAT’s achievements.

On launch day, the program rollout also included a social media countdown that was promoted with the hashtags #CTHEDAY and #METOPC. The multi-media campaign was also supported by animated videos, targeted advertising, and a series of events where visiting scientists and Met Services representatives could discuss the benefits of Metop-C and the 3-satellite constellation.

The overall creative impact was an astounding success, as the campaign built a solid engagement with the EUMESTAT brand, while delivering a clear message to the scientific community that the state-of-the-art service provided by EUMETSAT continues to enhance and safeguard the daily lives of European citizens.